“I have officially suspended my ground campaigns especially in slums and informal settlements in Nairobi. Such areas are prone to breeding goons who don't even vote,” begins an astonishing quote attributed to Kenyan businessman and politician Polycarp Igathe.

It continues: “I will keep my politics in boardroom and wait for Raila and Uhuru's endorsement. I know nothing will block my victory even without slum votes.”

Kenya is set to hold general elections on 9 August. Igathe is running for the Nairobi governor’s seat under the Azimio la Umoja One Kenya coalition ticket. 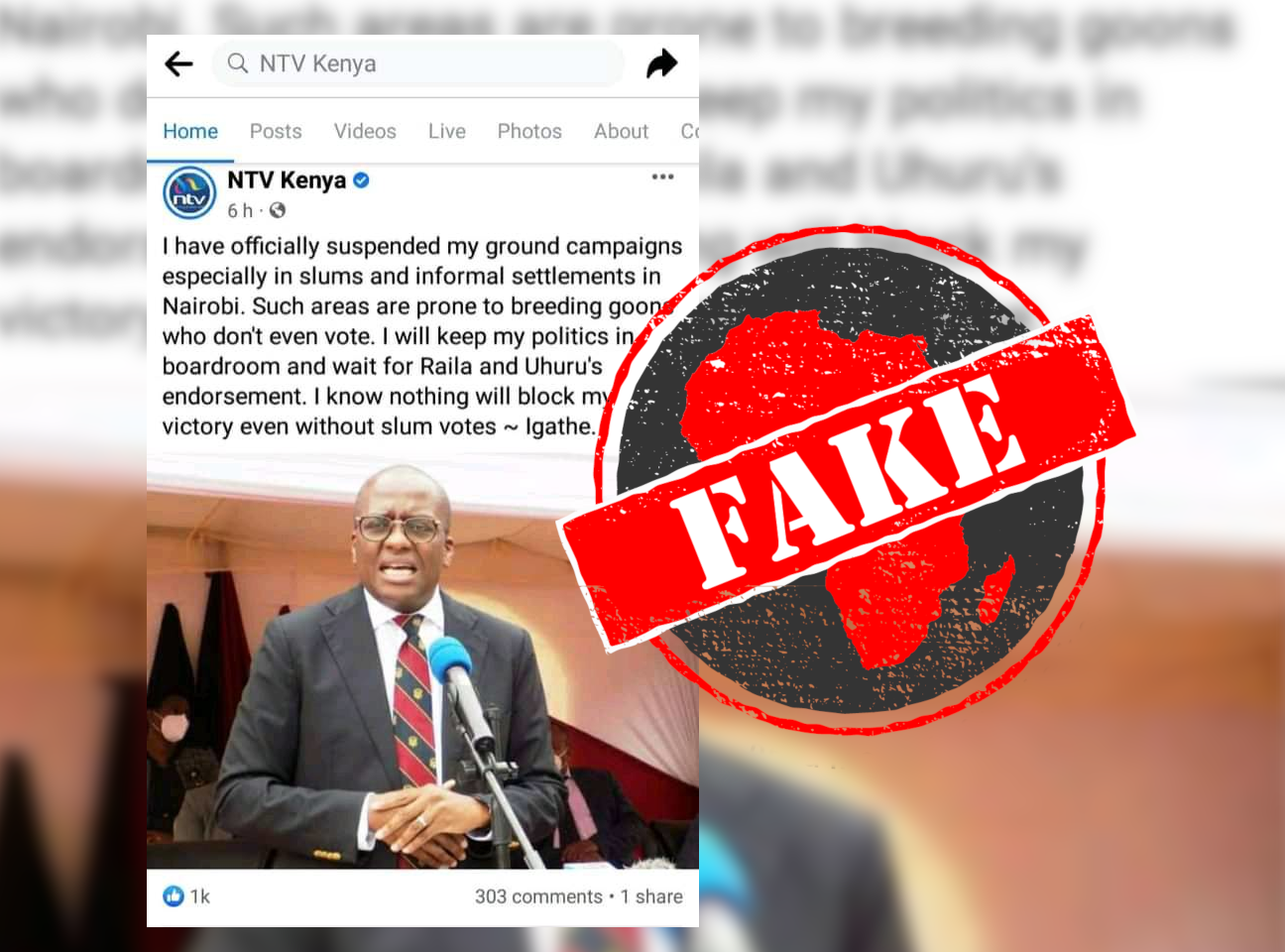 Kenyan politicians are highly unlikely to insult potential voters. Instead, they strive to strike a tone that will appeal to low-income earners.

Africa Check went through NTV Kenya’s Facebook posts in the three days before the screenshot appeared online. We did not find this post.

We also searched Facebook for the exact quote and came up empty. And we couldn’t find any media interviews in which Igathe said this.