A message posted on Facebook in late January 2022 quotes Kenyan politician Boni Khalwale, a former senator for Kakamega county and member of the United Democratic Alliance (UDA), as saying he may leave his party to join the Azimio la Umoja coalition of political parties.

Kenya is set to hold general elections on 9 August.

A photo of Khalwale, who is running for governor of Kakamega county, is shown below the message.

Azimio la Umoja (“declaration of unity” in Kiswahili) is headed by former prime minister Raila Odinga, who is running for president. So far 15 smaller parties have joined the coalition, including the Democratic Action Party of Kenya (DAP-K).

Odinga’s rivals for the top job include Musalia Mudavadi of the Amani National Congress and Mudavadi’s ally William Ruto, the current deputy president.

But did the former senator say he may leave the UDA for Azimio? We checked. 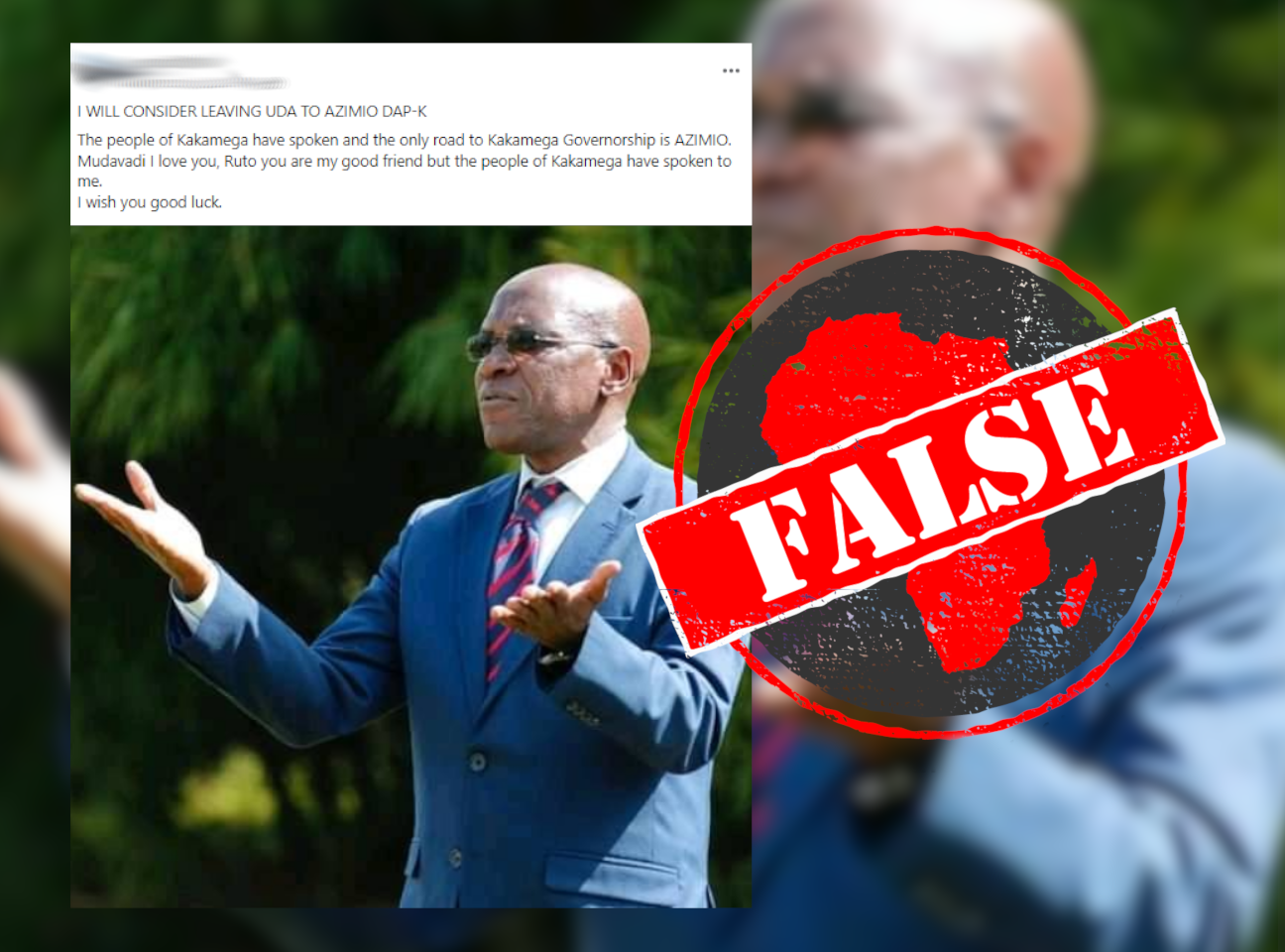 Khalwale launched his bid for the Kakamega governorship on 28 December 2021 under the UDA ticket. A campaign poster he tweeted on 8 February – two weeks after the claim appeared – carries the UDA logo.

Hahaa! Desperate livestock are unable to find a candidate who can match me! They think this fake banter can sway me to their Azimio la utapeli.
Go away. pic.twitter.com/5jAAFHSuBr

“Hahaa! Desperate livestock are unable to find a candidate who can match me!” he wrote. “They think this fake banter can sway me to their Azimio la utapeli [declaration of fraud]. Go away.”