No, Kenyan polling firm Infotrak has not released any new ‘approval ratings’ of county leaders – beware of fake ratings

An image posted on a public Facebook group with over 142,000 members appears to show “approval ratings” of members of county assemblies (MCAs) in Meru county in Kenya.

The image is of a table attributed to Infotrak Research and Consulting, a polling and market research company in Kenya, and includes the firm’s logo.

Putting aside that it’s unclear what time period would be measured by “2021 (Oct-January)”, in June 2021, Africa Check debunked an almost identical graphic. The earlier version claimed to show the approval ratings for MCAs in Meru country from April to June.

We could then find no evidence that the graphic had originated with Infotrak, and contacted the company for comment. They said: “We have not done any surveys in Meru county since December 2020 on political popularity of any elective post. Consider it as fake news.”

The new list has been shared in Facebook groups with a joint membership of over 184,000 members. Is this one genuine? 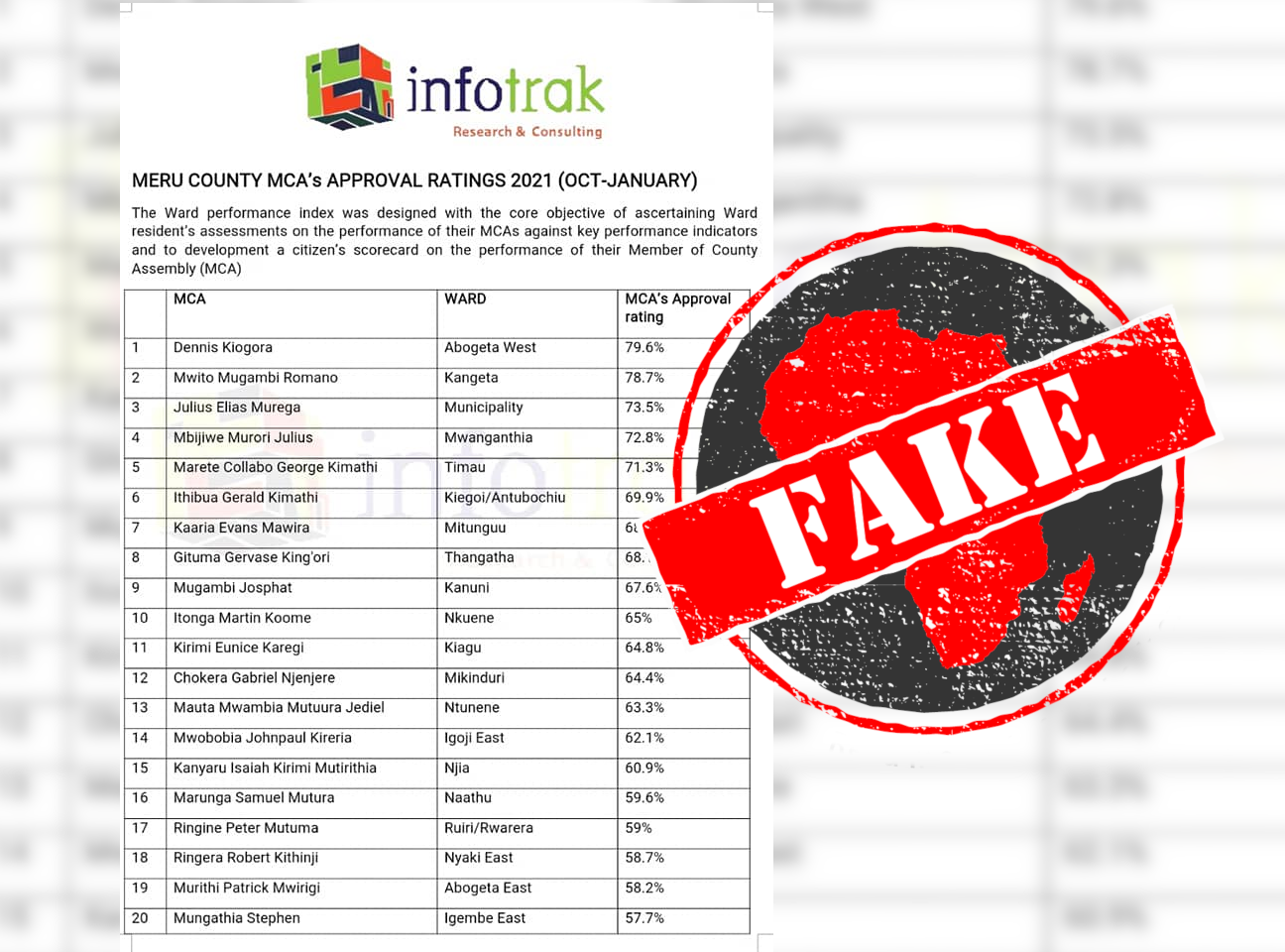 ‘We did not release such a report’ – Infotrak

Infotrak cautioned the public against the new fake graphic on Facebook.

They posted: “Please don't fall victim to rumour mongering. We did not release such a report.”

Infotrak previously told us that the company’s most recent poll, from 2020, for all Kenyan counties could be viewed at http://countytrak.infotrakresearch.com.