No, Kenyan president didn’t tweet that Covid curfew would only be lifted when BBI constitutional changes were accepted

Kenyan president Uhuru Kenyatta has tweeted that he will only lift the nationwide night-time Covid-19 curfew if citizens accept controversial proposed changes to the constitution under the Building Bridges Initiative.

“Ile siku mtakubali BBI ndio nitatoa curfew,” it reads, in Kiswahili. This translates as: “The day you accept BBI is the day I will lift the curfew.” The tweet is also quoted in the text of another Facebook post.

The Building Bridges Initiative was set up after the “handshake” truce between Kenyatta and Orange Democratic Movement opposition leader Raila Odinga in 2018. The two have been at the forefront of popularising amendments to the constitution, which will be decided in a referendum.

On 3 January 2021, Kenyatta extended the curfew to 12 March 2021, saying the Covid-19 pandemic remained a threat to health and livelihoods in Kenya.

But did the president tweet that the curfew would only be lifted when people accepted BBI? We checked. 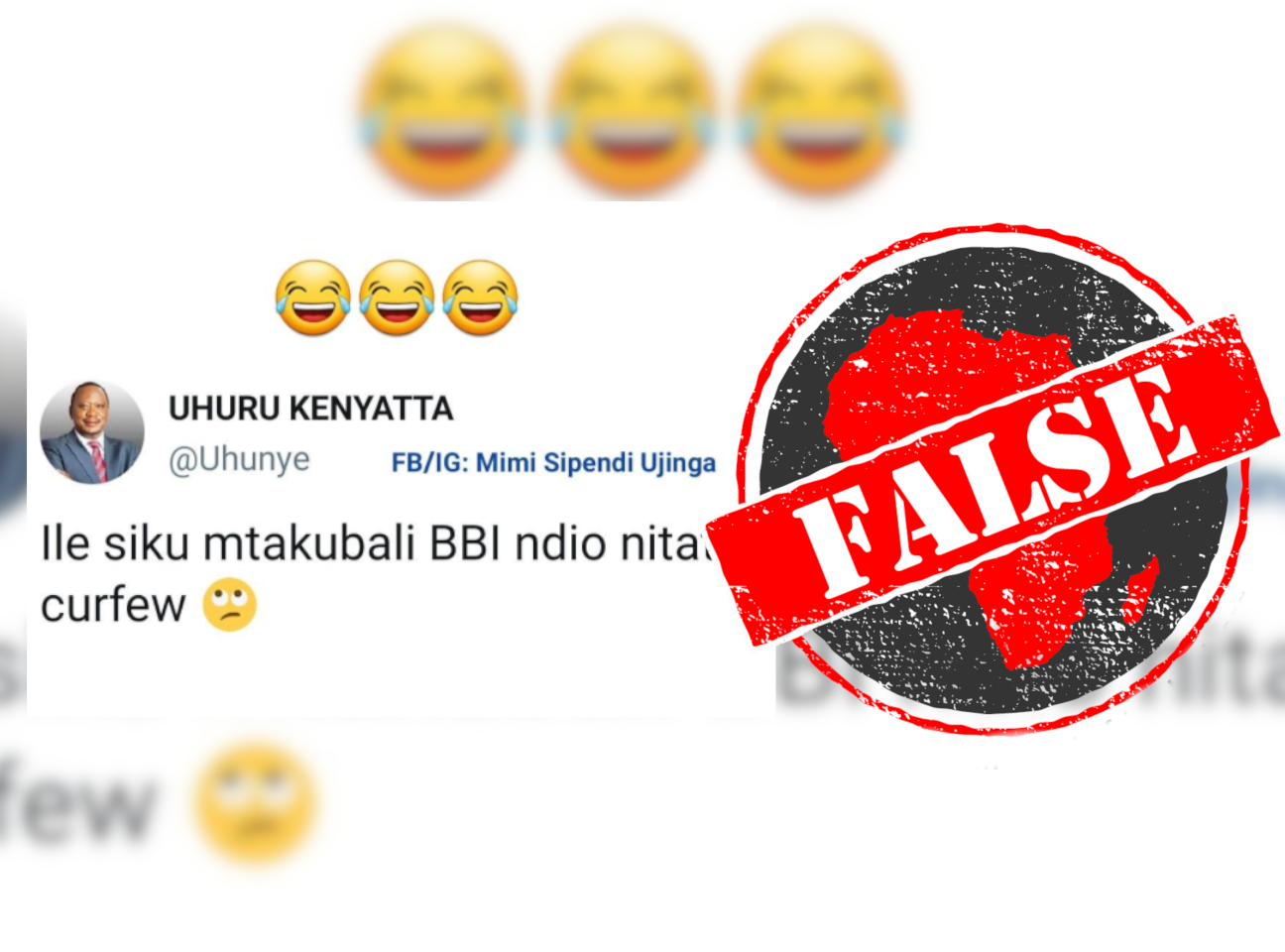 Kenyatta not on social media

The president confirmed in November 2020 that he had quit the platforms.

“I am not good at it. I also left Twitter because it was full of insults and nothing constructive,” he was quoted as saying, in part.

Almost all updates from the president’s office now appear on the State House Kenya Facebook and Twitter pages.

It has been described as a “parody account of the fourth and current president of the Republic of Kenya”. Most of the screenshots being circulated have the word “parody” removed, to make it appear authentic.