That’s according to what appears to be a “special issue” of the Kenya Gazette, the government’s official publication, posted on Facebook several times. It’s dated 1 June 2021 and numbered 93.

Ngari, also known as Gakuyo, is a controversial bishop of the Calvary Chosen Church. Firms associated with him – Gakuyo Real Estate, Ekeza Sacco and Gakuyo Investment Club – were in March 2019 reported to be under investigation. He has also been investigated for a scandal at Ekeza Sacco.

But has Kenya’s president appointed a man with such a reputation as the “chaplain and intercessor” of his official residence, State House? We checked. 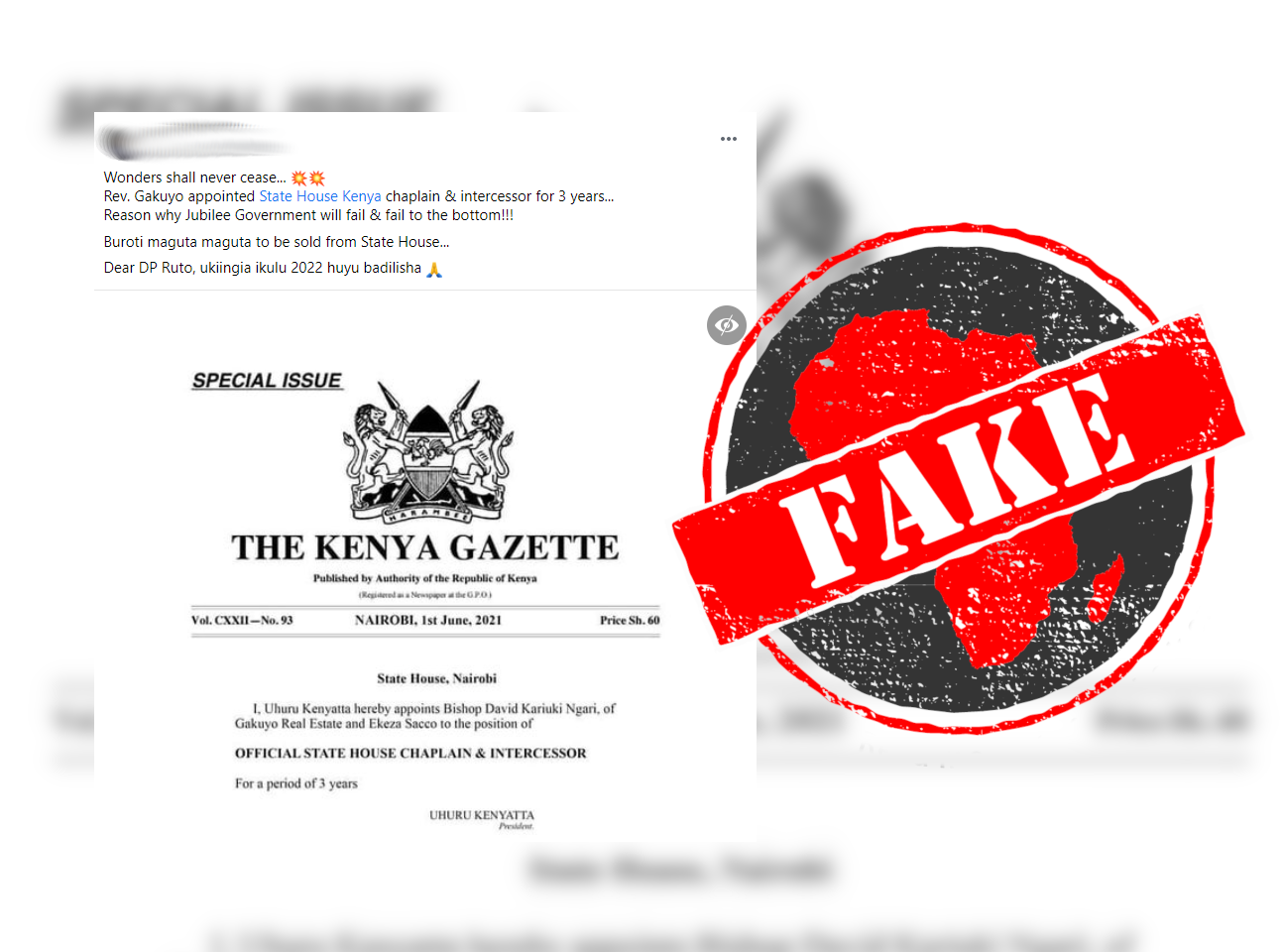 The “special issue” the Kenya Gazette can’t be found on the Kenya National Council for Law Reporting’s website, which keeps track of legislation and gazette notices in Kenya.

It’s also not on the Kenya Law website or in the Africa Gazettes online collection.

Only two gazette notices were published in June: number 125, released on 4 June, and number 130, released on 11 June.

Gazette notice 93 can be found on the Kenya Law website. It was published on 3 May 2021 – not 1 June – and has nothing to do with appointments.

Kenya’s president has not appointed Gakuyo as the State House chaplain and intercessor. The gazette notice is fake.