The Elgeyo Marakwet county senator, Kipchumba Murkomen, is known to be a close ally of deputy president William Ruto and his Kenya Kwanza political alliance. But in the video he appears to endorse Odinga, Ruto’s main competitor.

Odinga is running for president in Kenya’s August 2022 general elections under the Azimio la Umoja One Kenya coalition ticket.

While many of the videos posted are only four seconds long, only capturing the part where Murkomen appears to endorse Odinga, other slightly longer versions exist, but these are still missing clues as to when and where the video was filmed.

Has Murkomen switched allegiance, as shown in the video? We checked. 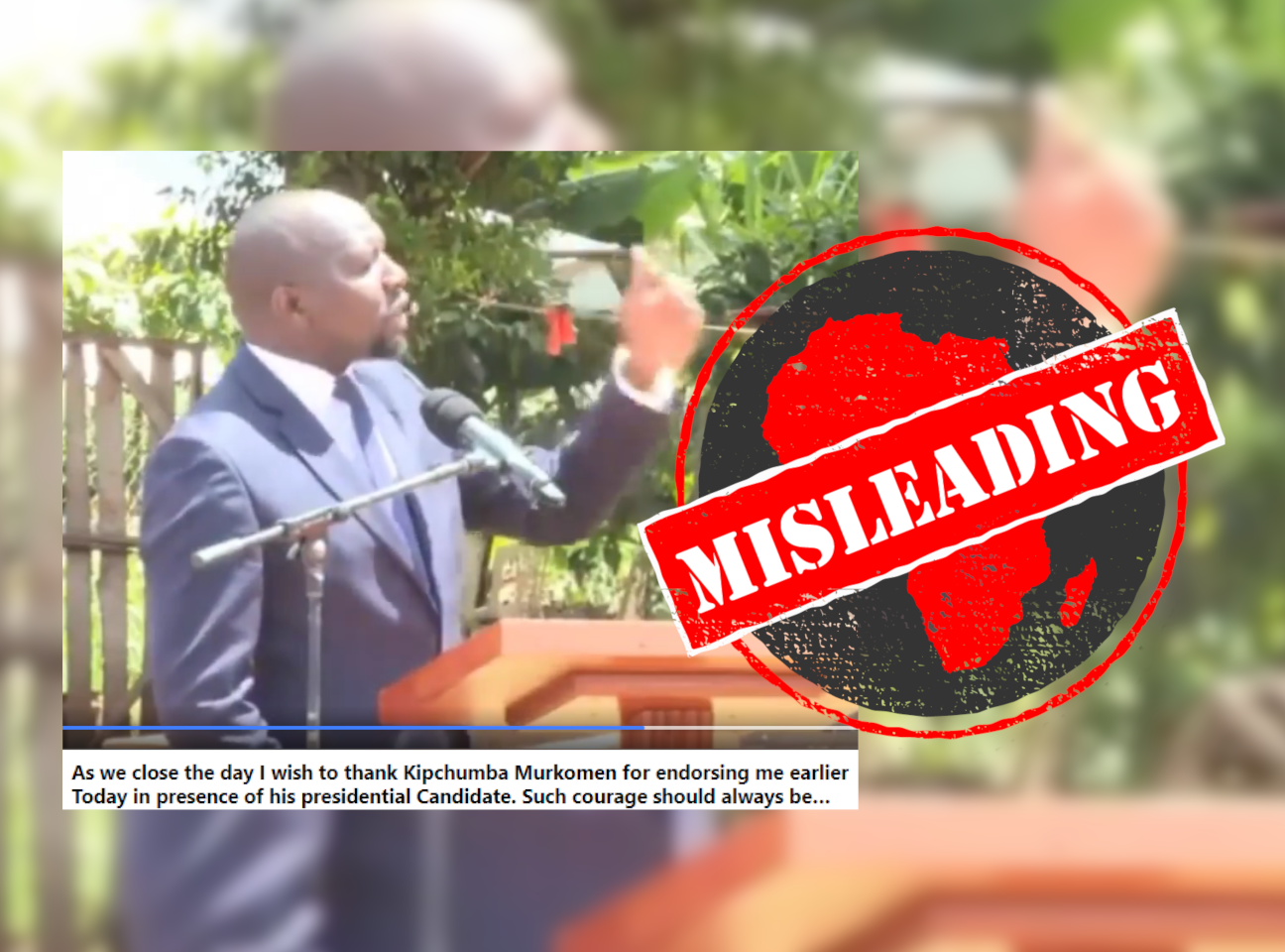 Africa Check visited the senator’s verified Facebook page and found the longer version of the video.

It was filmed in Nyeri county on 17 May during the burial of Mathira constituency legislator Rigathi Gachagua’s brother James Reriani.

Ruto was in attendance.

While the videos in the claim suggest Murkomen endorsed Odinga, the context has been edited out, and he did not.

The senator first mentioned Odinga’s “bad reputation” in politics, accusing Odinga of a number of “bad things”, including swearing himself in after the disputed 2017 presidential elections and instances where his political opponents were stoned in his political strongholds.

Speaking mostly in Kiswahili, Murkomen said that by choosing Karua, Odinga was hiding his real self behind her. Murkomen compared Odinga to a poison that had been hidden inside a cake decorated to look appealing.

He said: “So me nauliza nyinyi mkilitewa cake ambayo iko na sumu, imeundwa ikawekwa sumu ndani huko alafu iwekwe icing ati icing ni mama ati juu yake ni icing, will it change the poison that is inside that cake? It will not change that poison.”

This translates to: “Let me pose this question to you. When they bring a poisoned cake to you that has been decorated with icing on top, in this case a mother, will it change the poison that is inside that cake? It will not change that poison.”

By “mama” or “mother”, Murkomen was referring to Karua.

He then said: “So we know whom we are voting for. We are voting for Raila Odinga. He cannot confuse us by trying to put some cherry in the cake to confuse the people of Kenya.”

The senator meant that it was clear it was still the same Odinga – with his “bad” reputation, who had done “bad” things – who was seeking the votes.

Murkomen said later in the video that “we believe that Kenya Kwanza is a team that is going to make a greater difference in this country”.

The senator was still expressing support of William Ruto’s bid for presidency, not Odinga’s.