A letter seemingly by Kenyan senator Irungu Kang’ata, warning deputy president deputy president William Ruto about his waning popularity in the Mount Kenya region, is doing the rounds on Facebook.

“Mount Kenya” is a political construct of communities in the Mount Kenya region, specifically the Kikuyu, Meru and Embu.

The letter is dated 25 March 2022 and addressed to “all media houses”. It’s titled: “LETTER TO H.E. DEPUTY PRESIDENT WILLIAM RUTO”.

“Many things have changed,” the letter reads. “The ground has started a slow but sure shift. The Raila Odinga we believed was like pork in Mecca has started to find some footing in the mountain. His message and his diplomatic mien has been slowly melting the hard hearts of our people.”

In the meeting, Kenyatta attacked Ruto and praised Odinga, leader of the opposition Orange Democratic Movement and once the president’s fierce rival.

But did Kang’ata really write the letter? We checked. 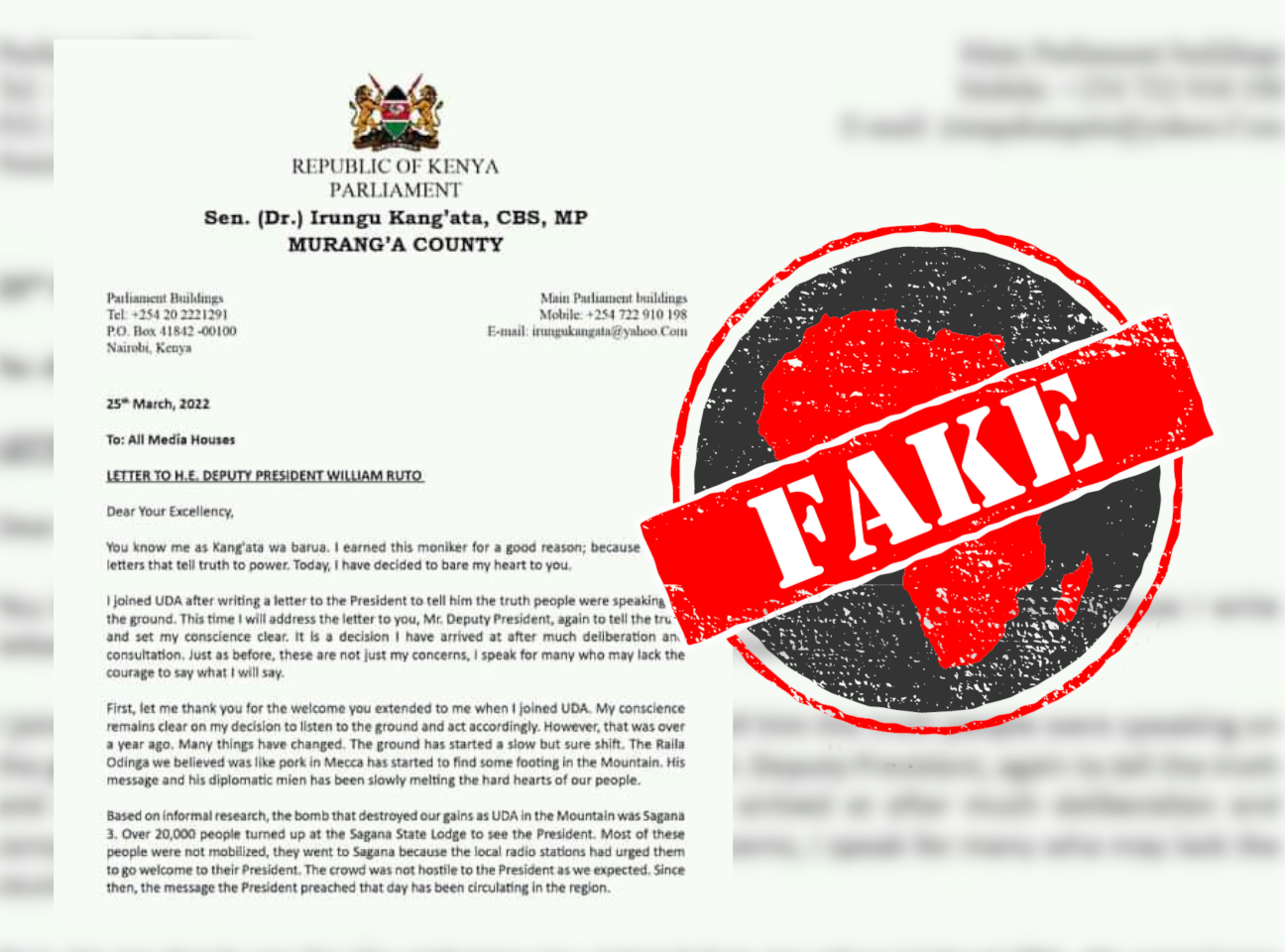 A sign that the letter may be fake is that no credible media outlet has reported on it. Kenya is headed to the polls on 9 August, so such a letter would be newsworthy.

Dr William is on course to get 90% of Mt Kenya votes. pic.twitter.com/6GqVx6wMZS

“Dr William is on course to get 90% of Mt Kenya votes,” he tweeted.