A graphic with the Kenya Broadcasting Corporation (KBC) logo and a quote attributed to former presidential chief of staff Nzioka Waita has been shared on Facebook.

The quote reads: “I won't buy the blackmail by some ukambani leaders who are suggesting I must work closely with the wiper party leader if I want to be Machakos governor. My conscience is very clear, Kalonzo can't make anyone Governor, and that is why I am working with Rt. Hon. Raila Odinga. I will be Machakos Governor on an ODM ticket under Azimio. I can't associate myself with village parties, that will be suicidal.”

Waita, who had been current Kenyan president Uhuru Kenyatta’s chief of staff since 2016, resigned on 9 February 2022 to run for governor for Machakos county in the August 2022 elections.

But did the KBC publish this quote? We checked. 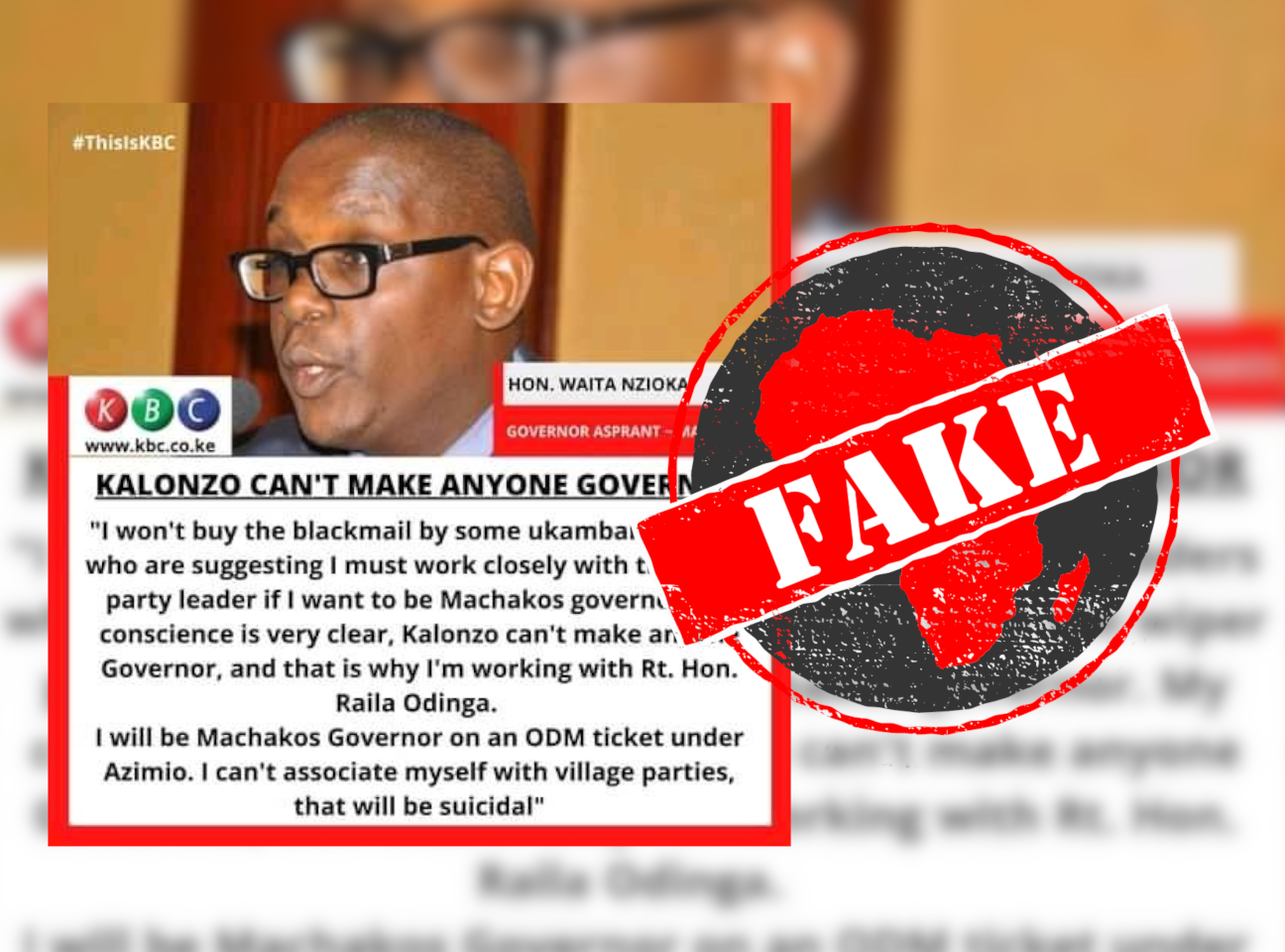 ​​Africa Check searched for the graphic on the KBC News website and Facebook page and could find no evidence of it.

There is no evidence Nzioka Waita made the statement.