A graphic with the logo of the news site Kenyans.co.ke, doing the rounds on Facebook since late February 2022,  attributes a controversial quote to Prof Edward Kisiang’ani, a prominent Kenyan political analyst.

“Livondo should be given state security, otherwise we could witness another Msando, Yebei & Kemei,” the quote reads.

On Saturday 19 February, politician Stanley Livondo claimed there had been a plot to assassinate Kenyan president Uhuru Kenyatta. The graphic suggests Kisiang’ani believes Livondo’s own life to be in danger, and that the politician should be given government security protection.

On the following Monday, Livondo appeared at the Directorate of Criminal Investigations to record statements on his claims. The graphic started circulating online soon after.

Meshack Yebei was a witness expected to testify in the International Criminal Court case against current deputy president William Ruto. Chris Msando was a Kenyan electoral official. Kipyegon Kenei was a bodyguard attached to Ruto’s office.

But did Kisiang’ani really say this, and did Kenyans.co.ke report it? We checked. 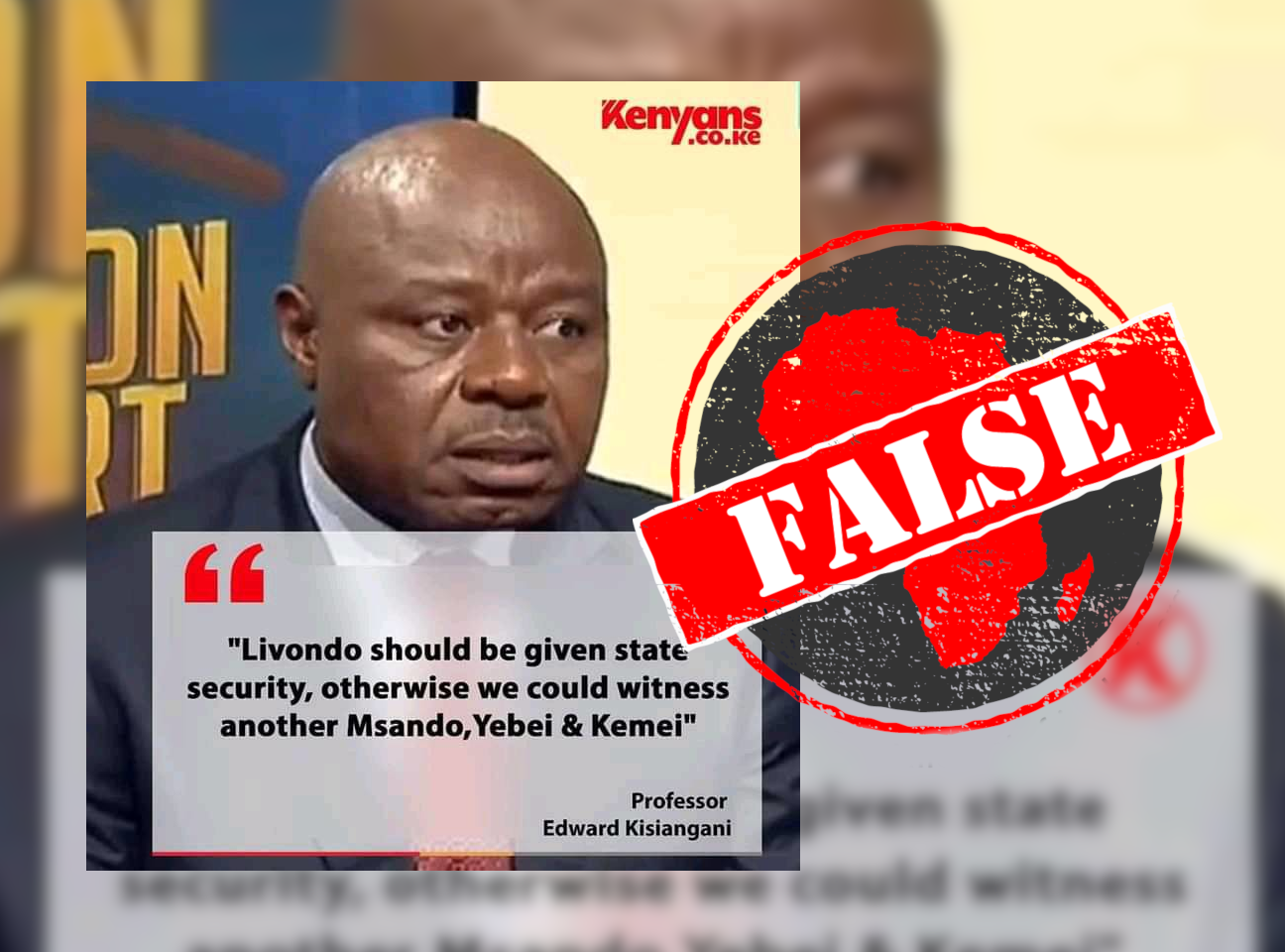 On 22 February Kenyans.co.ke posted the graphic – stamped “FAKE” – on its verified Facebook page.

They wrote: “This post did not emanate from our media house. It does not conform to the in-house branding rules and did not go through the multiple approval checks set in place to prevent misreporting. We, therefore, flag it as FAKE.”