Did Kenya’s education cabinet secretary George Magoha dismiss pupils who “failed to pass an examination” as having inherited “their parents’ brains”?

That’s the claim in a screenshot going viral on social media.

It quotes Magoha as saying:

I cannot transfer teachers or demote them because pupils failed to pass an examination. Some of those pupils got exact marks their parents got some years back.

Africans are fond of inheriting their parents wealth. If they inherite your brains too let it be so.

The quote first went viral after the cabinet secretary released the Kenya Certificate of Primary Education exam results on 28 March 2022. It resurfaced a month later.

Africa Check has found the screenshot posted at least 100 times. But did Magoha really say this? We checked. 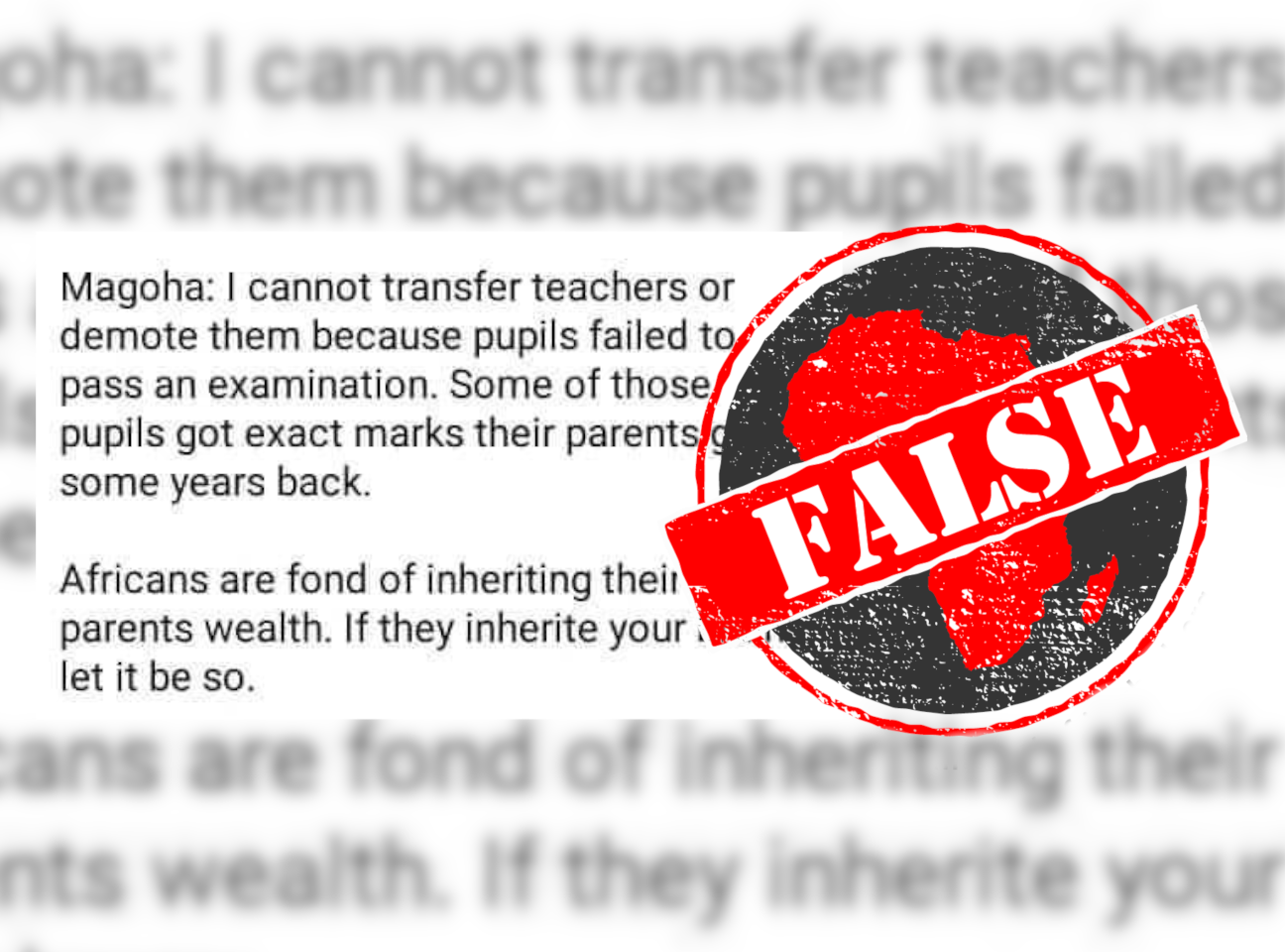 If real, the quote would have been widely condemned by people working in education and the public at large. But there have been no reports of any response.

And the quote would have been picked up by local media and appear in Google search results. We searched for it there but came up empty.

We checked YouTube videos for speeches by Magoha in 2022 and again found nothing.

There is no evidence Magoha said this, or that any media house quoted him as saying it.