A graphic posted on Facebook, with the logo and website address of Kenya’s Nation newspaper, attributes a controversial quote to former Nairobi governor Mike Sonko.

Next to a photo of Sonko, it reads: “What I stated in Waithaka is just the tip of the iceberg. In fact, I am ready to reveal the dirty tricks they used to rig Uhuru into power in 2013 and 2017. Raila has been winning all these elections. Kama mbaya, wacha kiumane.” The Kiswahili translates as: “If it’s bad, let it get worse.”

The graphic began circulating just days after Sonko sensationally claimed in a speech at Waithaka outside Nairobi that Kenyan government officials impersonated opposition supporters in false flag protests during the 2017 elections.

The speech on 24 January followed Sonko’s fallout with president Uhuru Kenyatta, after the president admitted that he was behind Sonko’s impeachment on 18 December 2020.

But did Nation really attribute the quote to Sonko? 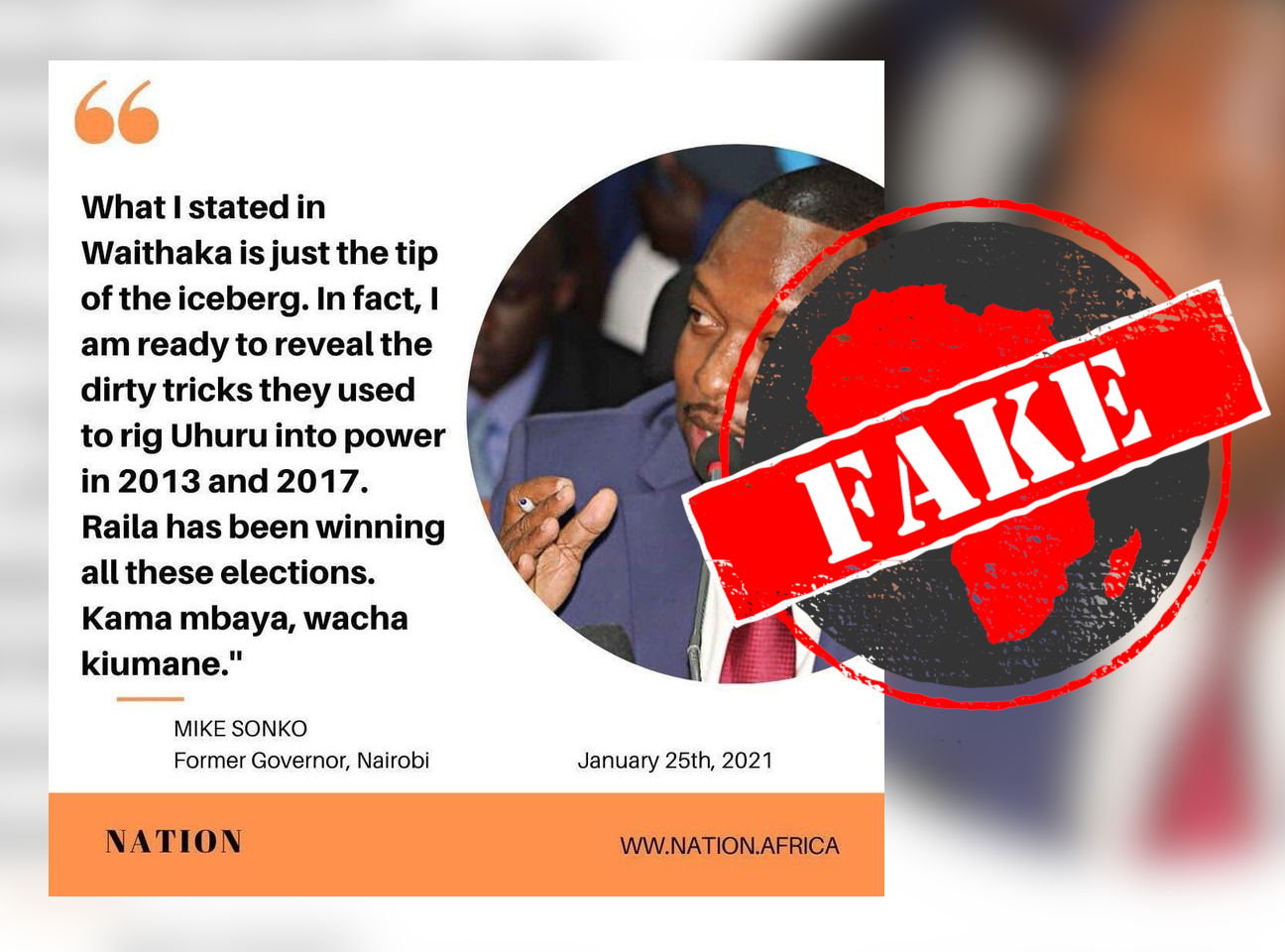 On 26 January Nation posted the graphic on its official Facebook page, with the word “FAKE” written across it in red.

“FAKE NEWS ALERT!” the paper wrote. “Please be advised that the quote doing rounds on social media is a fake. Do not fall for fake news.”