A screenshot posted on Facebook on 18 March 2022 appears to show a “direct ticket” the Kenyan Orange Democratic Movement (ODM) opposition party has given to parliamentarian Oku Kaunya to run in the 9 August elections.

Kaunya was elected as the Amani National Congress representative for the Teso North constituency in the national assembly.  He defected to the ODM on 31 December 2021.

The certificate reads: “This is to certify that: Hon. Oku Kaunya Has been duly nominated by the Orange Democratic Movement Party to contest for the position of Member of National Assembly in Teso North Constituency in the county of Busia in the General to be held on 9th August 2022 Dated at Nairobi this 17TH day of MARCH 2022.”

It includes the ODM’s logo and branding.

The ODM has received applications from politicians wanting to stand in the party primaries to determine who will run under the party’s ticket in the upcoming elections.

But has the party given this “direct ticket” to Kaunya? We checked. 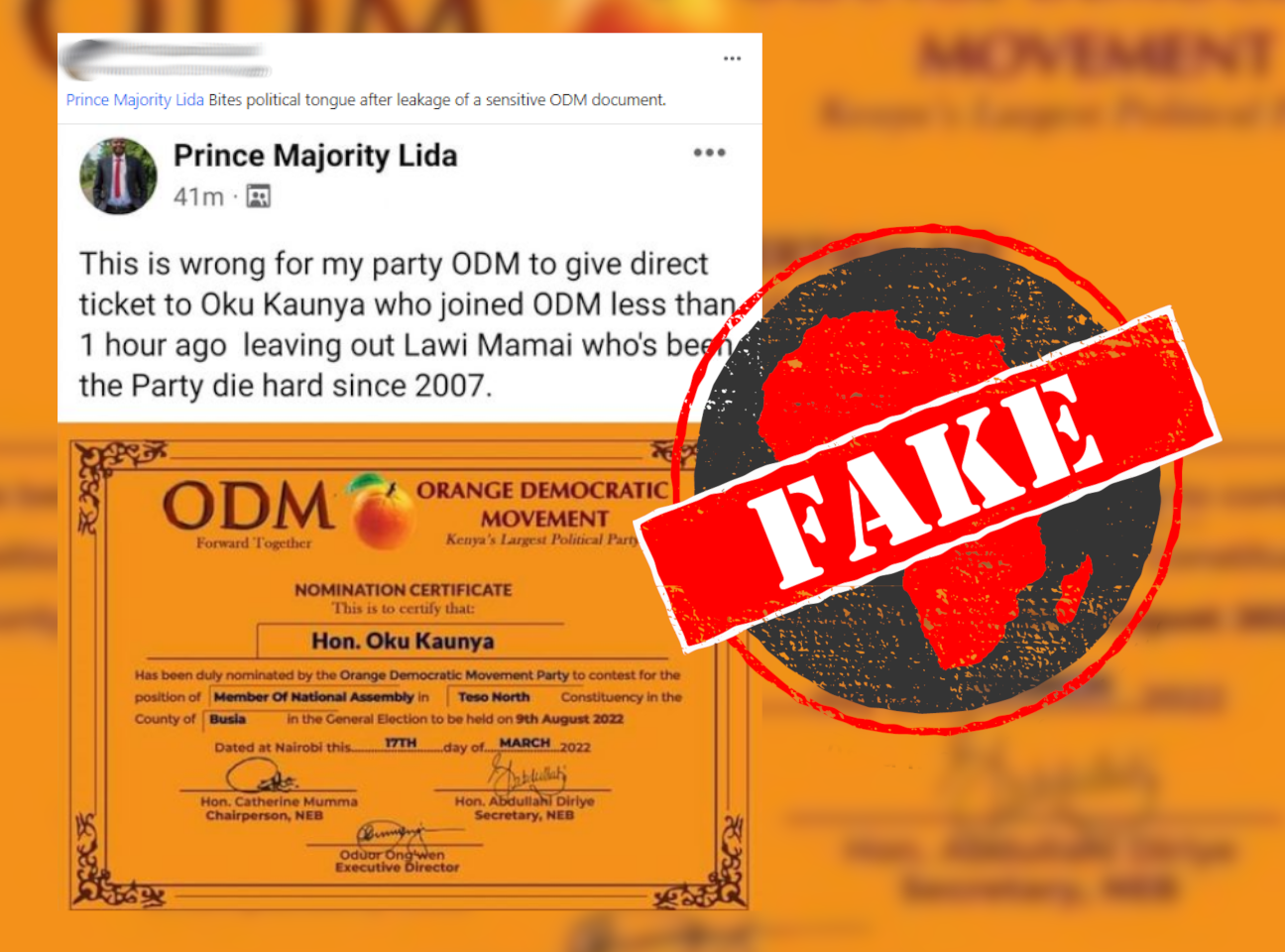 On the day the screenshot surfaced, the ODM posted the certificate on its verified Facebook page with “FAKE” written across it.