A Facebook post claims Kenya’s ruling Jubilee Party will not field a candidate in the by-election in Bonchari constituency in the southwest of the country, set for 18 May 2021.

Posted in a public group with more than 130,000 members on 25 March, it begins: “Jubilee Party Pulls Out From The Bonchari By-election Race, Backs ODM Candidate.”

The ODM is the opposition Orange Democratic Movement.

The post says that in a “letter dated 23rd March 2021, Jubilee party secretary general Raphael Tuju hinted that the party has decided to embrace party cohesion with different political parties in the aid of forging togetherness and reduce political tension in the country and back the ODM Candidate”.

But has the ruling party dropped out of the by-election and decided to back the opposition? We checked. 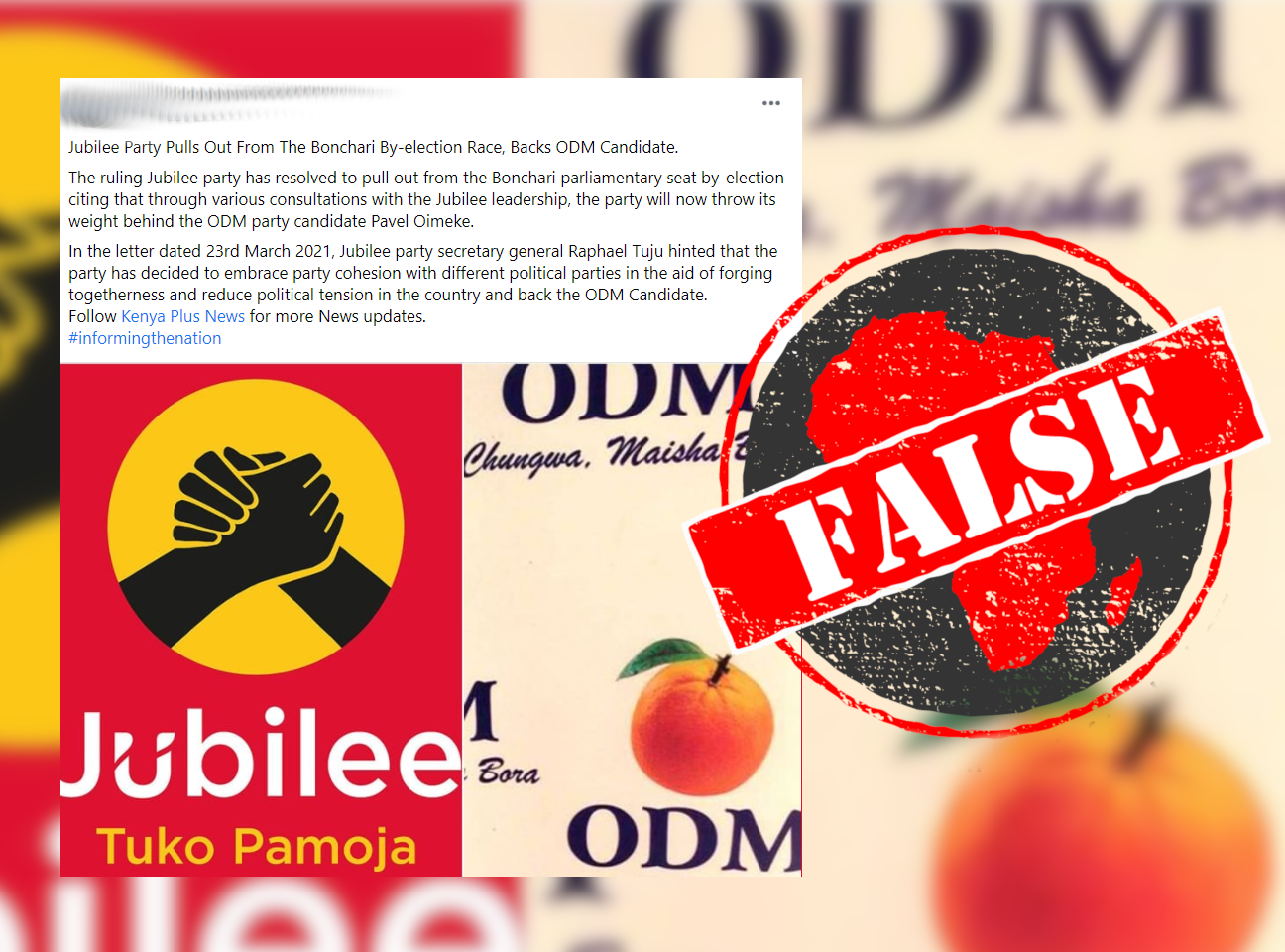 On 29 March, the Jubilee Party announced that Zebedeo John Opore was their choice as candidate for the Bonchari poll. A YouTube video dated 30 March shows Opore saying that Kenya's electoral commission had cleared him for the race.

And a legal notice on the electoral commission’s website shows that Opore is still on the ballot. It is dated 7 April – some two weeks after the date of the Facebook post and the “letter” it mentions.

The Jubilee Party has not withdrawn from the Bonchari by-election.

No, Kenyan deputy president Ruto’s son not running for parliament