The image of a lake looks like a human eye, surrounded by steep banks of purple soil and green vegetation. It is shared with a caption claiming it shows “Kerid Crater Lake in Iceland, known as ‘The eye of the world’”.

Iceland is an island country located in the North Atlantic Ocean. But does this image accurately depict a lake there? 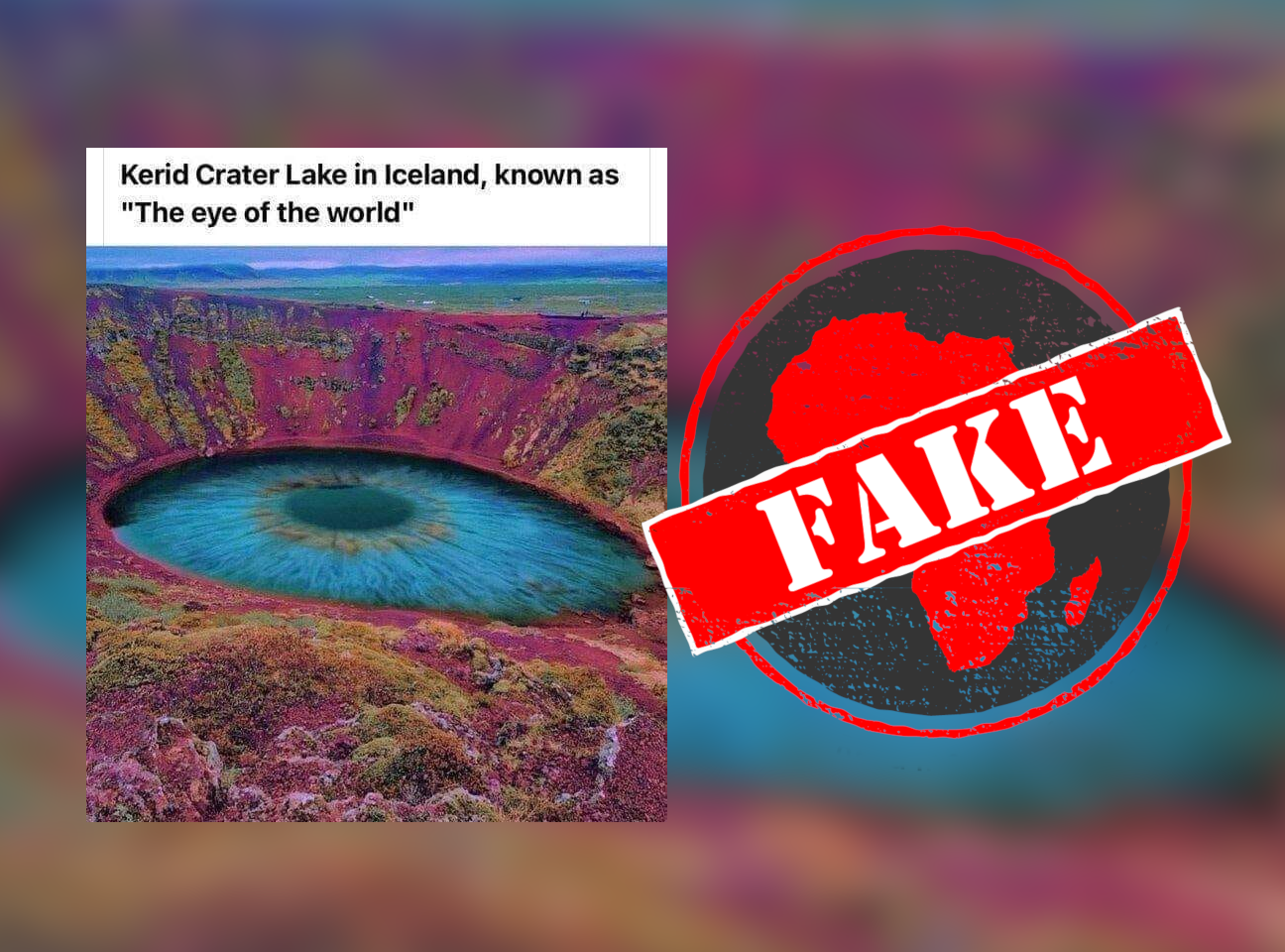 Africa Check could not find the origin of the image in the Facebook post, although it has been shared on various social media platforms.

But Kerið is a volcanic crater lake in southern Iceland.

The crater was formed around 6,500 years ago and the lake is as deep as 14 meters.

Various photos published online, including on the image library Shutterstock, show that the lake doesn’t look quite dramatically like a human eye but more like an ordinary body of water. We could find no reliable source confirming that the lake is known as “the eye of the world”.

The image in the social media post appears to have been heavily digitally manipulated and does not show what Kerið crater really looks like.