No, lesions on baby’s face not caused by earwig insect bite

Published on 04 December 2019
A graphic doing the rounds on Facebook shows a baby with brown scabs or lesions all over their face. An inset photo shows an insect.

“Please be aware of insect bites, this baby is in a lot of pain after her being bitten by this insect,” the text reads.

“I wish you could share this please to save millions of babies in the world.”

Did the insect shown in the post cause the damage to the baby’s face? 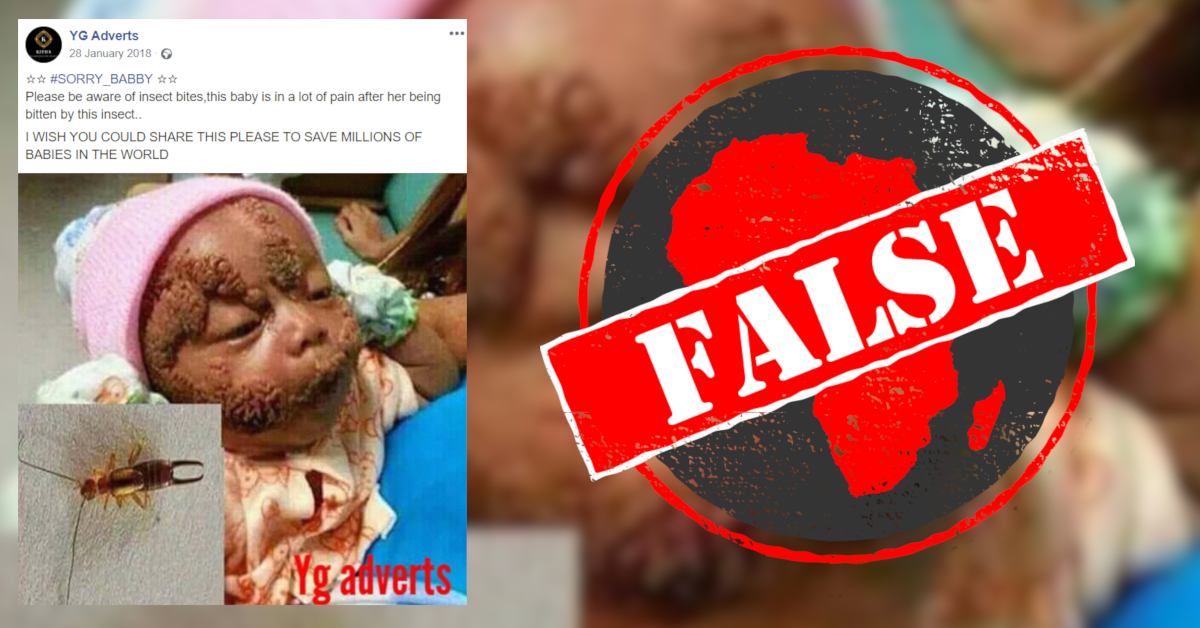 It’s an earwig – and its bite wouldn’t cause lesions

Dr Terry Ezeudu, a veterinary doctor and lecturer at the University of Nigeria, said the insect in the graphic was an earwig.

“Earwigs belong to a group called Dermaptera. This insect cannot cause such a lesion on human skin,” she said.

“It can damage human skin, but I am certain it cannot cause the inflammatory reaction shown in the graphic.”

Dr Abidemi Fuad Adetoro, a lecturer in applied entomology and pest management at the University of Lagos, said the bites of some insects could cause serious skin rashes. But the insect shown in the Facebook post wasn’t one of them.

“The insect shown in the graphic cannot and did not cause the inflammation on the child’s face,” Adetoro told Africa Check.

The damage to the baby’s face was not caused by an earwig bite. – Jennifer Ojugbeli