No, Lesotho airstrip not ‘a new’ multimillion dollar airport

Africa Check was recently asked to investigate a claim made in a tweet. It shows a photo of a small airstrip next to a cluster of buildings in a stark and mountainous landscape.

The photo was also posted on Facebook with the caption: “A new multimillion dollar airport in Lesotho😥🙆‍♂️We are indeed a cursed continent😭😭”.

But is the airstrip really a “new” Lesotho airport that cost millions of dollars? 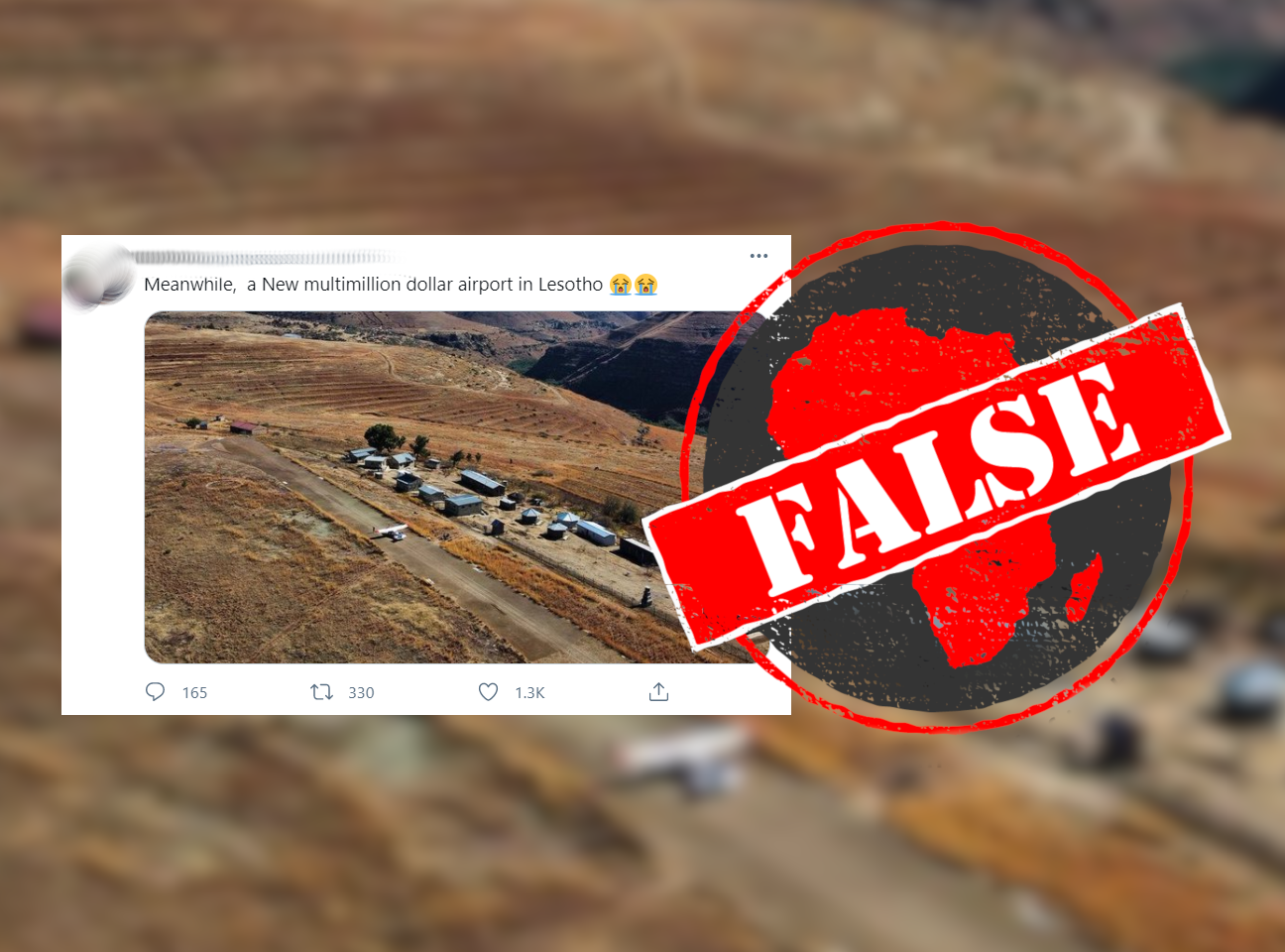 Airport has existed since at least 2004

The photo was first shared by Grant Strugnell, a pilot who posted it on his website and Instagram page. He tags its location as Lebakeng Airport.

Lebakeng is a small airport in the Qacha’s Nek district of southeastern Lesotho. It has a single 466-metre dirt runway. You can watch Strugnell landing on the airstrip in February 2021 in this YouTube video.

The airport is in Lesotho, but it isn’t “new”. Strugnell has shared Instagram posts about the Lebakeng since December 2018, and there is plenty of evidence that the airstrip has for years before that.

A Facebook page for Lebakeng airport was created in 2014. Historical images from Google Earth show the airport and its runway existed as far back as 2004. The only other satellite image of the region before that is from 1985, and is too low resolution for something like an airport runway to be visible.

The airport has been in place since at least 2004, so it can’t be considered “new”. As for the claim that it cost millions of dollars, Africa Check could not definitively establish the details of how or when the airport was constructed.

But there’s no evidence that Lebakeng is “a new” multimillion dollar airport.