No, man in viral photos not suspect in Phoenix killings, misidentified online

South Africa experienced a wave of unrest, violence and looting in early July 2021. It was sparked by protests against the arrest of former president Jacob Zuma for contempt of court on 8 July.

Over 300 people died in the violence, and in its aftermath many South Africans have complained that the country’s media and national government have downplayed the events.

These complaints have focused on several murders allegedly committed in Phoenix, a town in KwaZulu-Natal, one of the two provinces most affected by the unrest.

The murders are claimed to have been racially motivated, apparently resulting from tension between black African and Indian South Africans.

This topic has trended on Twitter as “#PhoenixMassacre”, as well as several misspellings of the term.

It was reported on 8 August that 31 people had been arrested in connection with unrest in Phoenix.

Social media users and bloggers on the platform Opera News repeatedly identified the man as “Glen Naidoo”, the owner of a private security firm. Some also suggested that Naidoo had been killed in a shooting.

Is this photo of a man named Glen Naidoo, and what was his involvement in the violence in Phoenix? 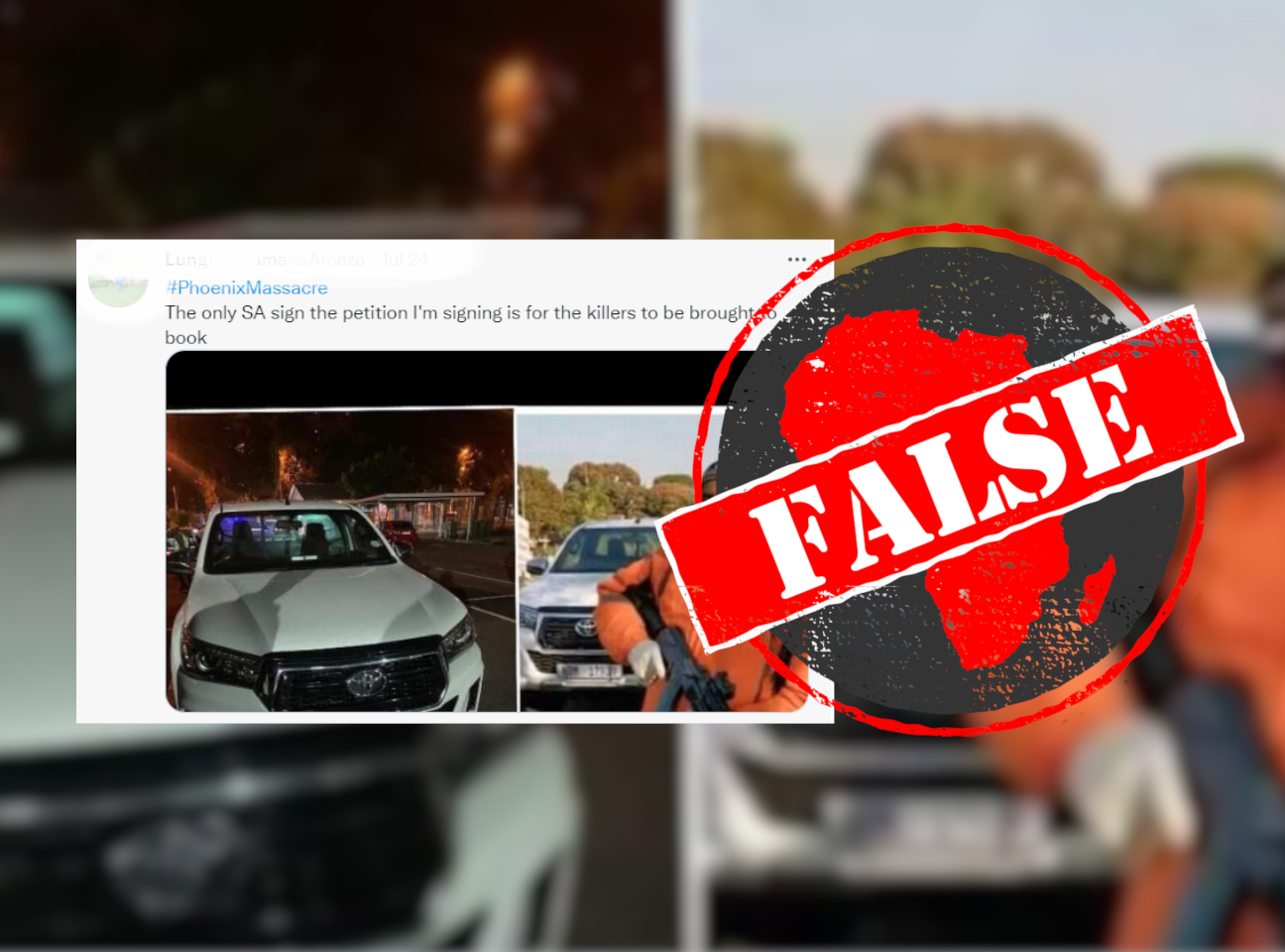 Not Naidoo in photos

The photos are in the main screenshots taken from a video which was also shared online, which shows the man telling the camera: “Don’t even think of coming here. One bullet; two kills.”

Africa Check contacted Naidoo, the chief executive of KZN VIP Protection Services. He told us he is not the man in the photographs, and we can confirm he neither looks nor sounds like the man in the video.

Naidoo said he had not been involved in any violent incidents which took place in Phoenix or surrounding areas.

Video not shot in Phoenix

Naidoo said he didn’t think the video was taken in Phoenix, though he didn’t recognise the area where it was filmed.

It sounds as though the man in the viral video says “we’ve got Lotus Road under lockdown”. Africa Check was not able to locate the area where the video was filmed, but there is no Lotus Road in Phoenix. But there are several roads with this name in nearby areas.

Police commented on the rumours on 24 July and confirmed “that there has neither been a shooting incident of this nature, nor has there been a shooting that occurred recently in the vicinity quoted by the said social media posts”.

KwaZulu-Natal police spokesperson Col Brenda Muridili told Africa Check that “the person in the pictures has not been charged or connected to any incident in Phoenix”.