No, massaging big toe won’t ‘get rid of sinuses’ – see doctor for sinusitis

A graphic posted on Facebook claims that massaging a point near the center of the big toe will “get rid of sinuses”.

While many Facebook users question what it might mean to “get rid of sinuses” in the comments, the graphic appears to suggest that this treatment will cure a “cold”.

The post has been shared 1,400 times and gathered over 5,500 reactions, but is this claim true? We took a closer look. 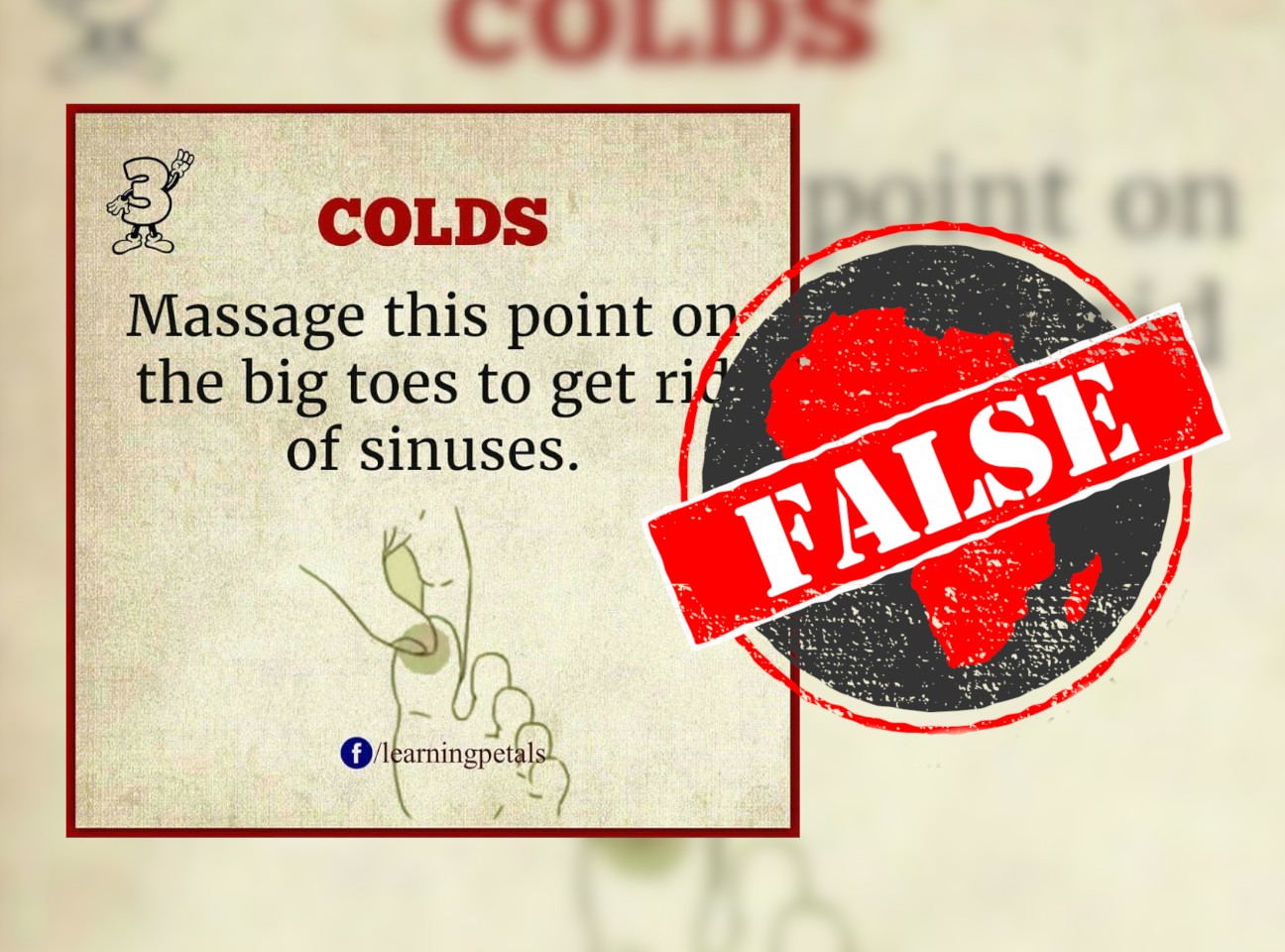 No link between feet and sinuses

Sinuses are cavities within the bones that surround the nose. As Harvard Health Publishing explains, we all have four pairs of sinuses.

Titus Ibekwe, a professor of otolaryngology at the University of Abuja in Nigeria’s capital city, told us that the mucus produced by the sinuses keeps the nose moist and keeps out bacteria and dust.

“Apart from producing mucus, they also make the skull light and help with voice resonance. The sinuses develop over time after birth. Some are there at birth but we retain all of them throughout life,” said Ibekwe, who specialises in diseases that affect the ear, nose, and throat.

He said there is no link between the feet and the sinuses.

‘See a doctor to treat sinusitis’

The sinuses can become inflamed or infected.

According to the Mayo Clinic, a US non-profit medical centre, sinusitis is caused by the inflammation of the sinuses​. The symptoms may include a cold, runny and stuffy nose, nasal congestion, swelling around the nose and eyes, sore throat and reduced sense of smell and taste.

It could be triggered by other medical conditions, respiratory infections or allergies.

“If it is a bacterial or fungal infection, the doctor will prescribe an antibiotic or antifungal drug, If it is viral, you may not need medication, but the doctor will recommend how to manage the situation,” Ibekwe said.