“After hearing Mark Zuckerberg saying that posting the Lord’s Prayer goes against their policies, I’m asking all Christians to please follow my example and post the Lord’s Prayer,” reads text on a screenshot circulating on Facebook in January 2022.

It then discusses the Christian Bible and matters of faith, before saying: “So if you love Him and you’re not ashamed, please join me in this challenge of faith!”

It ends with the text of the Lord’s Prayer, which appears in the Bible and in the prayer services of several Christian denominations.

Mark Zuckerberg is the CEO of Meta, Facebook’s parent company. But has he said that the Lord’s Prayer “goes against their policies”? 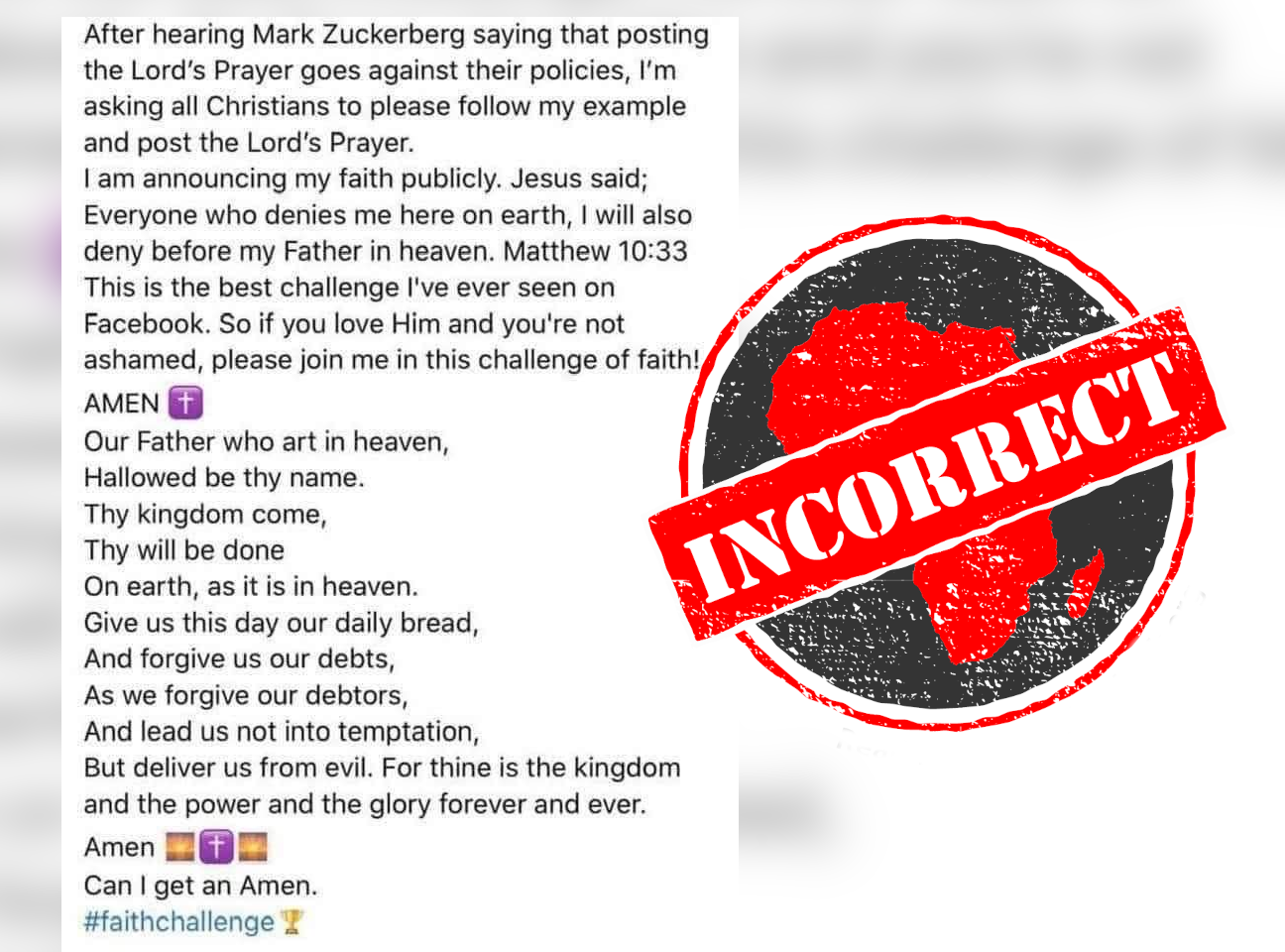 ‘Does not violate our policies’

The claim is old, surfacing on Facebook in 2020 – when it was widely debunked by fact-checking organisations. Our colleagues at Full Fact pointed out that similar false claims, that Facebook has banned all religious content, “have been circulating since at least 2014”.

And in 2020, Facebook told USA Today and AFP that “posting the Lord’s Prayer does not violate our policies”.

The Lord’s Prayer is not mentioned in Facebook’s Community Standards, lengthy guidelines on what is and isn’t allowed on the social network.

The standards’ only mention of religion is in the section on hate speech, which reads: “We define hate speech as a direct attack against people – rather than concepts or institutions – on the basis of what we call protected characteristics: race, ethnicity, national origin, disability, religious affiliation, caste, sexual orientation, sex, gender identity and serious disease.”

It also forbids posts that are “homophobic, islamophobic, racist”.

And there are numerous Facebook pages named “The Lord’s Prayer”. Some of them have been up and running for more than a decade.

The claim is incorrect.