The post includes three photos showing people with lesions on their skin. The caption says: “1st - Pic is monkeypox in Africa, 2nd - Pic is AIDS, 3rd - Pic is what the first person this year that got monkeypox looks like.”

“Also the other internal symptoms are identical too,” the post ends.

Monkeypox is a viral disease that was first detected in a group of monkeys and is similar to smallpox. Multiple countries across Europe and North America where monkeypox is not endemic have reported new cases to the World Health Organization since 12 May.

Do these photos prove that monkeypox is actually acquired immunodeficiency syndrome, or Aids? And what is “Vaids”? We checked. 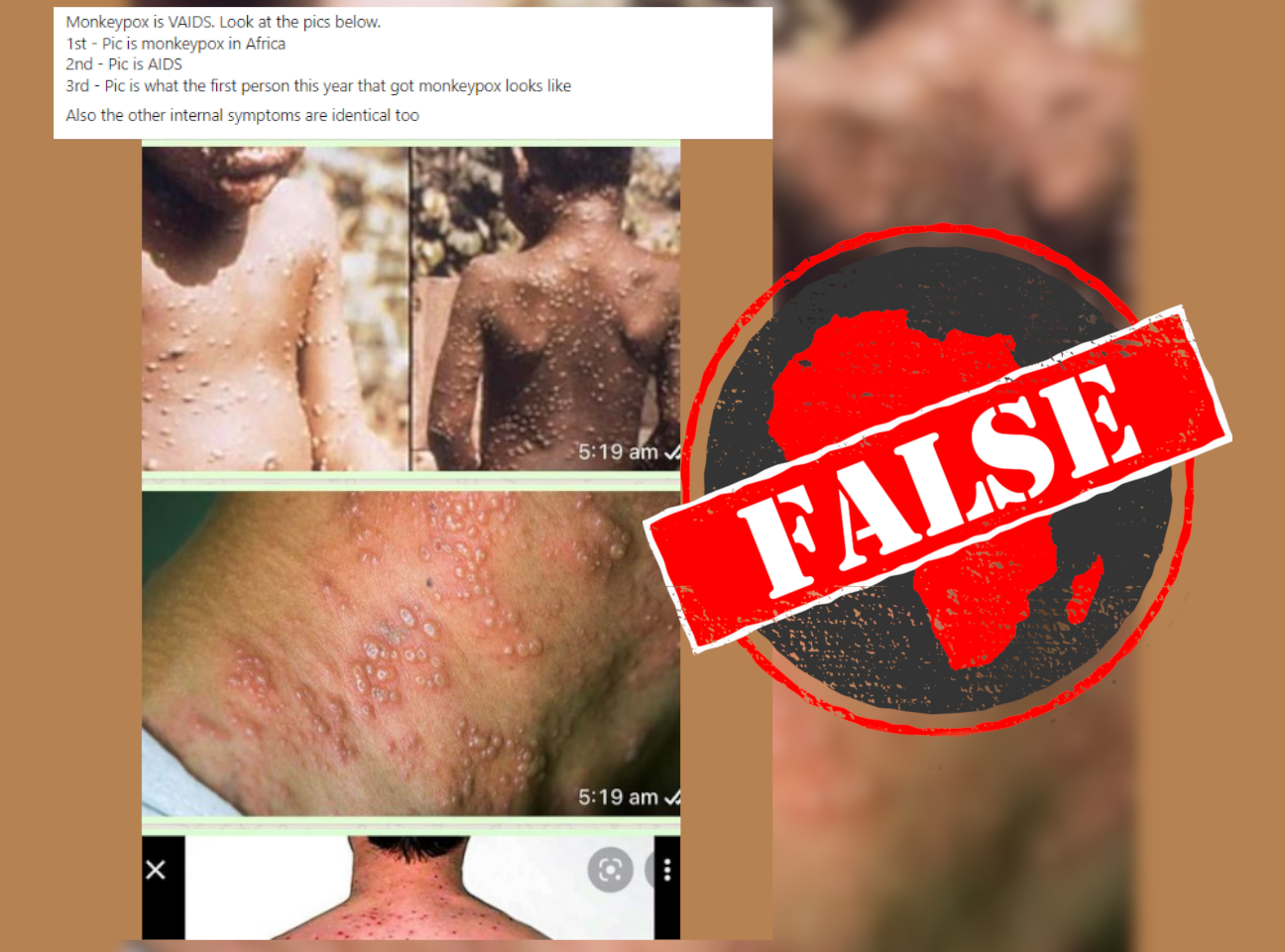 A reverse image search shows only one of the images in the post is of an actual case of monkeypox.

The first image is of a child with monkeypox. The photo appears on the US Centers for Disease Control and Prevention (CDC) website in an article about the history of monkeypox.

The CDC’s caption does not include information on who the child is or where the photo was taken but the implication is that it was taken in either west or central Africa.

The second image is of a person with shingles. The same photo was used to illustrate an article about the disease. Shingles is a viral, infectious disease, caused by the same virus that causes chicken pox.

The third image shows a person with back and shoulder acne. It has been circulating online since at least 2019 – long before the 2022 monkeypox outbreak.

People with HIV are at a higher risk of developing infections from diseases such as tuberculosis, pneumonia and shingles.

Social media posts claiming that vaccine-acquired Aids or “Vaids” exists as a side-effect of the Covid-19 vaccines have been debunked by health experts.

Dr Stephen Gluckman, professor of infectious diseases in the Perelman School of Medicine at the University of Pennsylvania in the US, told Reuters that “Vaids” is “absolutely not” a real condition. He added that there is no evidence of immunodeficiency as a result of Covid-19 vaccines.