No, MTN not giving out cash, phones for 20th anniversary

Telecoms multinational MTN celebrated its 20th anniversary in Nigeria on 8 August 2021. And leading up to the day, announcements of various promos circulated on Facebook, promising cash, phones, airtime, cars and more.

One Facebook post read: “Don't miss out, MTN has started surprising their customers again this Season, Check if your Number is eligible To Receive 20GB DATA and 5000 Worth Of Airtime in the MTN 20th Anniversary Customer Reward Program.”

It added that the promotion was for MTN customers only, and linked to a website that appeared unconnected to MTN.

Another ad posted on the eve of the anniversary promised that respondents would win the exact amount in their bank accounts if they correctly answered questions about the company.

The ad ended with a request to “drop your account details and the phone number linked to it”.

But are these promotions real? 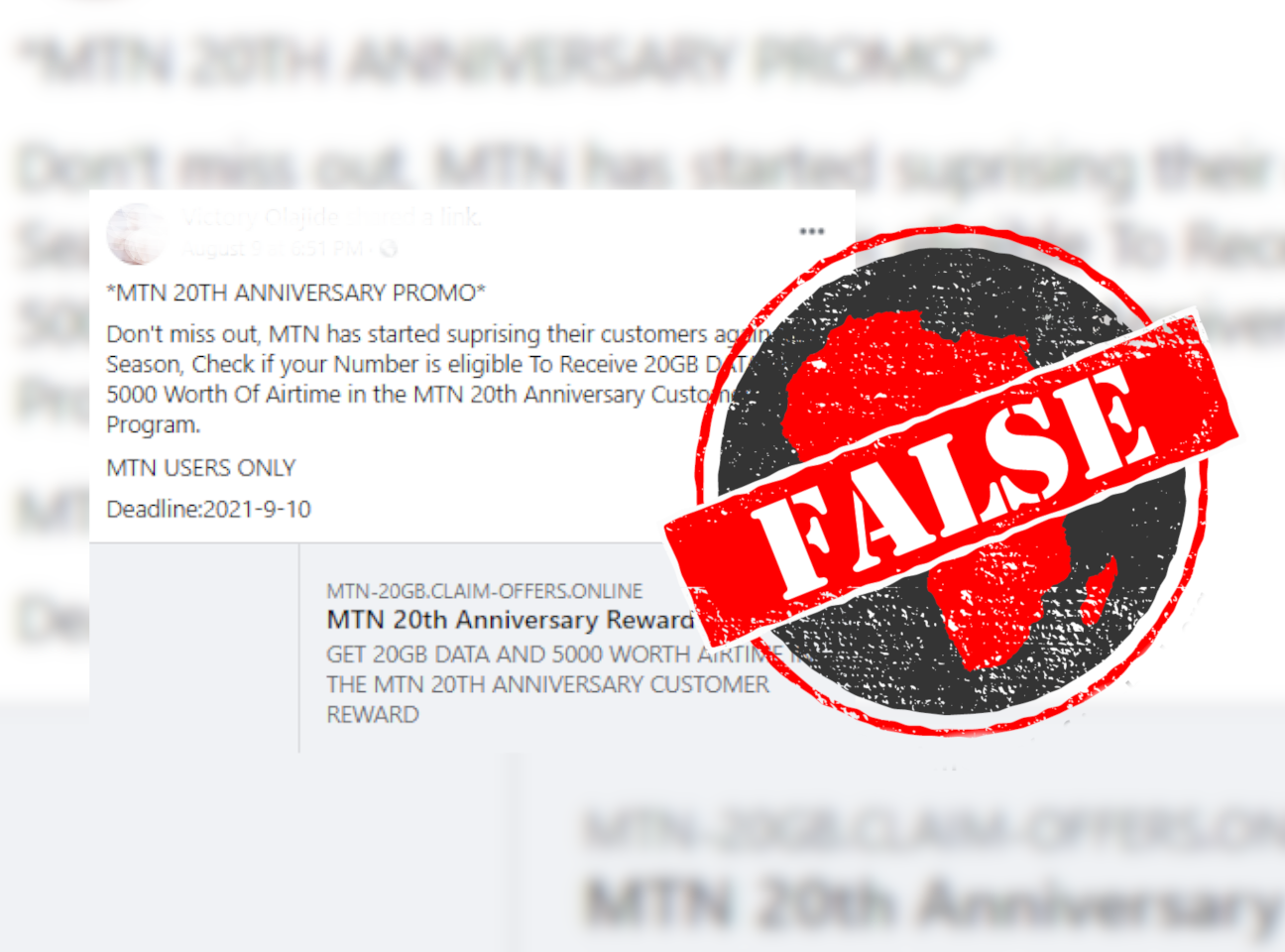 On 8 August, MTN Nigeria put up a disclaimer on its official Facebook page. It said to “disregard any promos or competition purporting to be done on behalf of MTN for our 20th anniversary”.

It said any genuine offerings would be made through the company’s official social media channels and its official website.

It also warned the public: “Please be cautious of giving personal information to fraudsters.”

MTN Nigeria did give all its customers five minutes of free calls and 200MB data as part of anniversary celebrations. The company also gave away 20 cars.

But other promos advertised through unofficial channels are fake.