A graphic with the logo of Kenyan news site Nation that attributes a quote to senator Cleophas Malala has been circulating on Facebook since early March 2022.

“Rigathi Gachagua should just focus with his 200 corruption cases,” the quote reads. “Someone who shamelessly looted cancer and ICU machines meant for people in Nyeri County should be the last person to give Kenya Kwanza political direction.”

Malala is a member of the Amani National Congress, and Gachagua belongs to the United Democratic Alliance. Both parties are in the Kenya Kwanza – “Kenya first” – coalition led by deputy president William Ruto. The two leaders have been squabbling over the choice of the running mate position for the coalition.

But did Nation really quote Malala saying this about his political ally? We checked. 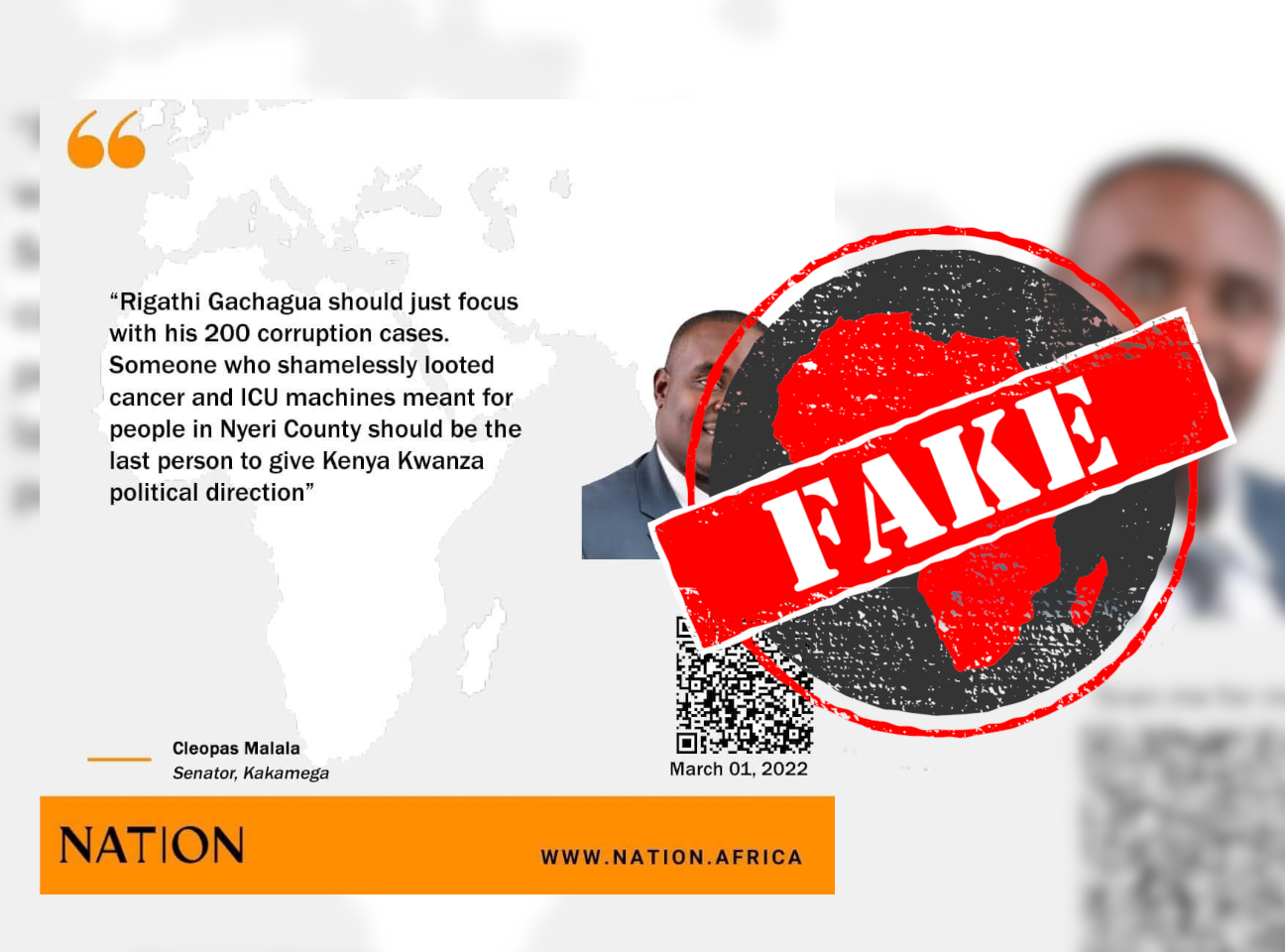 No trace of quote

The graphic misspells Malala’s first name as “Cleopas” – not Cleophas.

The graphic gives the date of the quote as 1 March 2022. We scanned its QR code, which took us to an unrelated article published on 25 April 2021.

On 2 March Malala posted the graphic on Twitter, stamped “FAKE”.

The Kenya Kwanza Alliance is solid and focused on fixing this nation for all Kenyans.
Agents of Division, war mongers and separists and propagandists will not sway us.

He tweeted: “The Kenya Kwanza Alliance is solid and focused on fixing this nation for all Kenyans. Agents of Division, war mongers and separists and propagandists will not sway us. Forward we March.”