“Government to strip blogger Fred Kajubi Lumbuye of his Ugandan citizenship,” reads a screenshot of what seems to be a tweet by Ugandan broadcaster NBS Television, posted on Facebook on 15 July 2021.

“According to the Government spokesperson, Mr. Lumbuye will be banned from accessing the country’s land and airspace for life, his assets frozen and a formal notice for his extradition to be served to Turkey.”

It shows a photo of Lumbuye, a controversial blogger and government critic who was arrested in Turkey on 5 August. He is wanted in Uganda for multiple offences including what the Ugandan police say is spreading false information.

Data from CrowdTangle, Facebook’s public insights tool, shows that the screenshot has been shared many times, prompting thousands of reactions.

But did NBS, a mainstream TV station, really tweet this? We checked. 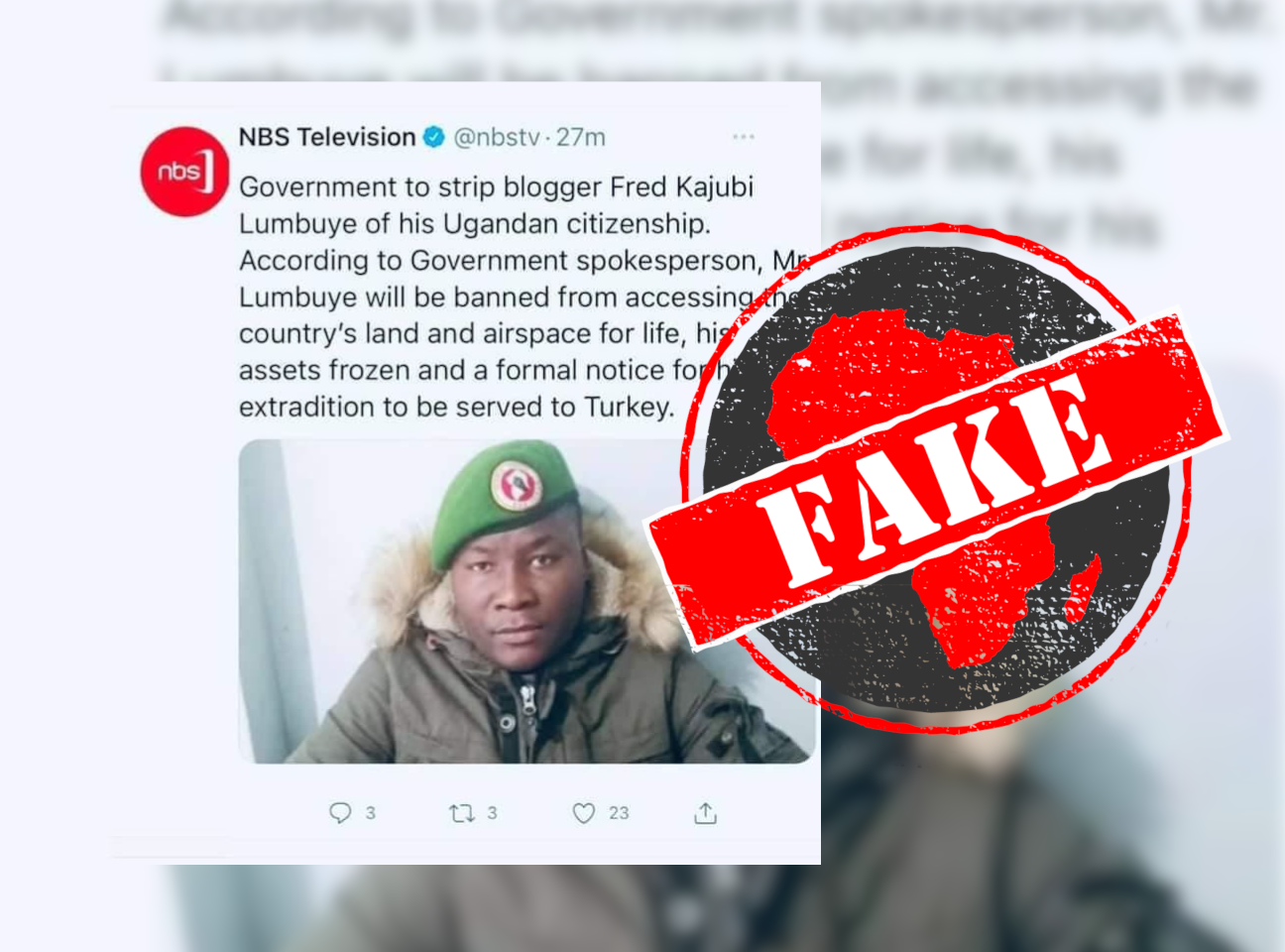 The screenshot was posted on NBS Television’s official Facebook page on 15 July, stamped “FAKE” in red – and with a warning.

“NOTICE: Please disregard this screenshot making the rounds on social media,” the post reads. “It wasn’t posted on any of our social media platforms.”