A typical version reads: “JUST IN!!! Nollywood Actor Jim Iyke converts to Islam. May the Almighty Allah protect and guide him among the righteous servant.”

It includes a photo of Iyke in traditional Muslim dress, holding a subḥah  – a string of Islamic prayer beads.

Other versions can be seen here and here.

Bit has Iyke really converted to Islam? We checked. 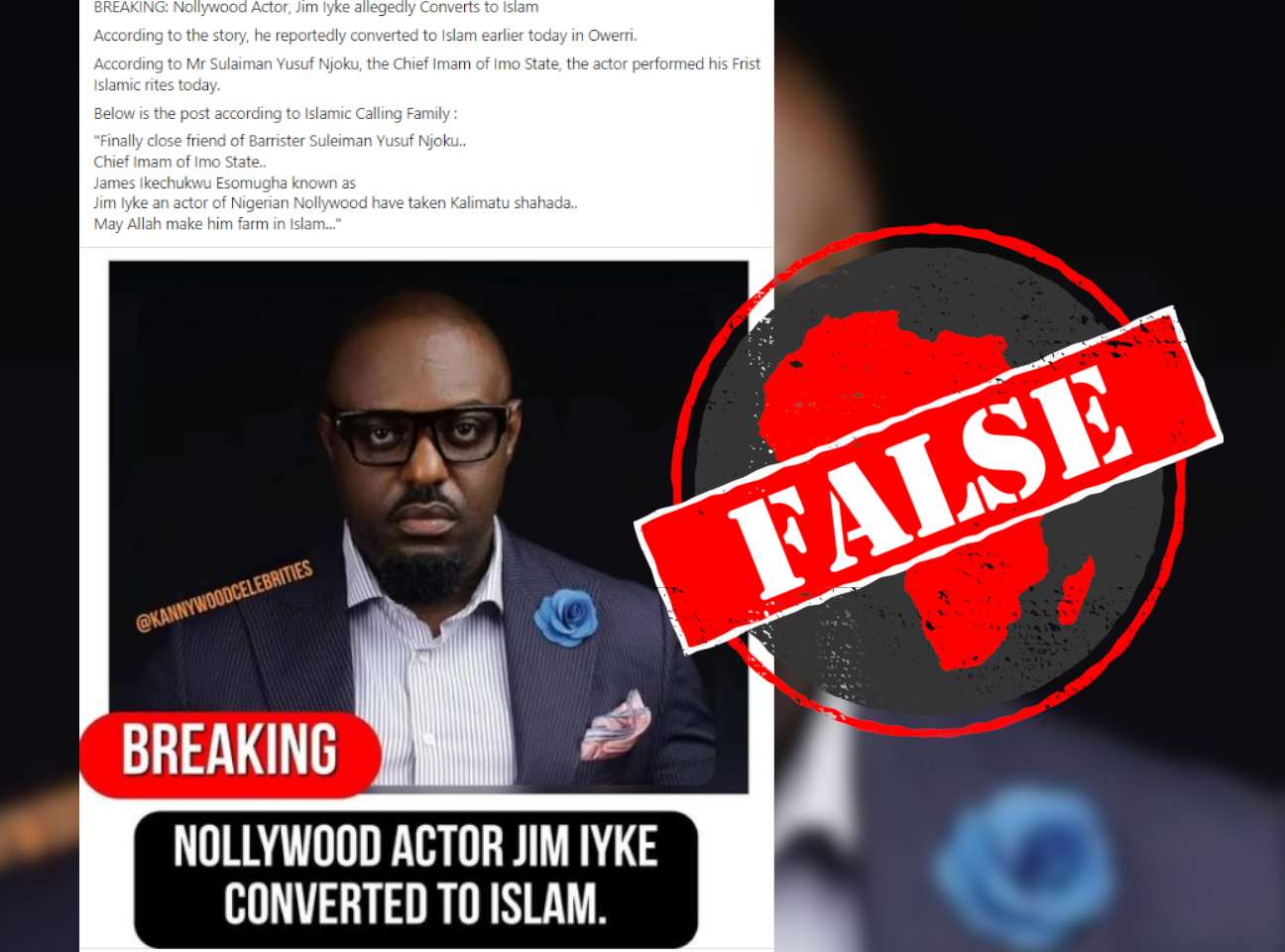 Iyke is a Nigeria-based actor, producer and entrepreneur. He’s known for movies such as American Driver (2017), Bad Comments (2020) and Closure Mandate (2022).

In 2013 he was the subject of controversy after he underwent a demonic “deliverance session” at TB Joshua’s Synagogue Church of All Nations. Iyke is understood to be Christian.

On 2 June, Iyke posted a video on Instagram to debunk the rumour of his conversion. The caption reads: “Let me quietly address the elephant in the room and go back to what I do best. Thank you see you at work!”

In the video, Iyke says the claim began to do the rounds online after bloggers got hold of photos of him in a movie, shot in Ghana, based on religious fanaticism. One of the photos appears in the Facebook messages.

“Now while I want to unequivocally say that I respect all religions. I believe in one God but I have no intention now not ever to convert my faith,” he says.

“I respect all religions and I have no intention of ever converting my faith. I’m totally committed to my faith. I don’t understand why someone would do this but there is a certain line that cannot be crossed."