In early August 2021, Africa Check debunked a claim circulating in Nigeria that a suspended high-ranking police officer had threatened to “expose” two senior members of government.

Another blog post shared on Facebook claims Abba Kyari has said every politician in the country is involved in internet fraud.

The headline of the 1 August 2021 post reads: “Every politician in Nigeria is doing Yahoo not only me, Obasanjo, Buhari, all are into Yahoo, I can't go down alone.”

Olusegun Obasanjo was president of Nigeria between 1999 and 2003. Muhammadu Buhari has been president since 2015.

Kyari is a deputy commissioner and a member of the inspector general’s intelligence response team at Nigeria’s police force headquarters in Abuja.

Kyari is being investigated by the US Federal Bureau of Investigation (FBI) for allegedly making an arrest at the request of Instagram influencer Ramon Abbas, popularly known as “HushPuppi”.

Abbas has pleaded guilty to money laundering, fraud and other offences in a US federal court, after being arrested in Dubai in the United Arab Emirates and extradited to the US.

Kyari denied the allegations in a social media post that he subsequently deleted and was suspended from duty on 31 July.

Many unfounded rumours have since spread online. But did Kyari accuse “every politician in Nigeria” of fraud? 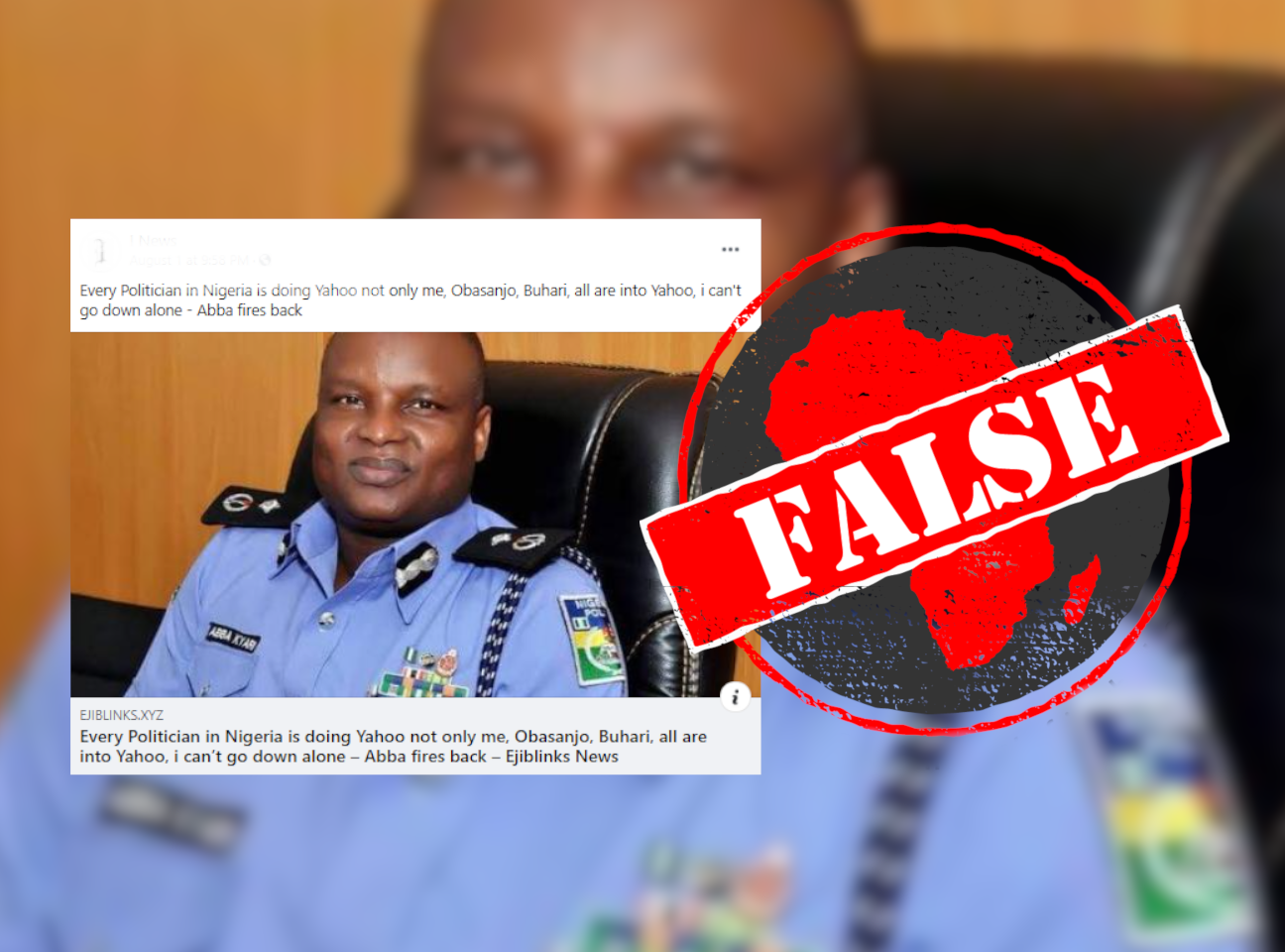 No trustworthy reports of claim

The post gives no details of where and when Kyari is supposed to have made the statement. Lack of details is often a red flag that something on social media is made up.

There have also been no mainstream media reports of Kyari saying anything like this.