“EFCC staff struggle to have selfie with Obi Cubana,” reads a post shared on Facebook on 3 December 2021.

The Economic and Financial Crimes Commission, or EFCC, is a Nigerian law enforcement agency that investigates financial crimes.

The photo shows Obinna Iyiegbu with a group of people.

Iyiegbu, also known as Obi Cubana, is a Nigerian businessman and socialite. He came into the limelight during his mother's burial, which was a lavish ceremony.

In November 2021 the EFCC arrested Iyiegbu over allegations of money laundering and tax fraud.

But does the photo show the commission's staff taking a photo with the man and reveal a conflict of interest? 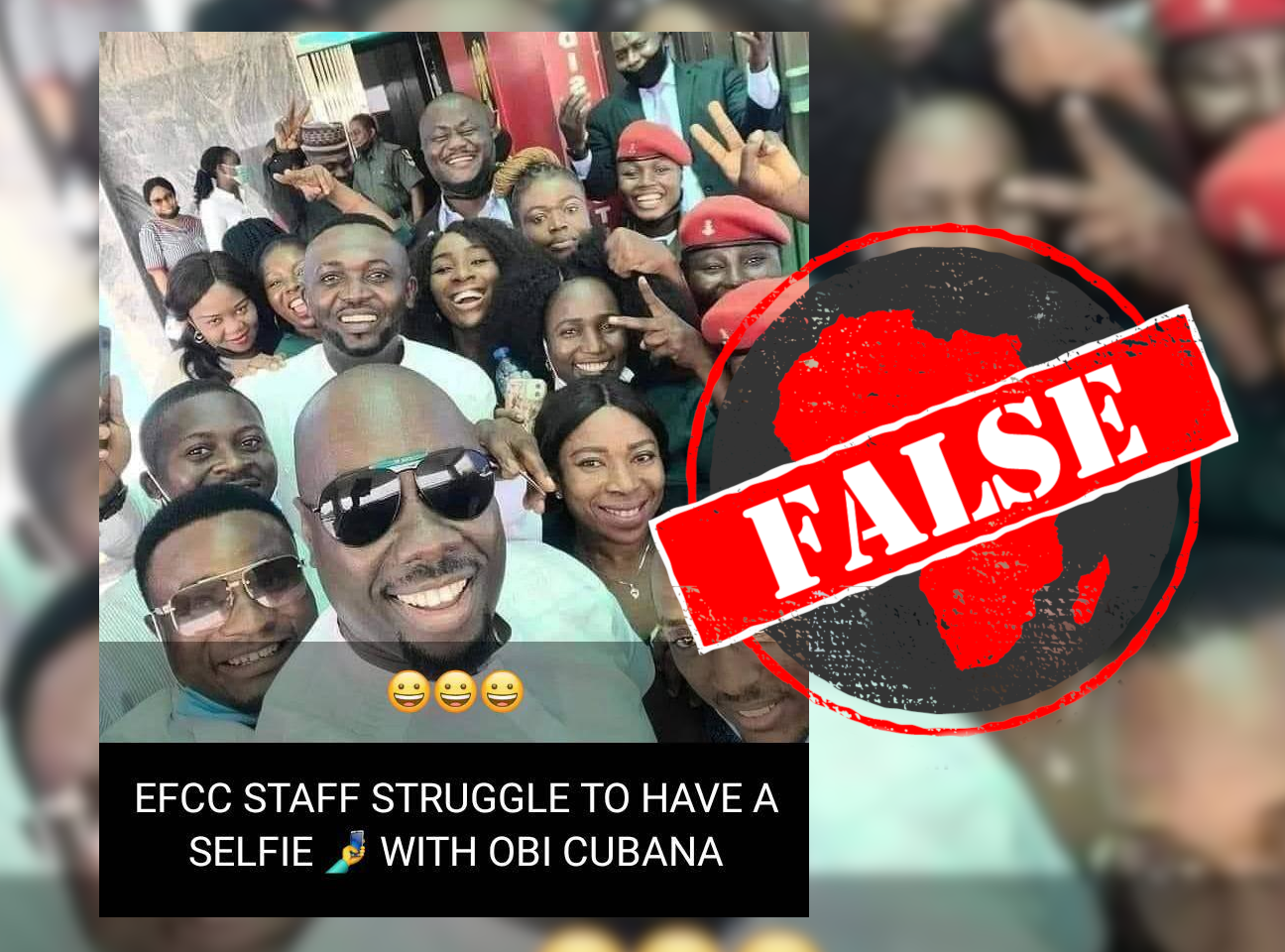 ‘Fake as any fake news can ever be’

The EFCC has stated on its website and Instagram that their staff did not take a photo with Iyiegbu. They said the photo was taken on 7 October 2021 during a book launch of Col Chukwu Obasi at the Nigerian Army Resource Centre in the country’s capital Abuja, which Iyiegbu attended as a guest.

The EFCC implied that the people in the photo with Iyiegbu are not their staff.

They wrote about the photo: “The caption is as fake as any fake news can ever be because, at no time during his ongoing investigation, period in custody or release did Obi Cubana pose for photographs with EFCC staff.”