A rumour that Nigerian university lecturers received a fake payment notification from the federal government has been shared widely on social media.

One 24 February 2022 post also claims that the Academic Staff Union of Universities (ASUU) has announced a three-year strike after the false payment notification.

Some Facebook users simply repeated the claim while others shared a screenshot of a TV news broadcast. It shows a “breaking news” banner that reads: “ASUU receives fake alert from Federal Government: ASUU embarking on three-year strike.”

But is this true? 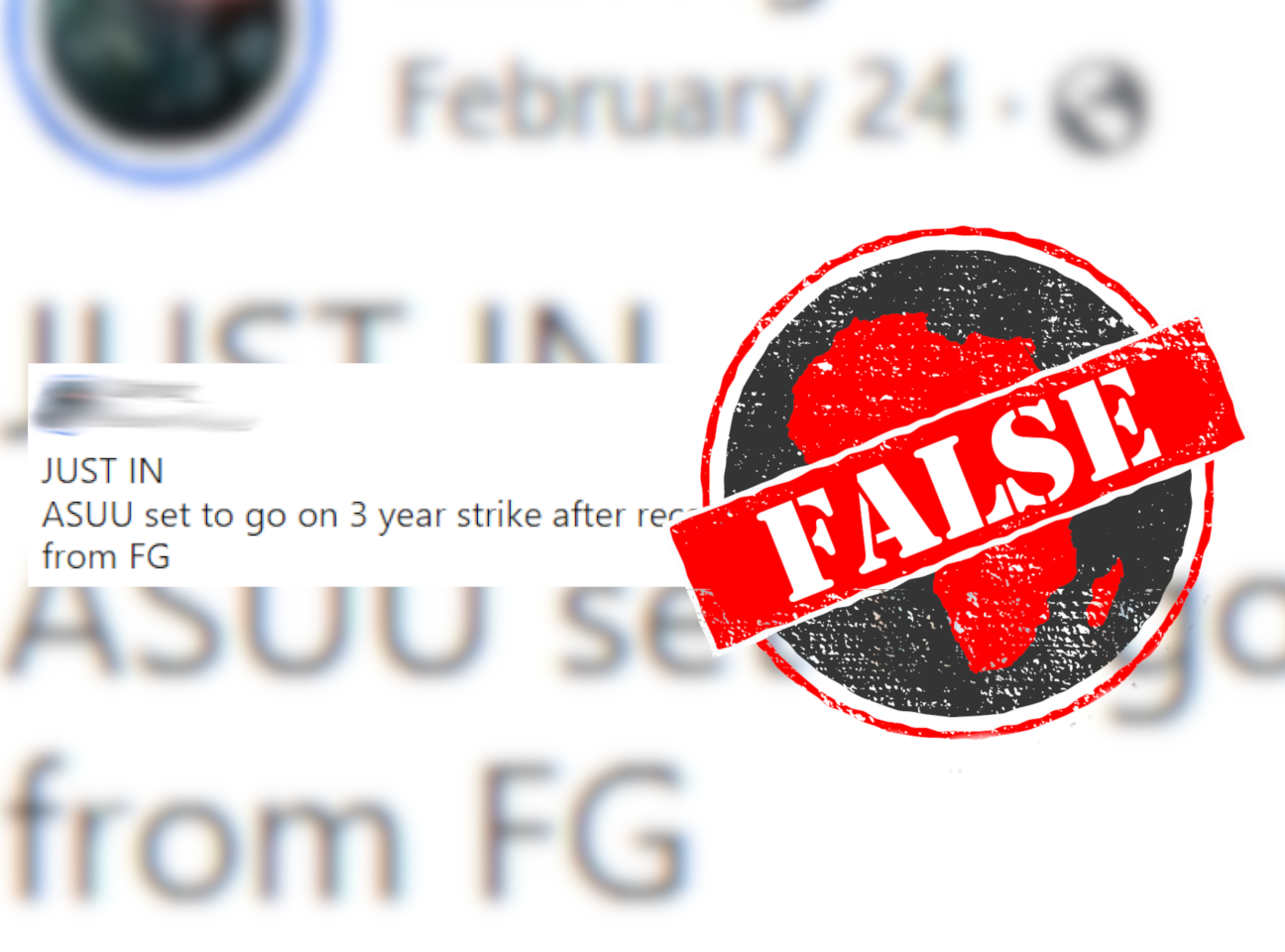 ‘Not true in any way’

“That is not true in any way,” an official from the federal finance ministry told Africa Check. “If that had happened, ASUU leadership would have called a press conference and told the nation about such.”

Since the strike began on 14 February, the government has held meetings with leaders of the union but the meetings have, at time of writing, only ended in deadlock.

The union extended its strike by eight weeks on 14 March saying it wanted to give the government more time to address its demands. But there have been no credible reports of fake payment notifications or of ASUU extending the strike to three years.