“I will make sure Nnamdi kanu spend the rest of his life in prison since he revealed our discussion to Ejiofor,” begins a message posted on Facebook in December 2021, supposedly quoting Nigerian senator Orji Kalu.

Nnamdi Kanu is the leader of the Indigenous People of Biafra (Ipob), a movement demanding southeast Nigeria’s independence from the country – a region separatists call the Biafran republic.

Senator Kalu is a former governor of Abia state in southeast Nigeria. In November, he visited the Ipob leader at a department of state service (DSS) detention facility in Abuja, in the company of Kanu’s chief counsel Ifeanyi Ejiofor.

Kanu has been in DSS custody since June, when he was arrested abroad and returned to Nigeria to face treason charges. His trial continues and he is yet to be sentenced.

The Facebook message claims Kalu told journalists in Abuja that he would punish Kanu for revealing details of their discussion during the visit with Ejiofor.

“When I met Nnamdi Kanu, I asked him why he didn't stay back when the Soldiers came because it was after that failed attempt that made the FG to start holding me on neck,” it quotes him as saying.

“They gave me money to stop the agitations but how Nnamdi Kanu escaped is still a surprise to us. This discussion was between me and him but he had the gut to reveal it to his lawyer… He will remain there forever for this thing he did.”

But did Kalu really say all of this to journalists in Nigeria’s capital? 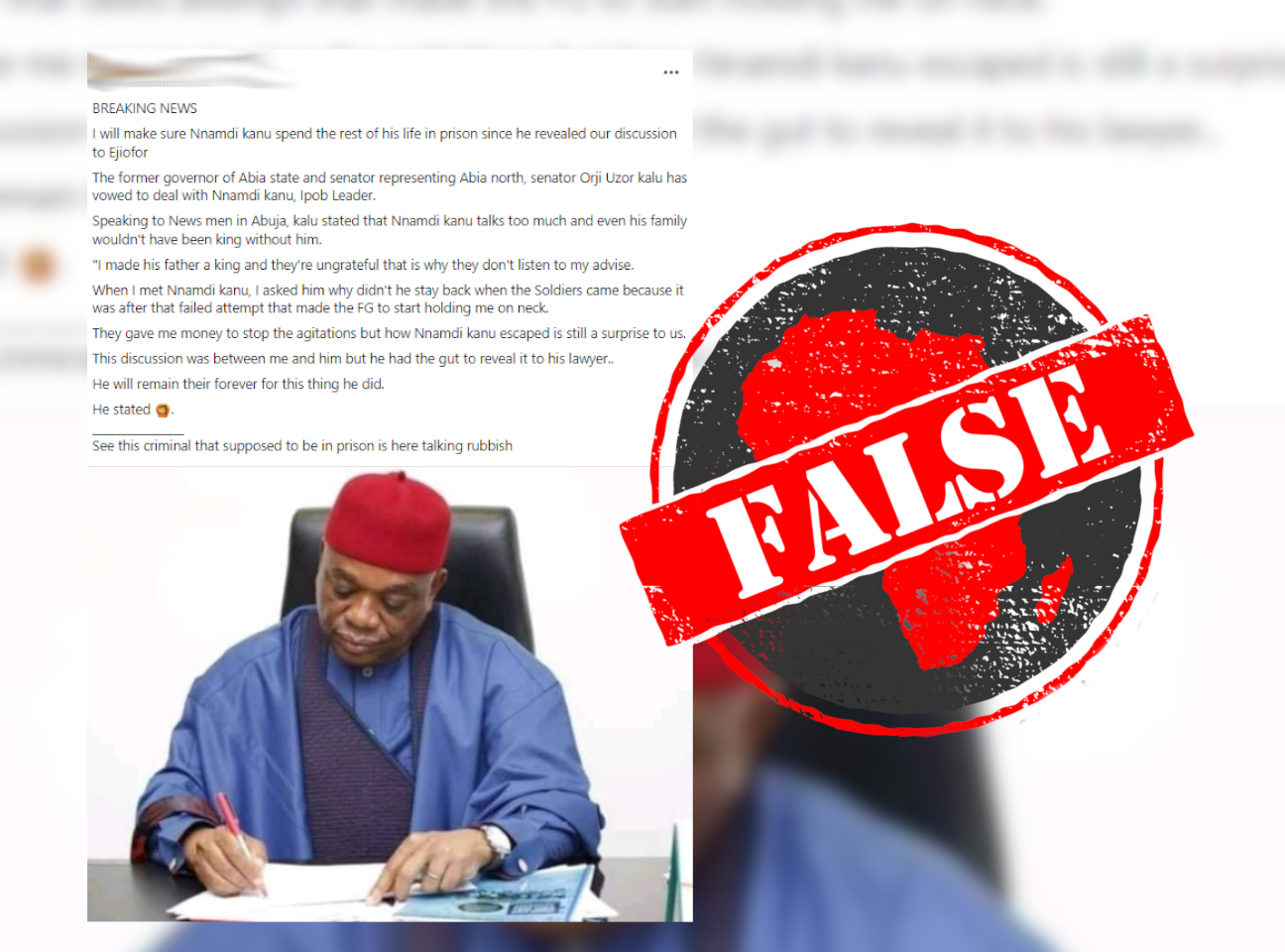 Kalu’s visit to Kanu at the DSS detention facility, the protest by Ejiofor and Kalu’s response to the protest have all been widely reported by the Nigerian media.

But there has been no media report that the senator threatened to ensure the Ipob leader spends the rest of his life in prison.

If Kalu had said this to journalists in Abuja, it would have been published and broadcast by mainstream media in minutes.

And the senator’s Facebook page, on which he announced his visit to Kanu, has no such threat.

We’ve found no evidence to support the claim.