A message posted on Facebook claims Nigerian universities have resumed lectures with the suspension of a one-month strike by the Academic Staff Union of Universities (ASUU).

“Nigerian universities academic activities set to resume on 15th March 2022, after one-month warning strike,” it reads. “According to ASUU chairman, it is a rolling strike! So let’s see how it goes.”

In February 2022,  the university union declared that it was embarking on a month’s strike to press the federal government to meet its demands.

Some of the demands include the payment of both earned allowances and revitalisation funds to universities.

But is the message authentic? We checked. 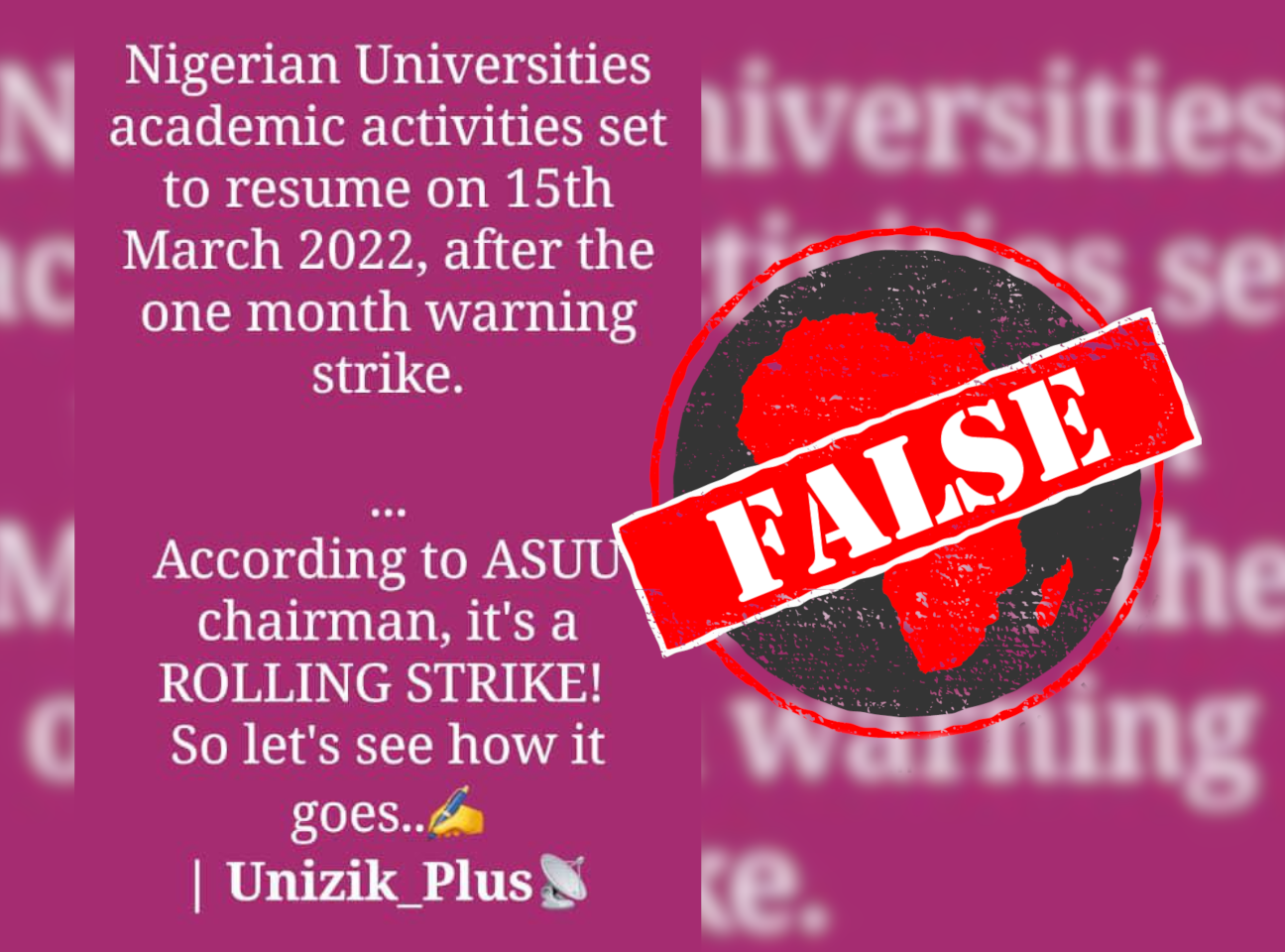 According to reports, ASUU has not called off the strike. It has instead extended the strike by two months.

The national president of the union, Prof Emmanuel Osodeke, described the strike as “comprehensive and total”. This means all public universities have been shut down.

There have been no reports of Nigerian public universities reopening. The news would have been widely covered by credible media outlets.

But Delta State University, which backed out of the ASUU strike, has directed students to immediately return to the campus for academic activities.

The university made the decision at its 183rd regular meeting on 16 March.