No, Nigeria’s Sokoto state has not approved the death penalty as punishment for blasphemy

A post shared on Facebook in Nigeria claims that Aminu Tambuwal, the governor of Sokoto state, has signed a law to punish blasphemy with the death penalty.

"The governor of Sokoto has signed death penalty for anyone who insults the Prophet Muhammad. May Allah reward him with goodness," the 18 May 2022 post reads.

Sokoto is located in northwest Nigeria and is the home of the Sokoto caliphate, a group of Islamic emirates that was a powerful economic and political region during the 19th century. It contributed to the Islamisation of northern Nigeria.

The state was in the news in May after Deborah Samuel, a second-year student at the Shehu Shagari College of Education, was stoned to death and burnt by a mob for alleged blasphemy against the Islamic religious leader.

But has the state approved the death penalty as punishment for blasphemy? We checked. 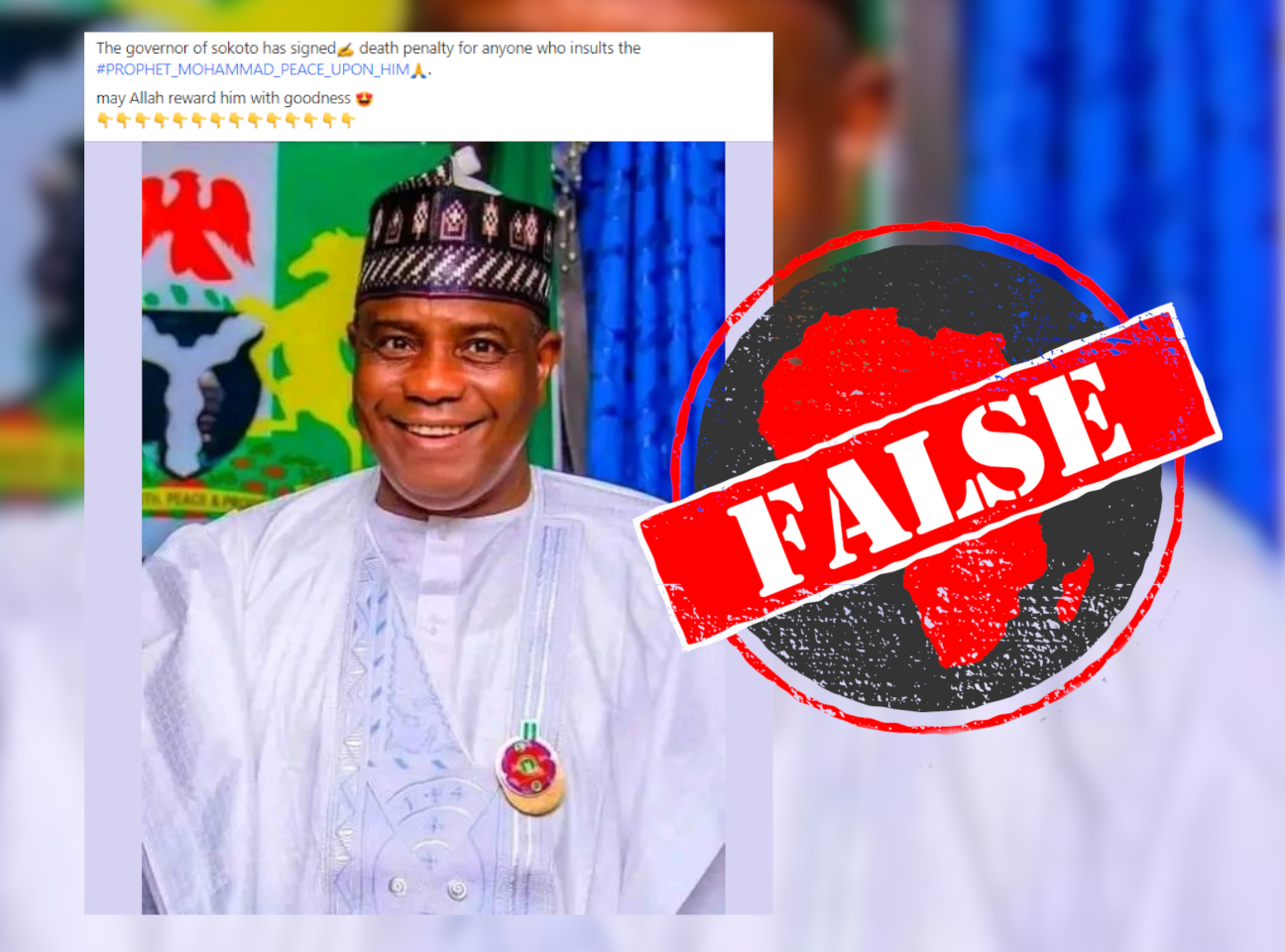 Muhammad Bello, the special adviser on media and publicity to governor Tambuwal, told Africa Check that the claim was false.

“No, it is not true. The governor has not signed such a penalty into law. That news is false,” Bello told Africa Check.

We also found no evidence that the Sokoto State House of Assembly had deliberated on or passed such a law.