No, Nigeria’s transport minister did not say he regrets joining the ruling party

A post on Facebook in Nigeria claims that the minister for transportation, Rotimi Amaechi, has said he regrets joining the All Progressives Congress (APC).

The APC is the ruling political party in the country, led by president Muhammadu Buhari.

Amaechi, who was the former governor of Rivers state as a member of the Peoples Democratic Party (PDP), defected to the APC in 2013. He was later appointed director-general of Buhari’s 2015 presidential campaign.

The post quotes Amaechi as saying he discovered that some top party “chieftains” worked against him and his eventual confirmation as a minister was because of the “firm stand” taken by Bukola Saraki, the former senate president and a PDP leader.

“I cannot exonerate the President from not knowing how I am being shabbily treated because my pact was with him and he knew what my dues were supposed to be but today, he has not redeemed any of the promises to me. I begin to ask myself everyday why I made such a political blunder,” the post reads in part.

It was published 24 January 2022 and also says that other parties “should court and beg me to join them”.

But is this really a quote from the transport minister? 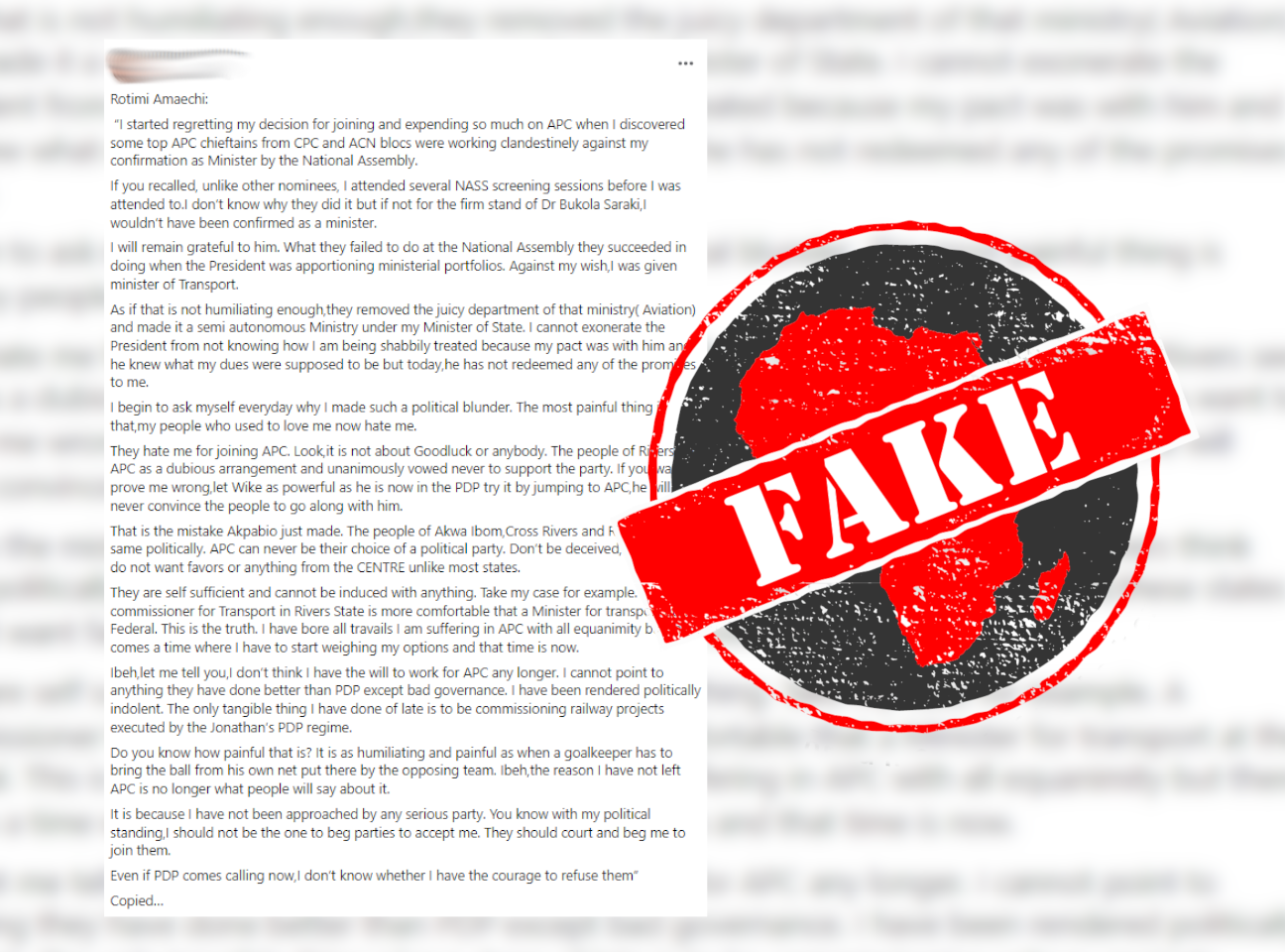 A search on Facebook revealed that the quote has been circulated in posts from as far back as July 2015, and repeated in 2018 and 2019.

None of the posts gave details of where and when Amaechi was meant to have made the comments.

Checks also showed that the statement was not reported by mainstream media platforms or published on the minister’s official social media pages.

“You know that this is election season, a lot of fake news will be flying around. It’s false,” Iyofor said.

Nigeria’s next general election is scheduled for February 2023.

No, Gaddafi didn’t predict coronavirus, but did talk about viruses and vaccines