No, only one of these photos shows recent Kenyan military helicopter crash – other snapped in 2012

Two photos have been posted on Facebook with the claim they show the aftermath of a fatal military helicopter crash in Kenya’s Kajiado county in June 2021.

In the first photo, two soldiers are standing next to a crashed helicopter. The other shows military vehicles parked in the bush.

Their caption begins: “10 soldiers die, 13 hurt as Kenya Defence Forces chopper crash lands in Kajiado. Ten Kenya Air Force personnel have died while 13 others sustained injuries after the military aircraft they were in crash landed in Oltepesi, Kajiado West, during training.”

Data from CrowdTangle, Facebook’s public insights tool, shows that the post has been shared with several public groups and pages, prompting thousands of interactions.

A Kenyan military helicopter did crash on 24 June 2021, killing 11 soldiers.

The Facebook post includes a statement from the military. But were the two photos taken at the crash site? We checked. 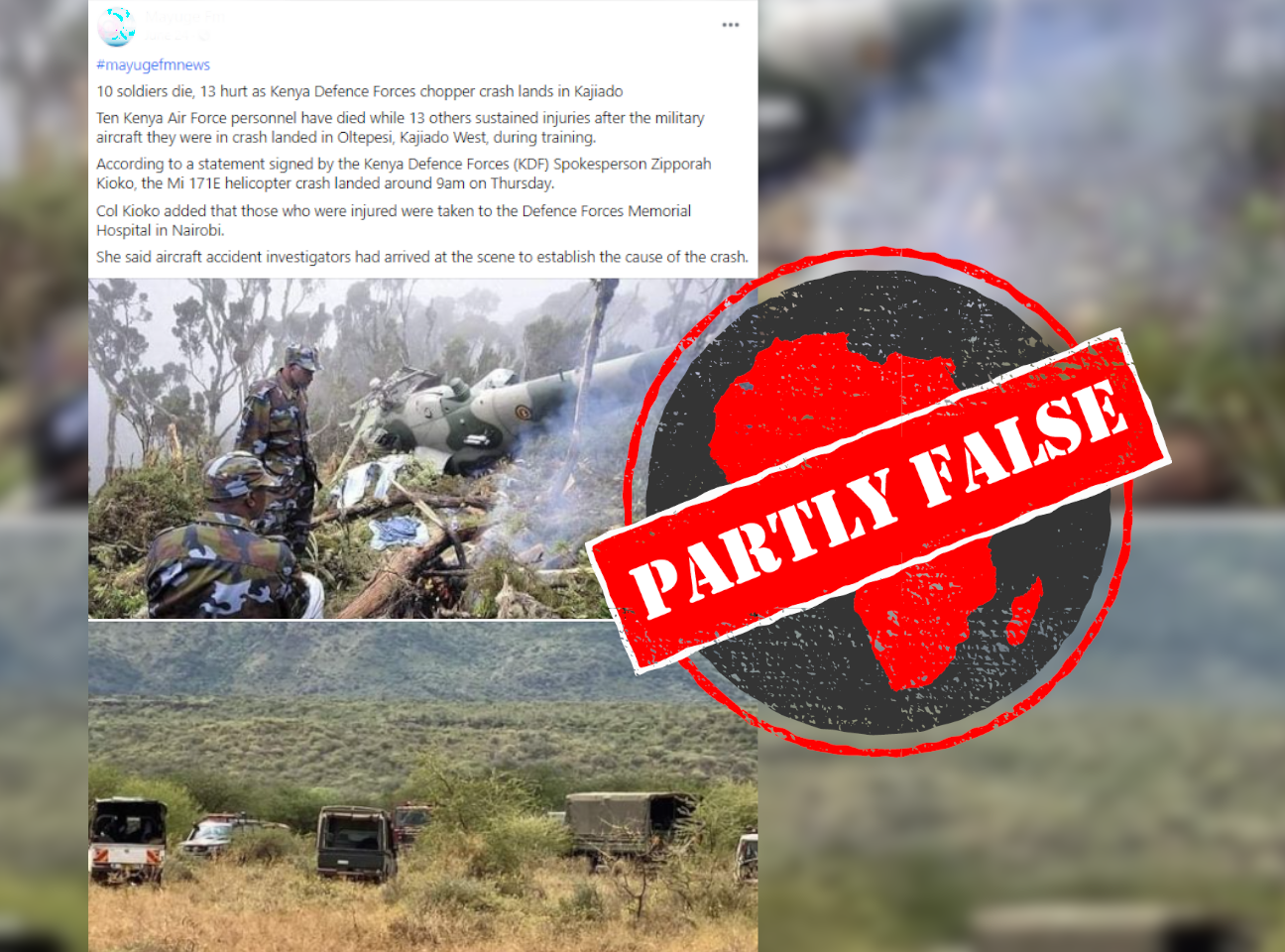 A Google reverse image search of the first photo, of two soldiers at a crash site, reveals that it is nine years old.

It shows the wreckage of two Ugandan helicopters that went missing on 12 August 2012. They had taken off from an airbase in Entebbe, headed to Somalia to reinforce African Union forces. The downed helicopters was found on Mount Kenya by wildlife officers.

A Google reverse image search of the second photo, of military vehicles, reveals that it was snapped at the more recent helicopter crash site in Kenya.

Only one of the photos shows the helicopter crash site in Kenya, in June 2021. The other is of a 2012 crash of Ugandan craft.