“Kondele Defense Forces (KDF) thank you Jeshi la Baba led by Joachim Oketch for the good work done. Baba’s bedroom must be protected from Taka Taka!” the screenshot reads. It has Facebook’s blue verification badge next to Owino’s name.

Kenya’s next general election is set for August 2022. The main contenders for the presidency are Ruto and Raila Odinga, a former prime minister and leader of the opposition Orange Democratic Movement (ODM).

Odinga is commonly referred to as “Baba”. The people of Kisumu – “Baba’s bedroom” in the image – have long supported the former prime minister in elections.

Owino is a member of the ODM and member of parliament for Nairobi county’s Embakasi East constituency.

Africa Check has already debunked a false viral claim that a year-old photo shows Joachim Oketch, a local Kisumu politician, as part of the crowd stoning Ruto’s motorcade on 10 November.

“Taka taka” is Kiswahili for “trash”.

Kondele is a neighbourhood in Kisumu, Kenya’s third-largest city and capital of Kisumu county. There is no “Kondele Defense Forces” – this is a tongue-in-cheek reference to the stone-throwing crowd. 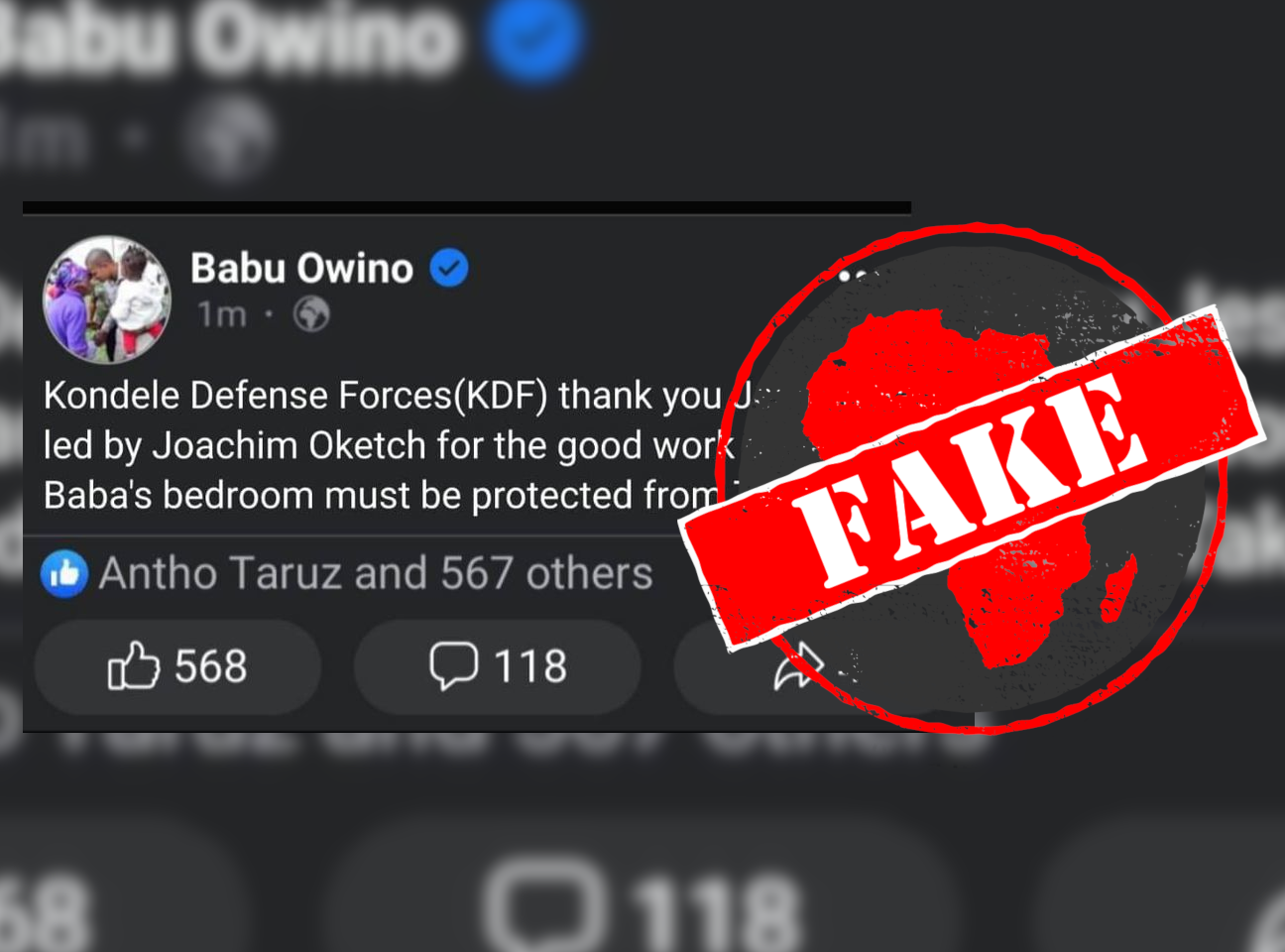 Africa Check searched Owino’s verified Facebook page for the message, but found nothing. An advanced search of his verified Twitter page for tweets from 9 to 12 November also returned no result.