No, papaya and moringa concoction won’t cure hepatitis B

A Facebook post claims that a concoction of papaya, moringa, coconut and lemon can cure hepatitis B. The post, first published on 1 June 2020, says this works within 10 days.

It describes how to prepare the mixture and promises “a complete recovery”.

Hepatitis B is a viral infection that attacks the liver. Can it really be cured so easily? 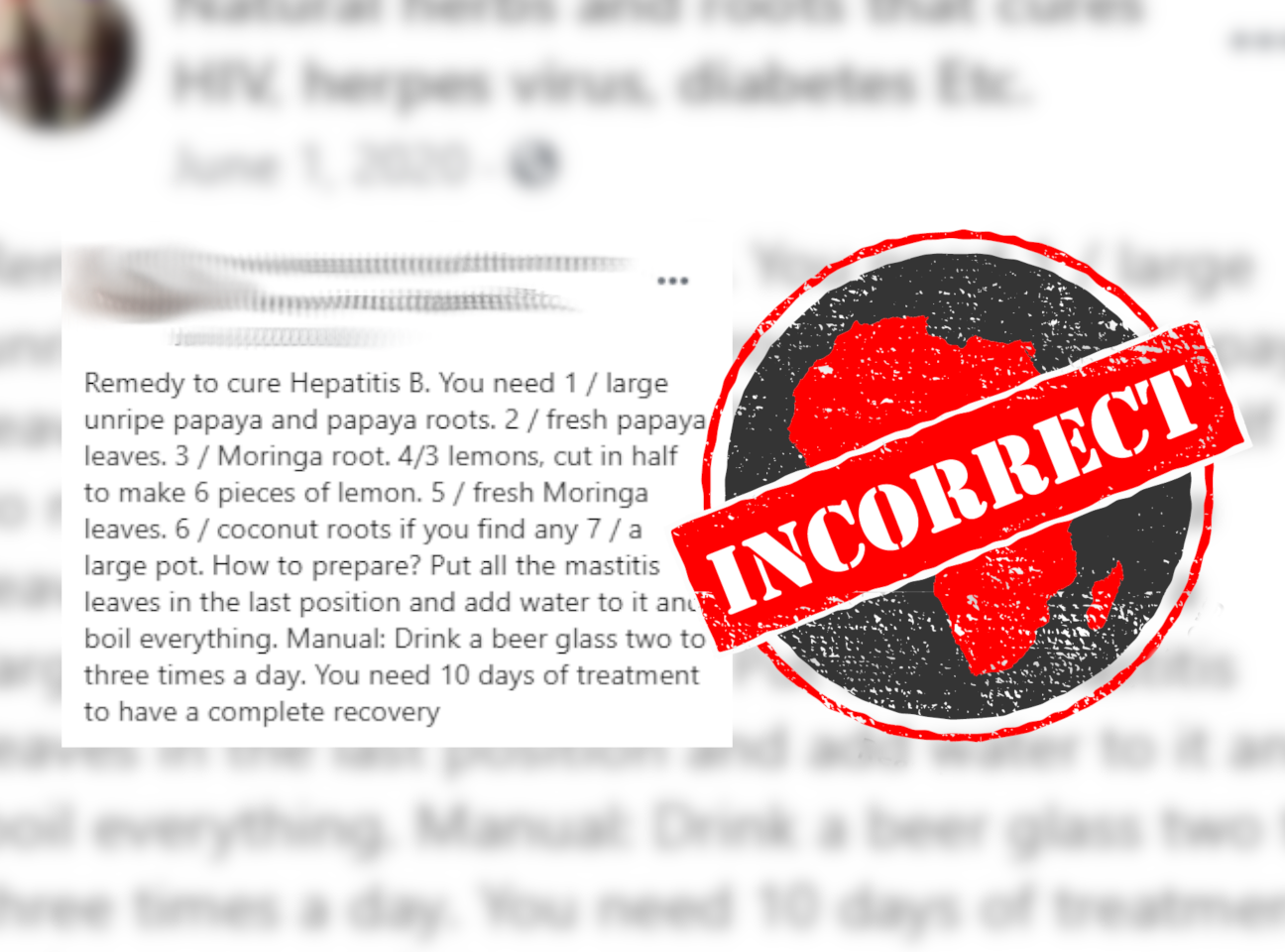 According to the World Health Organization and the UK’s National Health Service there is currently no cure for hepatitis B.

There is also no specific treatment for acute hepatitis B, says the WHO, though chronic cases can be suppressed through medication.

The disease is preventable by a vaccine. It’s recommended this is given to all infants as soon as possible after birth, followed by two or three doses.

Odimayo researches the hepatitis B virus and said: “There is simply no scientific evidence to back such a claim. There are lots of similar claims around, and none of them have been confirmed.”

He added that such claims, made without scientific evidence, pose a danger to society.

“It is not right to be making such claims. Such claims mislead the public, and are unfair because many people are ignorant. They fall for whatever they see, hook, line and sinker,” he told Africa Check.