On 17 November 2021, Zambian member of parliament for Kabwata Levy Mkandawire died after a road accident. He was a member of the ruling United Party for National Development (UPND).

Soon after, a message appeared on Facebook quoting Antonio Mwanza, the former media director of the opposition Patriotic Front (PF), as saying “God is fighting for Zambians by killing UPND leaders”.

The message reads: “Zambian Opposition Patriotic Front-PF media director Antonio Mwanza has said that God is fighting for Zambians by taking away lives of the ruling UPND government officials.”

It adds: “Commenting on the death of Kabwata constituency UPND member of parliament, Antonio Mwanza said he's not surprised that UPND Leaders has started dying because God is cleaning the land for the lighthous ones.”

There has been a continued and intense rivalry between the UPND and PF.

But did Mwanza really say all this? We checked. 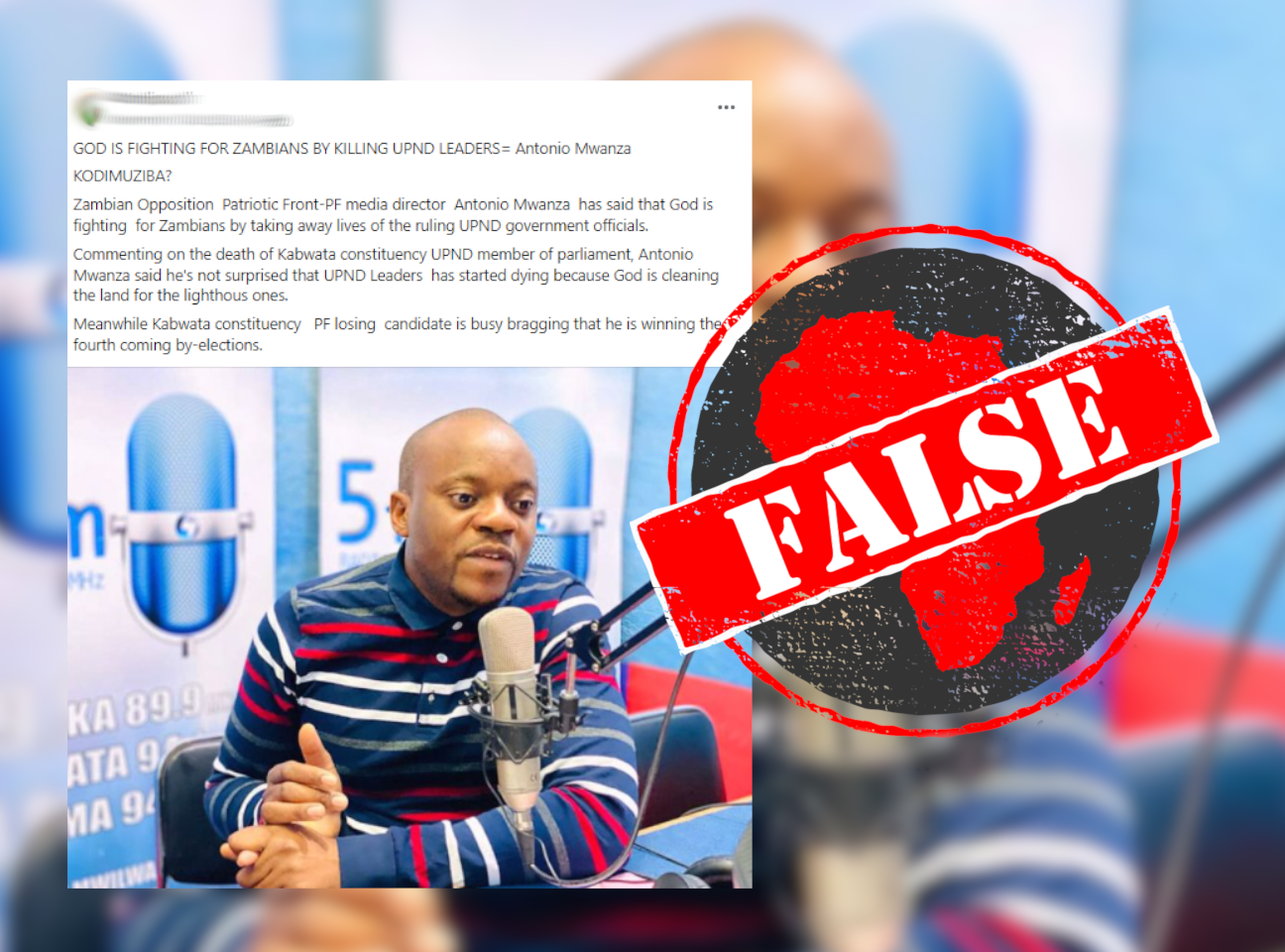 ‘Aimed at sowing seeds of hatred’

In a letter to the editor of Daily Nation Zambia, Mwanza dismissed the message as “malicious” propaganda.

“I HAVE just learnt of a fake and extremely malicious statement posted on a Facebook Page called KODIMUZIBA alleging that I issued a statement claiming that the death of Hon Levy Mkandawire, MP for Kabwata Constituency, is an act of God, fighting for the PF,” Mwanza wrote.

He added that the message was “aimed at sowing seeds of hatred against me” and tarnishing his image “in the minds of right-thinking Zambians”.

He said he had not issued any statement about the death of Mkandawire.

“It is inhuman to try to play dirty politics in a time of sorrow such as this one,” the letter reads.