The 1 December 2021 post explains how to infuse unripe pawpaw fruit in water for four days before drinking “half a glass of the pawpaw water every morning, afternoon and evening”.

“It is not a relief. It is a cure … You will no longer feel those ulcer pains because it will heal the wounds inside that are causing the pain,” the post claims.

Pawpaw or papaya is a tropical fruit believed to be native to Mexico and Central America and also grown in parts of Africa.

Africa Check has previously debunked false claims about the health benefits of pawpaw, including a similar suggestion that pawpaw leaves are a “permanent” cure for ulcers. But is drinking water infused with unripe pawpaw fruit any better? We checked. 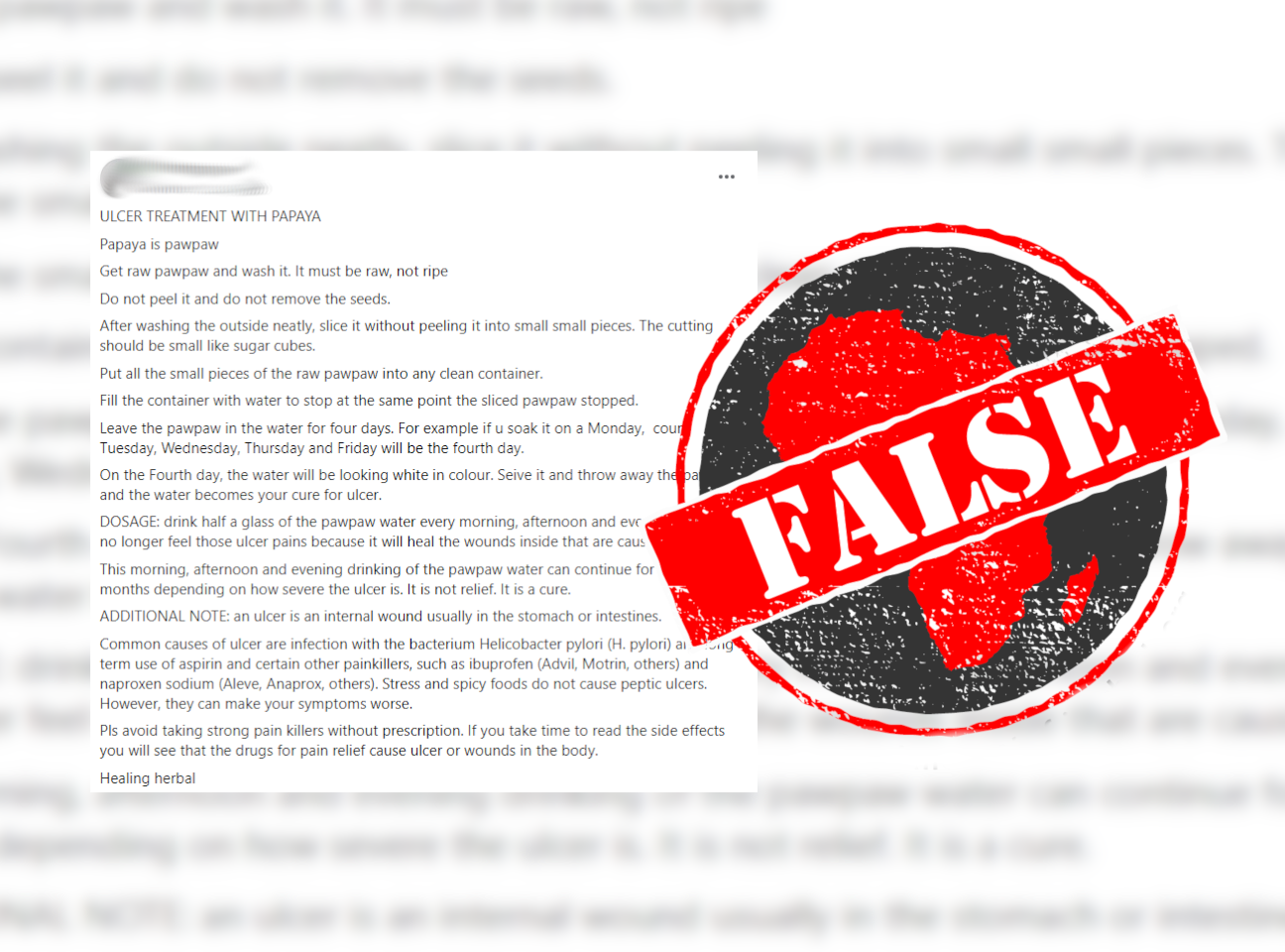 The UK’s National Health Service (NHS) describes ulcers as open sores on the lining of the stomach or in part of the intestine.

Ulcers can be caused by Helicobacter pylori bacteria or regular use of painkillers, specifically non-steroidal anti-inflammatory drugs or NSAIDs.

Symptoms of ulcers include stomach pain, indigestion and heartburn.

Olusegun Bankole is a doctor at the Alimosho General Hospital in Lagos state, southwest Nigeria.

Bankole told Africa Check that folk remedies like this are commonly shared on social media even though they don’t work.

“Drinking water containing unripe pawpaw will not cure an ulcer. Instead, affected persons should go to the hospital and follow the treatment recommended by a doctor,” he said.

“The medication prescribed by the doctor has been tested, produced in the appropriate environment and certified safe for human use."

No, pawpaw seed won’t cure typhoid fever – get doctor’s prescription for antibiotics instead