No, pawpaw seed won’t cure typhoid fever – get doctor’s prescription for antibiotics instead

“Pawpaw seed is a remedy for Typhoid fever,” claims a post on the Nigeria-based Facebook page “SURE TRUTH”, which has more than 700,000 members.

“In case you suffer from Typhoid fever, no matter how long or chronic, just chew a handful of fresh ripe pawpaw seed and that will be the end of the ailment,” the post reads. “It is so effective and works very fast.”

Typhoid fever is a bacterial infection that can cause diarrhoea and vomiting. It is highly contagious, and can be deadly.

Pawpaw is a fruit also known as papaya. But will chewing the fruit’s seeds really cure typhoid fever? 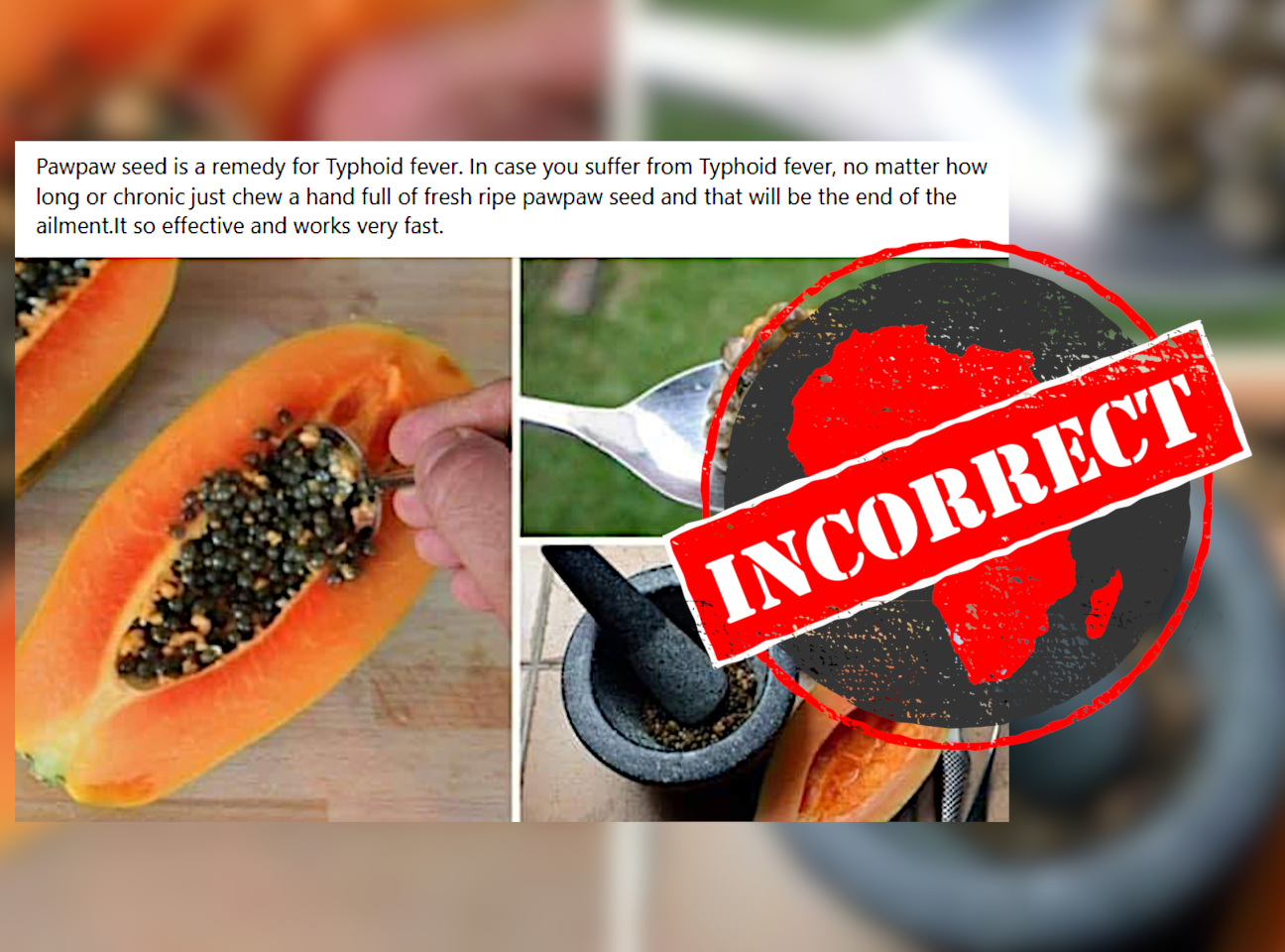 “This remedy has not been scientifically proven. I wouldn’t advise anyone to try it,” Janet Olaitan, a professor of microbiology at Nigeria’s Osun State University, told Africa Check.

“Such traditional treatments should be avoided. They do more harm than good to the body. Visit a hospital to get proper treatment for typhoid fever. A doctor would recommend the right antibiotics to treat this ailment.”

Tanimola Akande, a  professor of public health at the University of Ilorin, told us that “for orthodox medicine, there is no scientific evidence for this claim”.