Two photos of a large group of men sitting on the ground with weapons and cash stacked in front of them have been circulating on Facebook in Nigeria with the claim they are the kidnappers of students from Greenfield University.

“Kidnappers of Greenfield university students caught with the ransom they collected,” one caption reads.

Greenfield University is a private institution in Kaduna, the capital of Kaduna state in northern Nigeria. In April 2021, local media reported that students had been kidnapped from the university.

Later reports said 14 students had been released after the abductors killed five students and threatened to kill others if a ransom was not paid.

The claim has been shared on several Facebook pages.

But does the photo really show the Greenfield University kidnappers after their arrest? We checked. 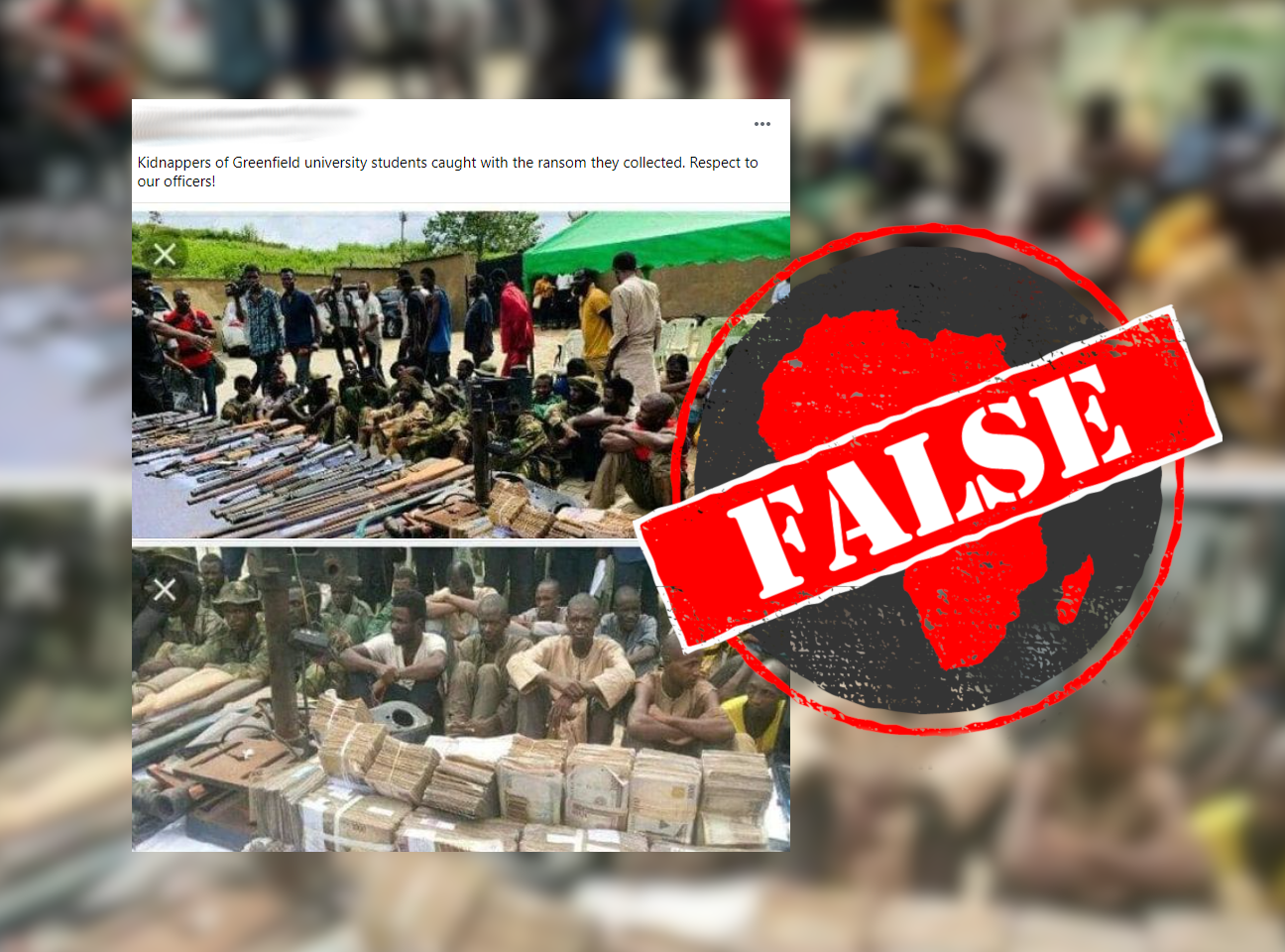 Kidnappers of Sokoto businessman in 2019

A Google image search reveals that the photos have been on the internet since October 2019.

The search results directed us to a report by the Independent, a Nigerian newspaper, with the headline: “Police recover N10.1m, eight AK- 47 rifles from kidnappers of Sokoto businessman”.

In the video, Nigeria Police spokesperson Frank Mba talks about the activities of a gang of kidnappers and parades the arrested suspects.

The men in the photos shared on Facebook can be seen at the beginning of the video, sitting in the same position with weapons and cash stacked in front of them.

‘It’s our desire to see them arrested’

Samuel Aruwan, Kaduna state commissioner for internal security and home affairs, has debunked claims that the Greenfield kidnappers have been arrested.

“I have been inundated with calls, messages and emails to confirm if the bandits responsible for the kidnapping of the Greenfield University's students have been arrested,” Aruwan wrote in a Facebook post on 9 June 2021.

“While it is our desire to see this happen by the grace of God, I cannot confirm the story making the rounds, and I have not received any information related to this from security agencies."