No, photo of crowd from Kenya’s 2017 elections, not deputy president’s rally in February 2021

A photo posted on a Facebook page with more than 540,000 followers on 20 February 2021 shows a massive crowd of people stretching almost out of frame. Its caption claims they are at Kenyan deputy president William Ruto’s political rally in Baringo county, northwest of Nairobi.

“Thank you Baringo for hosting Hustler Nation,” the caption reads. “Mtoto wa Nyayo is saying that Ruto is paying people to attend his rallies. His brother Raymond added that they can pay triple ‘if it's about spending money, we can pay even their family to attend our rallies’, he said. My question is, how can you pay all these people to attend a rally?”

Ruto did hold a rally during his visit to Baringo county on 20 February. But does the photo show the rally? We checked. 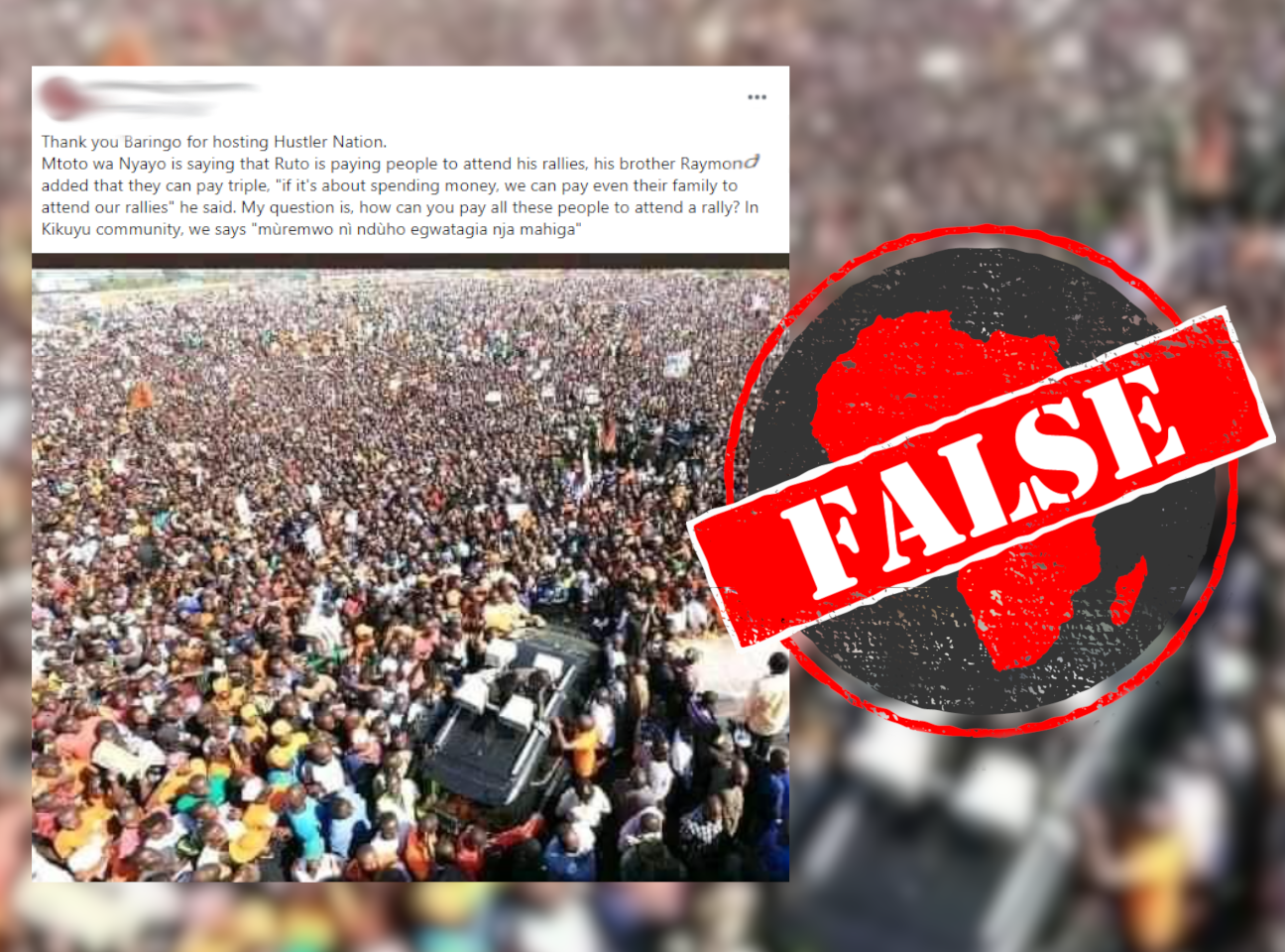 Using a reverse image search (here’s how to do one), we found that the photo has been online since 2017. It appears in a blog post dated 24 October 2017. This means it can’t possibly show a rally in 2021.

We then searched the photo on the blog and traced it to a Twitter post by Kalonzo Musyoka, a Kenyan politician. He was part of the National Super Alliance coalition in the 2017 general elections. 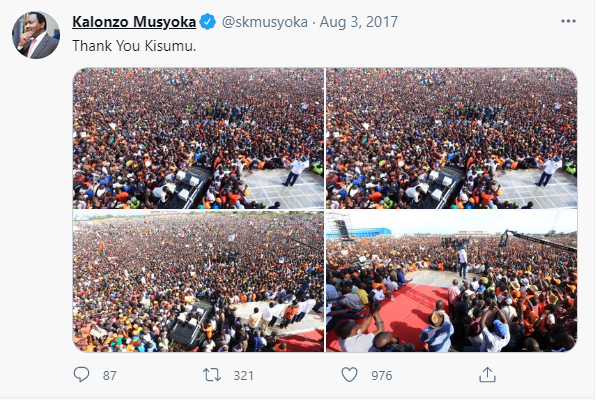 The politician posted the photo and others during a campaign rally in Kisumu city on 3 August 2017 with the caption: “Thank you Kisumu.”