No, photo of dead bodies face-down in water not from Phoenix, KwaZulu-Natal

South Africa experienced a wave of unrest, violence and looting in early July 2021. It was sparked by protests against the arrest of former president Jacob Zuma for contempt of court on 8 July.

Over 300 people died in the violence. In the aftermath many South African social media users have complained that the country’s media and national government have downplayed the events.

These complaints have focused on several murders allegedly committed in Phoenix, a town in KwaZulu-Natal, one of the two provinces most affected by the unrest.

The murders are claimed to have been racially motivated, apparently resulting from tension between black African and Indian South Africans.

This topic has trended on Twitter as “#PhoenixMassacre”, as well as several misspellings of the term. It was reported on 8 August that 31 people had been arrested in connection with unrest in Phoenix.

Africa Check debunked several misleading claims shared during the protests, including out-of-context images that resurfaced in connection with Phoenix.

One of these was a video, filmed at least a year before the protests, which was misattributed to unrest in Phoenix multiple times on social media.

A photo of two bodies lying face down in a shallow muddy stream has also been shared several times online with claims it was taken in Phoenix.

But where is this photo actually from? 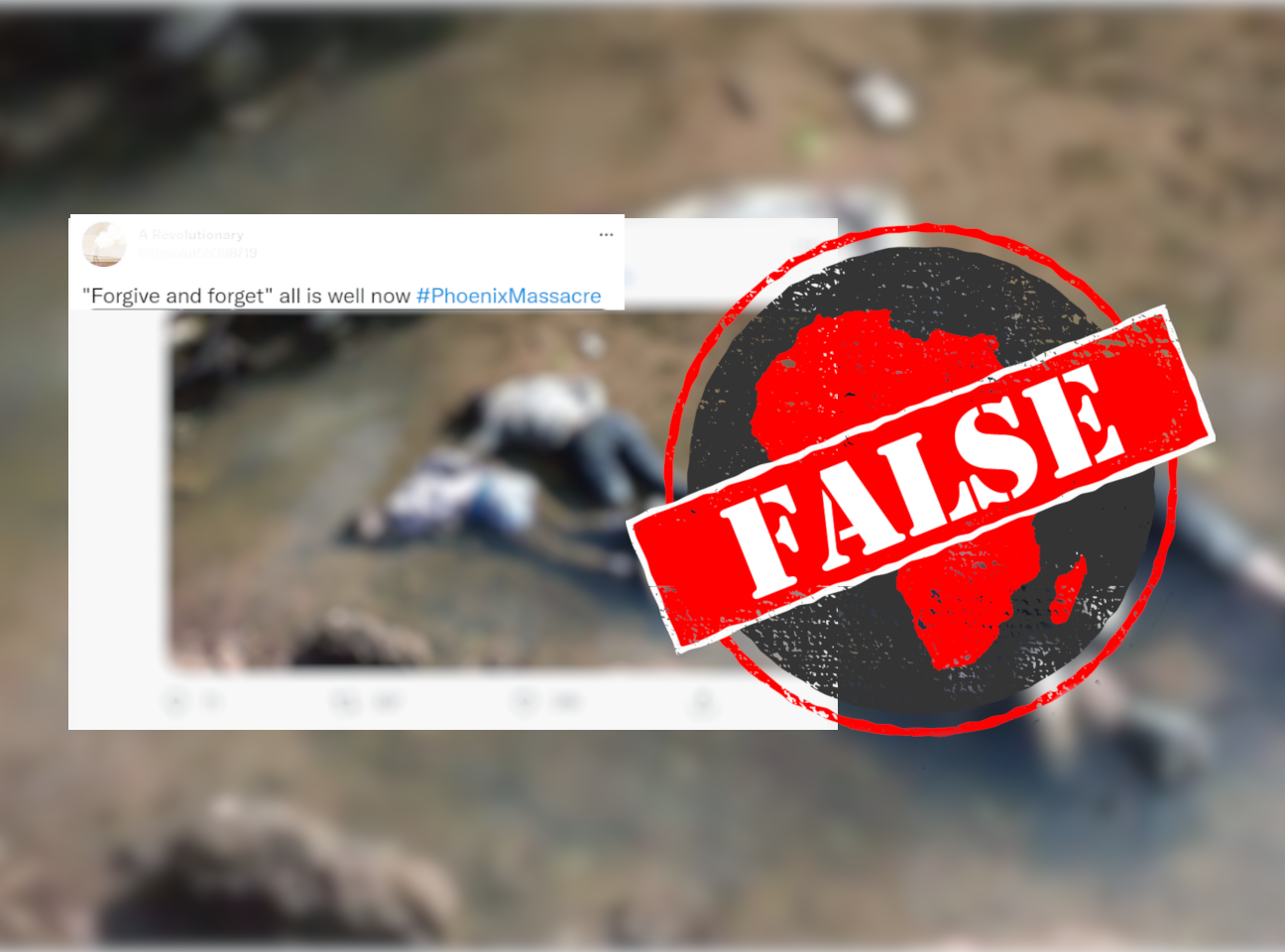 The photo was originally posted to Facebook by someone from the small town of Adams Mission. The user wrote in isiZulu that the two bodies were found at “Adams sport ground”.

They encouraged people to contact the police in KwaMakhutha, a neighbouring township some 7 kilometres away, if they had any information about the dead.

Most versions of the photo that have been shared with claims that it was taken in Phoenix have been poorly cropped. They either include the original message or you can see, when comparing it to the original, that it is a cropped screenshot.

Africa Check spoke to South African Police Service spokesperson Col Thembeka Mbele, who confirmed that the bodies were not found in Phoenix, 60 kilometres from Adams Mission.

She said the victims are unidentified, but that they were “killed execution style” and police had no reason to connect the murder of these two people to unrest in Phoenix.