An image posted on a public Facebook group with over 200,000 members in November 2021 shows a man in a blue shirt with an incredibly long torso, arms and legs, standing in a field.

Its caption reads: “Meet Joshua Ladu. He is from South Sudan. At 9’8ft, he is ranked the tallest man in the world.” That would make him nearly 296 centimetres tall.

The photo began circulating on Facebook in 2020 with a similar caption: “The tallest man ever lived, Joshua Ladu, a South Sudanese man ‘ranked as the tallest person in Guinness book of records’. It is believed his height stands at around 9’8 FT.”

But the image’s poor quality suggests it could have been manipulated. Does it show the tallest man in the world? We checked. 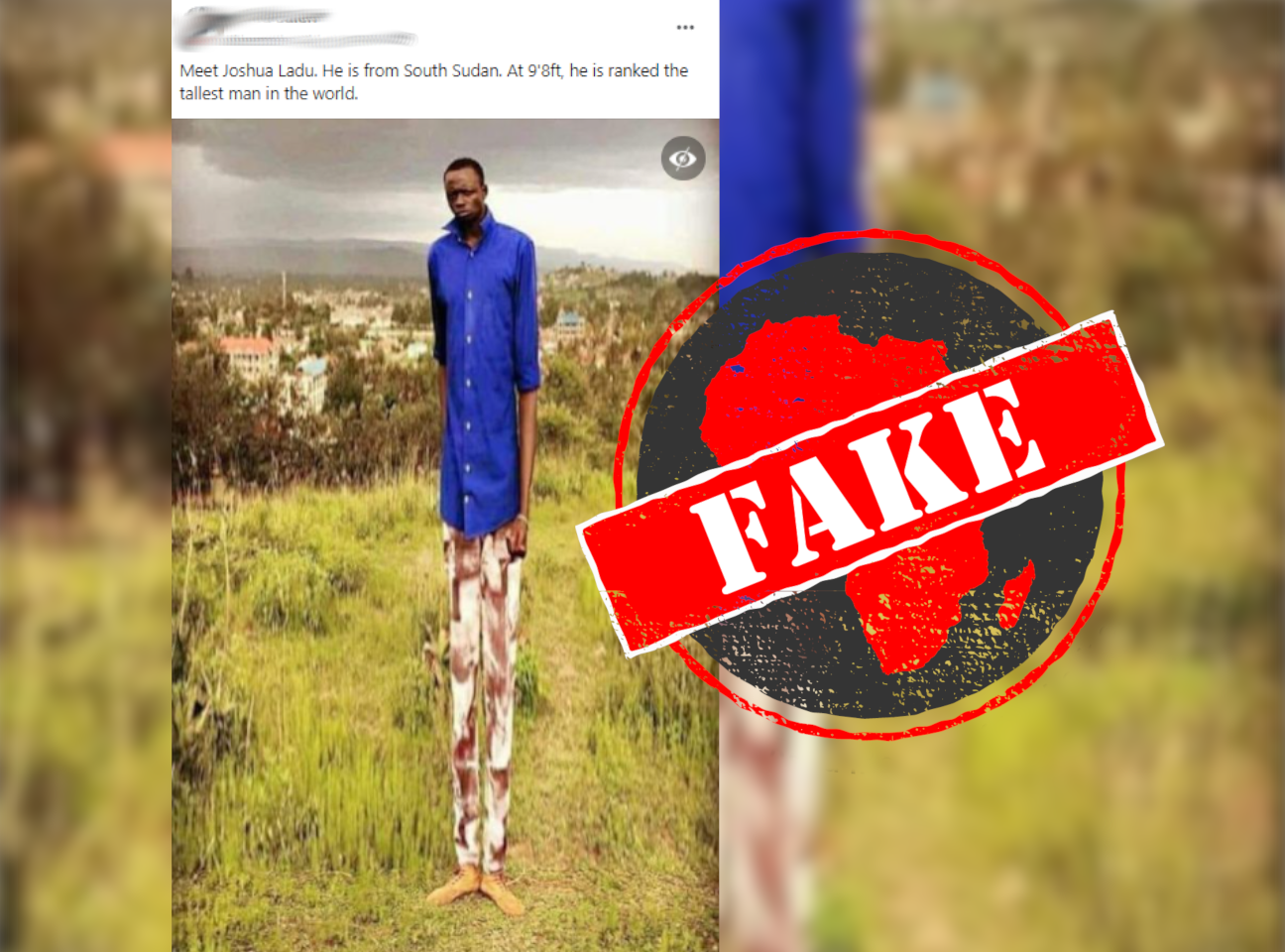 To find out if there were inconsistencies in the image that indicated it had been doctored, we ran it through InVID We Verify tool forensics. The tool detected image splicing. During the editing of the photo part of the image was pasted onto another.

There were also many anomalies in the jpeg compression, more proof that it has been manipulated.

A Google reverse image search did not find the original, unaltered photo. But one Facebook user commented by sharing the original photo, which shows the man of normal proportions.

The image has clearly been doctored.

According to the Guinness World Records, Sultan Kösen holds the title of the world’s tallest living man. In 2009, GWR measured Kösen’s height and found he was 8 feet 1 inch tall (256 centimetres). Two years later, GWR measured him again and found that he had grown to 8 feet 2.8 inches (251 centimetres).