No, photo does not show accident between the ‘only two cars’ in the US state of Ohio in 1895

A graphic circulating on Facebook reads: “In 1895 there were only 2 Cars in the entire state of Ohio yet they still ended up crashing into each other.”

The graphic includes a black-and-white photo and has been viewed more than 280,000 times since it was posted on 13 February 2022.

The photo appears to show the aftermath of a collision involving two old-fashioned cars.

Is the photo of an improbable car crash in 1895 in the midwestern US state of Ohio? We looked into it. 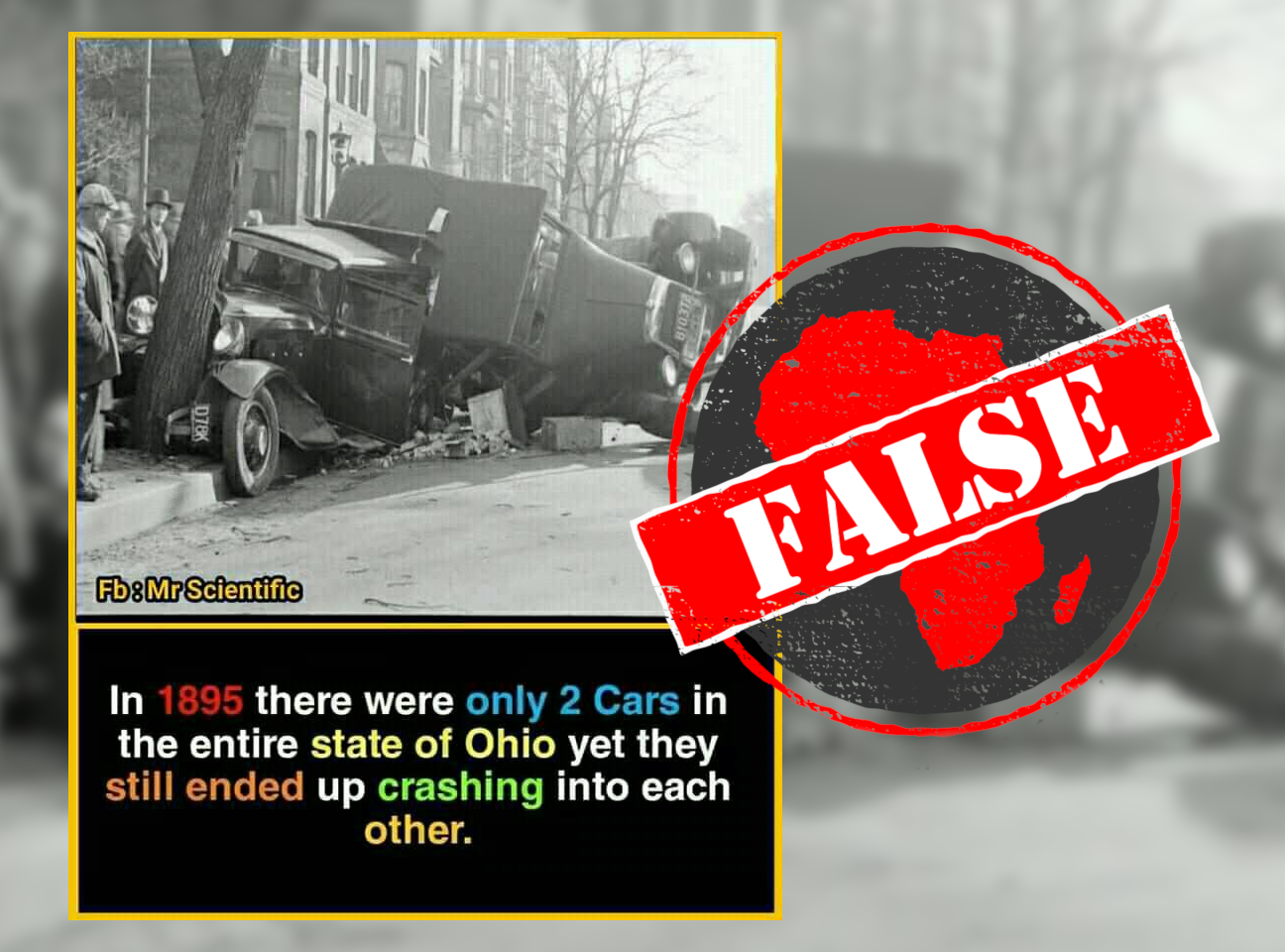 A reverse image search did not lead to any exact matches. But we did find a similar photo that appeared to show the same accident from a different angle.

A reverse search of that photo then led to a Business Insider article titled Stunning Pictures of Car Wrecks from 1930s. The article attributed the origin of the photo to a collection digitised by the Boston Public Library in the US state of Massachusetts.

We found the original photo used in the graphic shared on Facebook in this library collection. The description says the photo was taken in March 1932 in the Back Bay area of Boston.

The photographer is listed as Leslie Jones, who worked for the Boston Herald newspaper, often capturing images of vehicle accidents.

Both the original photo and the other photo of the same accident appear in his catalogue.

No evidence of 1895 accident involving Ohio’s only two cars

We were unable to find any evidence of an accident in 1895 in Ohio, like the one described in the graphic.

A fact-check by fact-checking site Snopes on a similar claim – using a different photo – suggests the story may date back to a 1967 ad for US oil company Mobil in Life magazine. But there’s no evidence that the anecdote in the ad is based on real-life events.

According to the Ohio Bureau of Motor Vehicles, laws to register cars were only introduced in the state in 1906. This would make it difficult to know how many cars were in operation eleven years earlier, in 1895.

But accidents were documented around that time, and as Snopes also points out, it is likely that if the only two cars in Ohio had crashed into each other, we would still have records of the incident.