A March 2020 Facebook post claims to show a photo of Chinese billionaire Jack Ma as a child. The photo is of  a young boy in a dirty yellow shirt sitting on an older boy’s lap.

A second photo in the post shows an adult Ma holding a microphone.

“Who thought the boy in the yellow shirt would grow up to be the richest man in China, He's Jack Ma, CEO of Alibaba,” the caption reads. The post has been viewed more than 25,000 times so far.

Ma is co-founder of the Alibaba Group, one of the largest e-commerce companies in the world. Forbes calculates his net worth at more than US$48 billion. In 2020 the magazine ranked him as the richest person in China, and the 17th richest in the world.

But does the photo show Ma as a child? We checked. 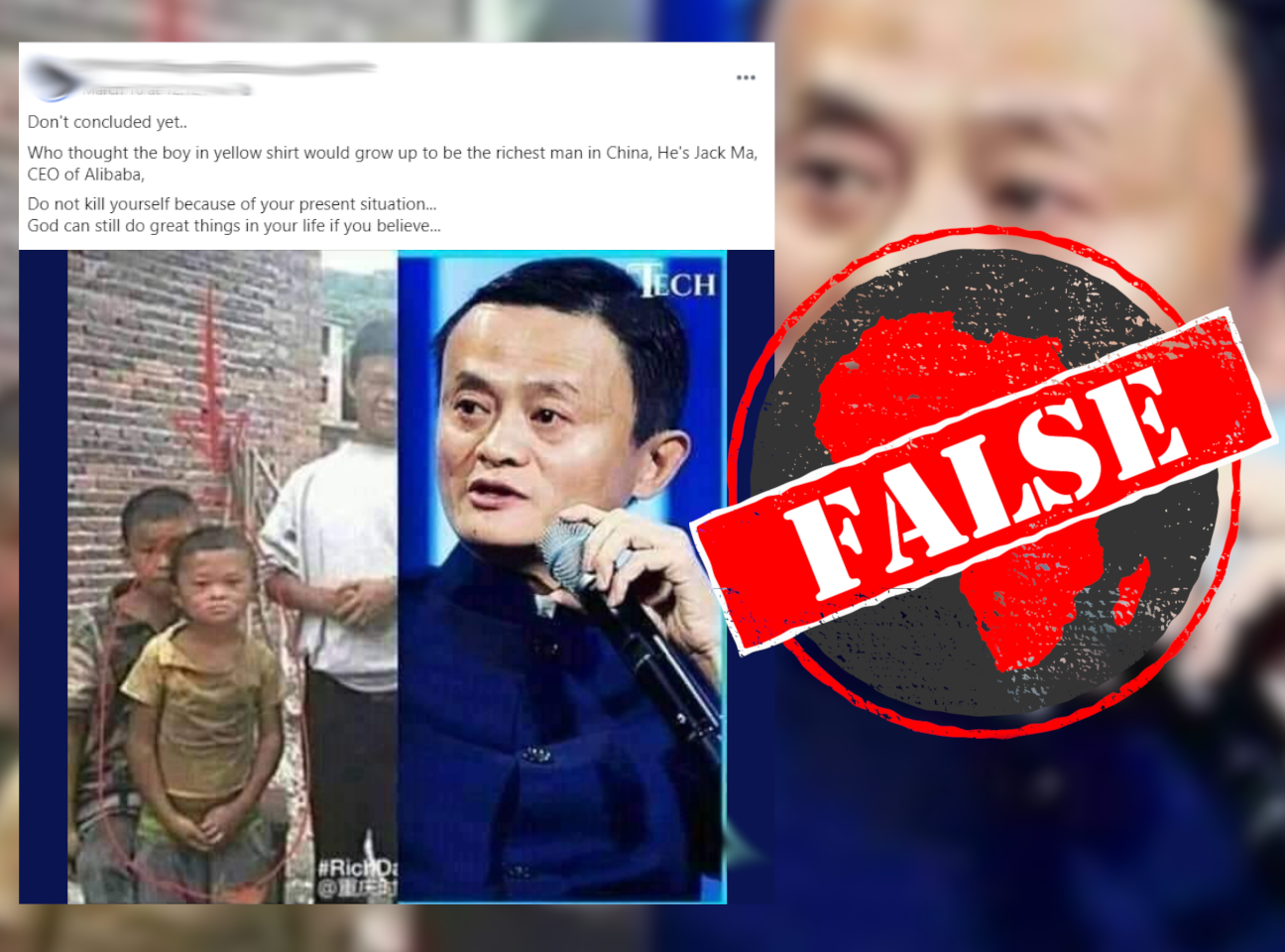 A reverse image search reveals that the photo was published on the China Daily Asia website in November 2016.

But it doesn’t show a young Jack Ma. It’s of a nine-year-old boy named Fan Xiaoqin who is nicknamed “mini Jack Ma” because of his strong resemblance to the billionaire.

The article says Fan gained public attention after a video of him went viral on social media. Ma reportedly offered the boy financial support for his studies after it was revealed that Fan and his family lived in poverty.

Ma himself reportedly grew up in poverty under communist China. Media outlets have published some photos of him as a child.

A photo posted with the claim it shows Chinese billionaire Jack Ma as a child is actually of nine-year-old Fan Xiaoqin, who attracted attention for his strong resemblance to the billionaire.