A photo has attracted social media attention in Kenya, with the claim it shows a county woman representative attending a political meeting at Sagana State Lodge, the presidential lodge in the foothills of Mt Kenya.

Chege was supposed to appear in court on 22 February over claims she had made at a 10 February political rally about alleged rigging of the 2017 elections. But she excused herself from court, saying she was sick and had been admitted to Nairobi Hospital.

When this photo appeared to show Chege at the Sagana meeting, just a day after she had missed her court hearing, Facebook users were quick to point out apparent hypocrisy.

But does this photo really show Chege at Sagana State Lodge, despite claims she had been admitted to hospital and couldn’t attend court? We checked. 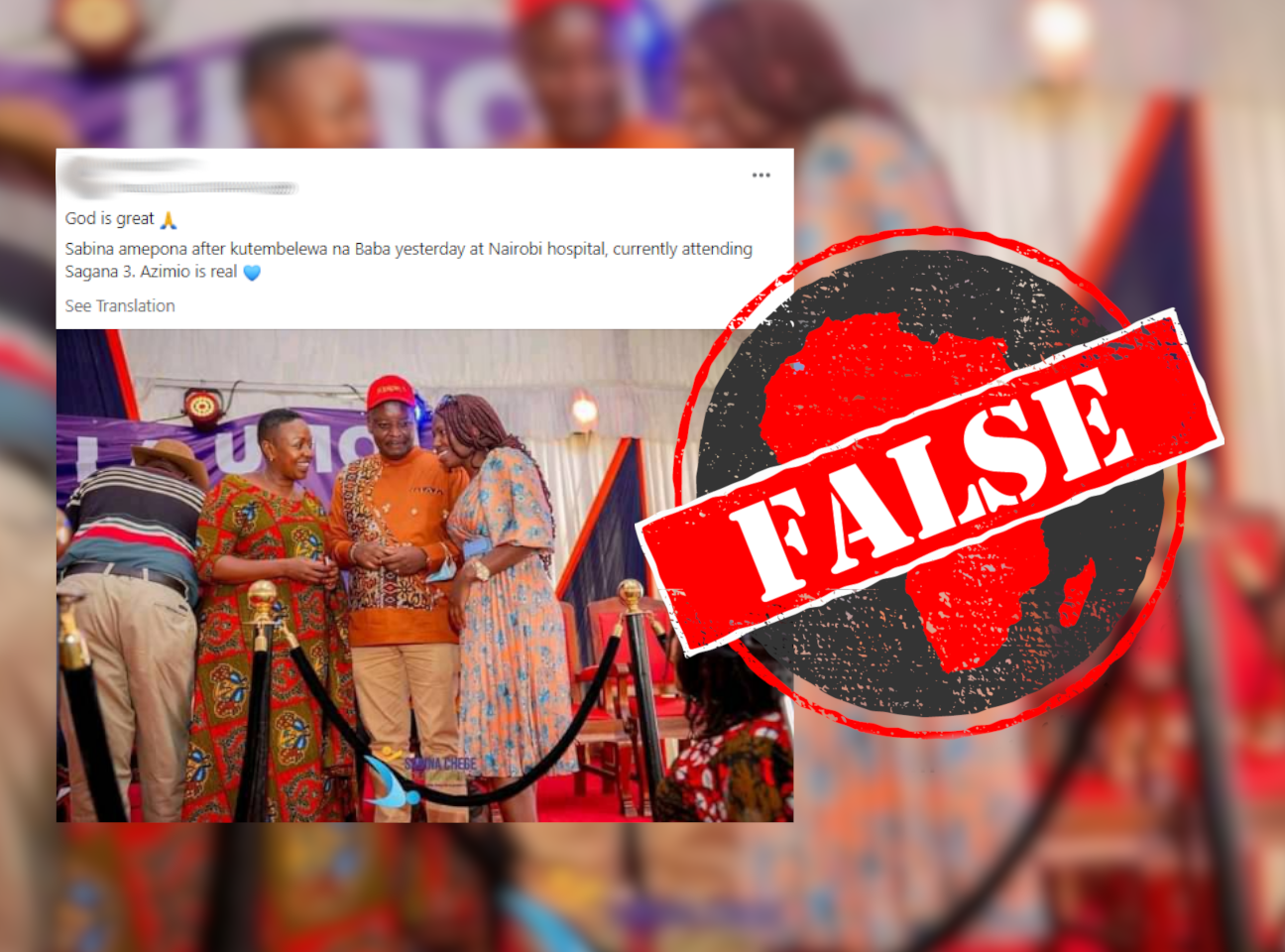 The county woman representative often posts about political meetings on her Facebook page.

Africa Check looked at the photos published here and while we could not find the photo shared more widely on social media, we found a post from 22 January 2022 showing her wearing the exact same clothes.

Like the photo shared in late February 2022, these January photos are watermarked with the Sabina Chege Foundation logo. According to the post, they were taken during an Azimio la Umoja coalition meeting in Ugenya, Siaya county, in southwestern Kenya.

Azimio la Umoja, Kiswahili for “declaration of unity”, is a coalition of at least 25 political parties that have signed a cooperation pact ahead of the August elections. The coalition is headed by Odinga.

The photos from 22 January posted by Chege show a purple banner behind the podium with what appears to be the words “Azimio la Umoja”.

The Sagana meeting was broadcast live and at no point was Chege seen on the podium. There was also no evidence of a purple Azimio la Umoja banner.

The photo shared as proof of Chege’s attendance was not taken at Sagana.