A post on Facebook claims that the Malawian government placed an order for a vaccine but instead received a huge rock.

The March 2021 post reads: “Malawian government ordered vaccine from Zimbabwe and a huge rock was delivered to them.”

A photo shows three masked men in suits standing outside an open shipping container, looking at a large rock inside the container.

The same photo was posted on another Facebook page with over 539,000 followers, claiming the “Malawian government shipped this rock to China to be tested if it is a mineral”.

So, what is the truth behind this photo? We checked. 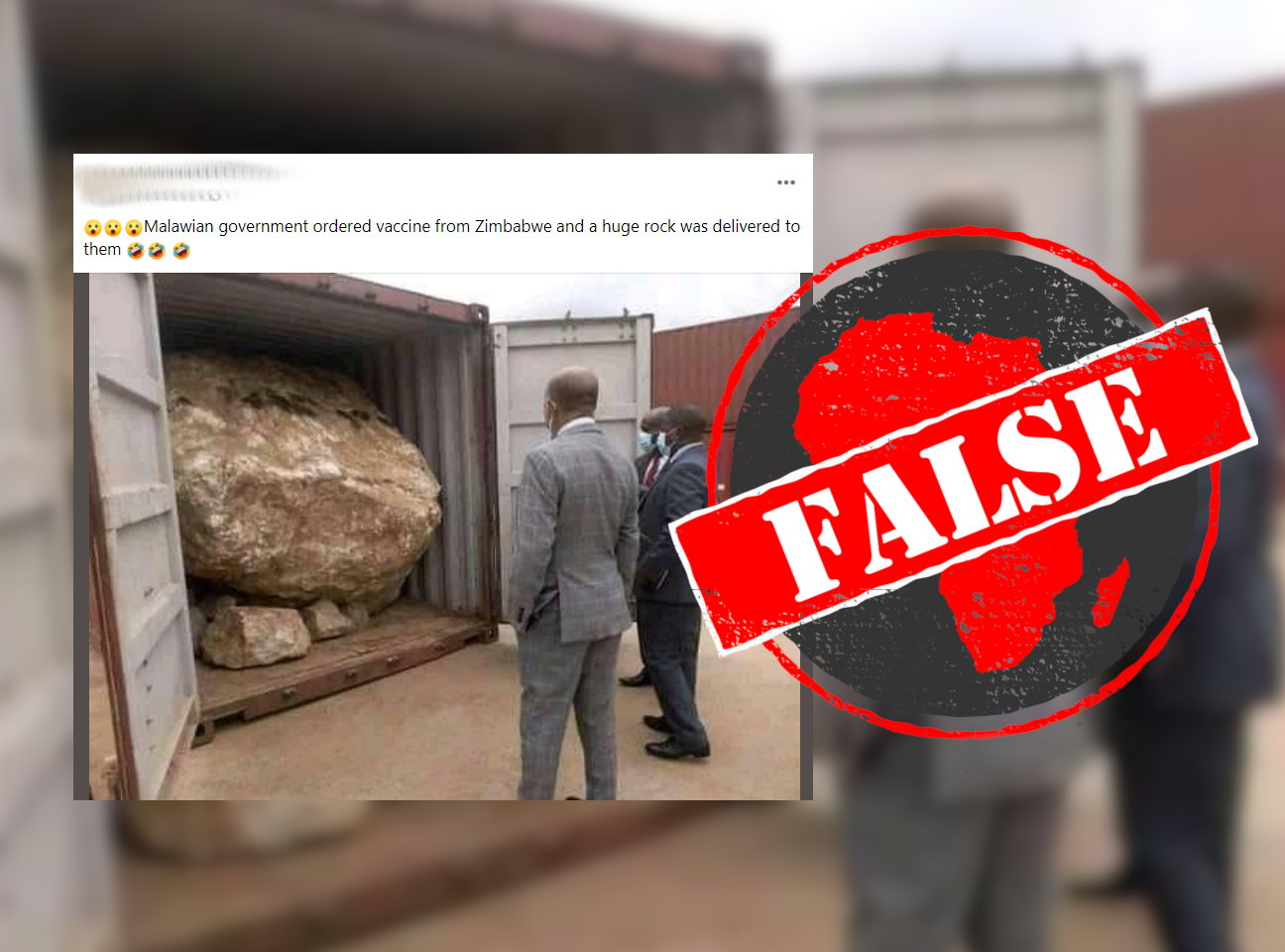 A Google reverse image search of the photo led us to an article from 27 March 2021 published on a Malawian news website.

According to this article, this photo was taken in Malawi’s capital Lilongwe when the minister of mining, Rashid Gaffar, intercepted the export of a rose quartz mineral rock weighing 25 tonnes.

The article says that “officials from his ministry were selling at K2 million and had been earmarked for Asian market.”

It quotes the minister as saying: “I have stopped the exporting of the precious rock because I would like to investigate its true value.”

The BBC reported similarly under the headline “Malawi stops ‘precious stone’ leaving for China”. It said: “Malawi has for the second time stopped the export of ‘a precious stone’ to China because it had been sold below its true value.”

The news outlet shared a tweet of a video showing the container being opened. The tweet reads: “The Minister of Mines in #Malawi, said to be inspecting containers of what Chinese ‘investors’ claim were samples of precious minerals being exported for ‘analysis’.”

The photo doesn’t show Malawian officials being duped about a “vaccine”.