No, photo of former Chadian president’s funeral in 2019, not 2021 funeral of president Idriss Déby Itno

A photo posted on Facebook on 21 April 2021 shows men in robes, their hands raised, standing behind a  casket draped with the flag of Chad.

“The Funeral prayers of late Marshall Idriss Deby Itno the Chadi President,” the caption reads in part. “Sad day for Tchad and west Africa at large.”

Idriss Déby Itno ruled Chad from 1990 until his death on 20 April 2021. He died commanding troops in battle against insurgents from the Front for Change and Concord in Chad.

But does this photo really show his funeral? We checked. 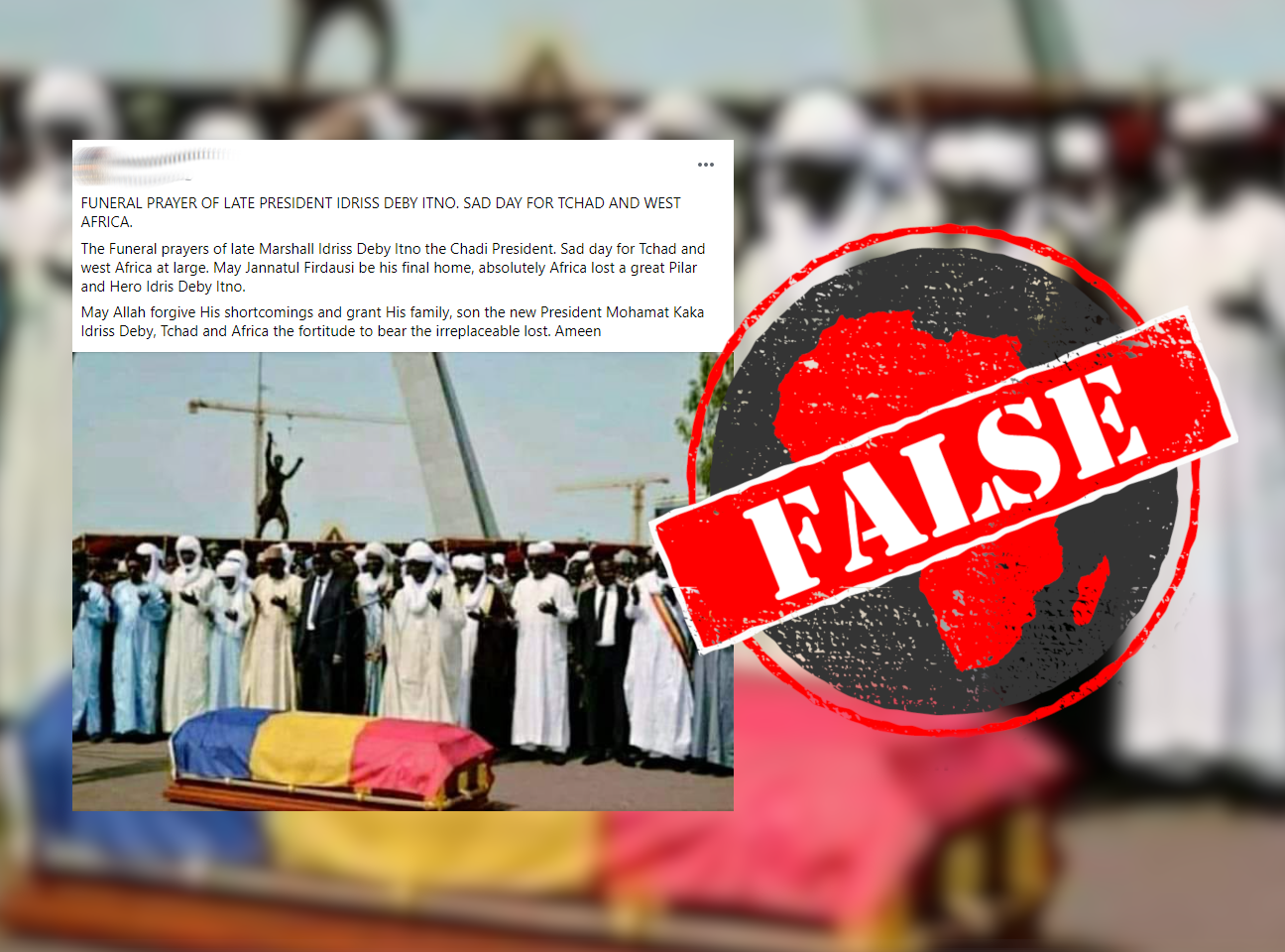 A Google reverse image search reveals that the photo has been online at least since 16 September 2019.

We found similar photos, clearly of the same event, in articles on the French-language news sites Tchad Convergence and Le Pays, both dated 16 September 2019. The reports were on the funeral of Chad’s former president Lol Mahamat Choua, in the country’s capital of N’Djamena.

Choua was president from April to September 1979. He died on 15 September 2019 at the age of 80 following a long illness.

The photo was taken during Choua’s funeral, not Déby’s. Déby’s funeral was on 25 April 2021.