On 20 February 2022, Kenya’s opposition Orange Democratic Movement leader Raila Odinga held a rally at Tononoka grounds in the southeastern coastal city of Mombasa. He is running for president in the August general elections.

On the day, a photo of a huge crowd started circulating on Facebook with the claim that it showed the rally.

This translates as: “This is Tononoka Mombasa. We, the coastal people, endorse Raila’s presidency. We do not want wheelbarrows.”

The wheelbarrow is the symbol of the United Democratic Alliance led by deputy president William Ruto. He is also running for president.

But does the photo show Odinga’s rally on 20 February? 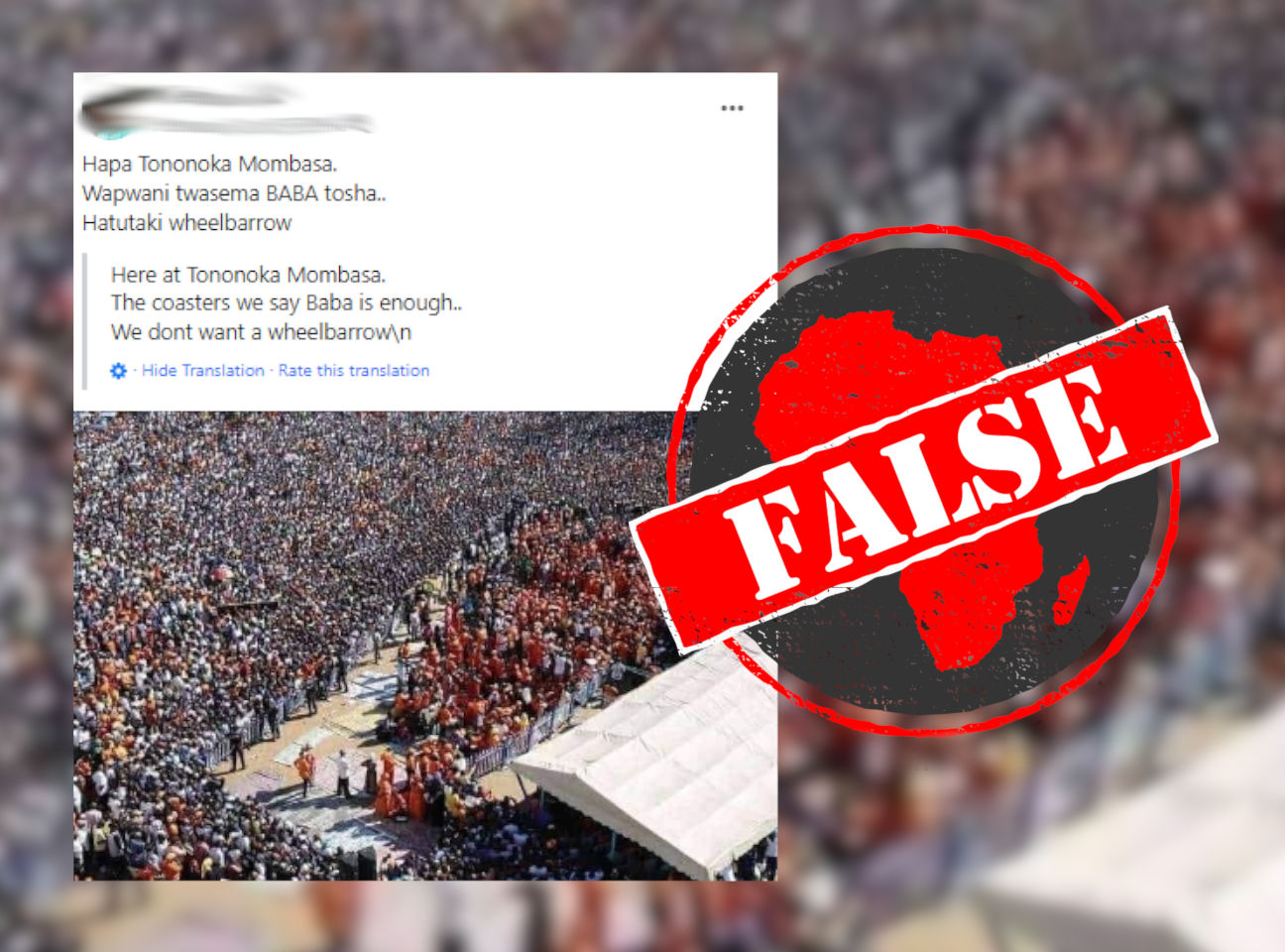 A reverse image search reveals that while the photo does show an Odinga rally at Tononoka grounds, it is five years old.

It was published in an article on the Tuko.co.ke news website on 26 March 2017. Kenya’s previous and disputed elections were held that year – twice.

The photo does not show the February 2022 rally in Mombasa.