No, photo not of Kenyan police officer and suspected murderer Kangogo moments before death

“This is just sad,” begins the caption of a photo posted on Facebook in July 2021.

“Caroline had handed herself to police moments before her body was discovered. Together with her brother she went to police as instructed by them. Moments later she was found dead.”

The photo shows a woman in a yellow hoodie talking to two men in camouflage uniforms similar to those worn by Kenya’s administration police.

The photo appeared soon after reports emerged that a police officer, corporal Caroline Kangogo, had killed two men and gone into hiding. She was last spotted wearing a yellow hoodie and black pants.

Kangogo was found dead on 16 July at her parents’ compound in Elgeyo, Marakwet county. The case attracted widespread media coverage in the country.

But does the photo show her moments before she died? We checked. 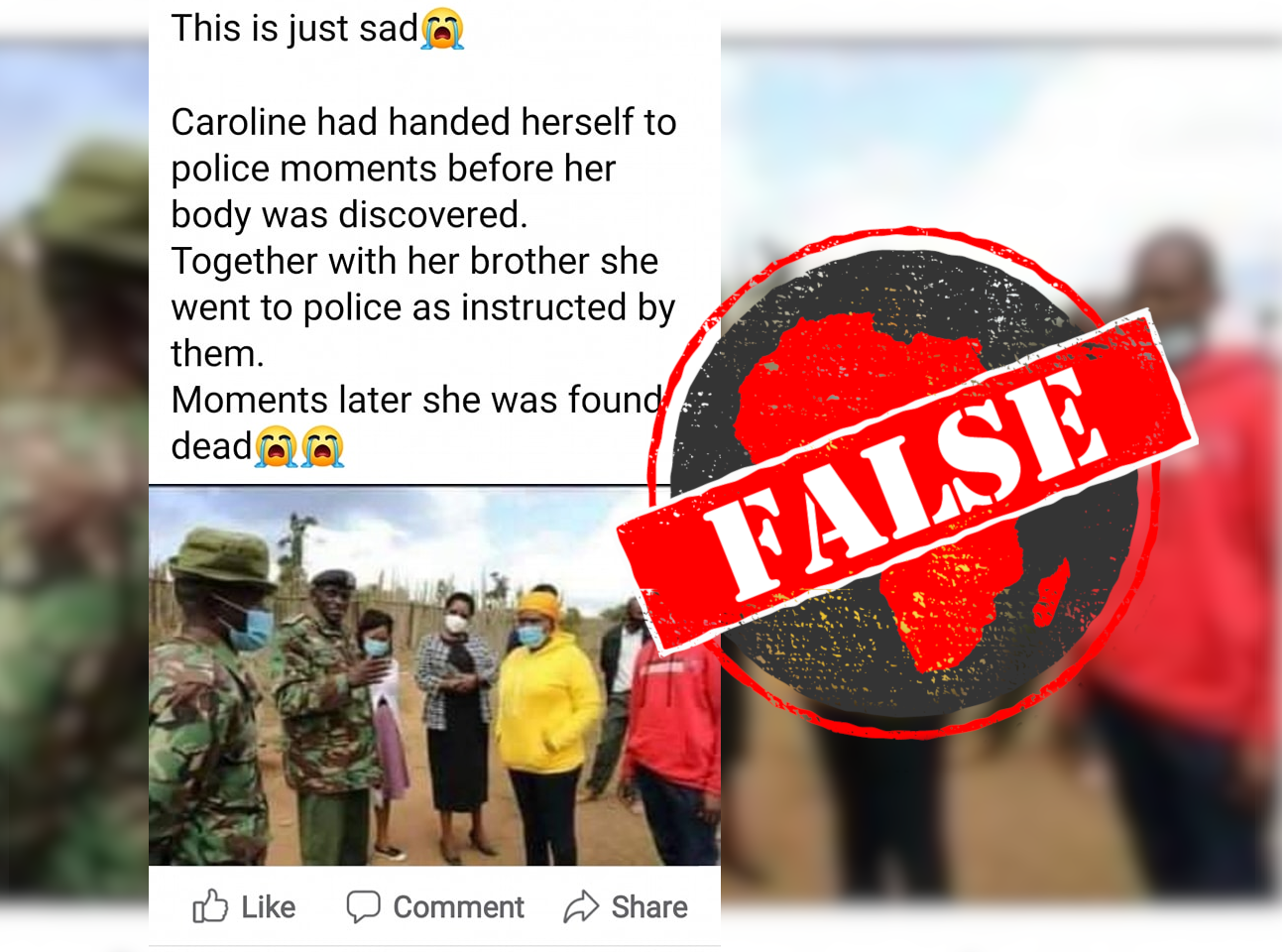 Using a Google reverse image search, we found the photo on the Facebook page of Kenya’s National Gender and Equality Commission, a government body.

The photo was posted on 5 July after the commission rescued a 12-year-old girl who had been gang-raped in Samburu county.

According to the post, the photo shows commission chair Dr Joyce Mutinda with security officers and other officials in Samburu.

“The Commission today facilitated the rescue and evacuation of a 12-year-old girl who was gang raped by two men in Loosuk Division, in Samburu county,” the post reads.

The photo is unrelated to Kangogo, and was taken in Samburu county.