As Ugandans voted on 14 January 2021, a photo of a uniformed man carrying a box surrounded by an angry crowd started circulating on Facebook with the claim it was evidence of voter fraud.

“A police officer nabbed with marked ballot papers beaten ruthlessly by NUP youths manning their votes. We are removing the dictator,” one caption read.

NUP is the National Unity Platform, an opposition party led by Robert Kyagulayi, popularly known as Bobi Wine. A day before the polls, Wine alleged that president Yoweri Museveni’s government was planning to rig elections.

But does the photo show his supporters confronting a police officer carrying doctored ballots? We checked. 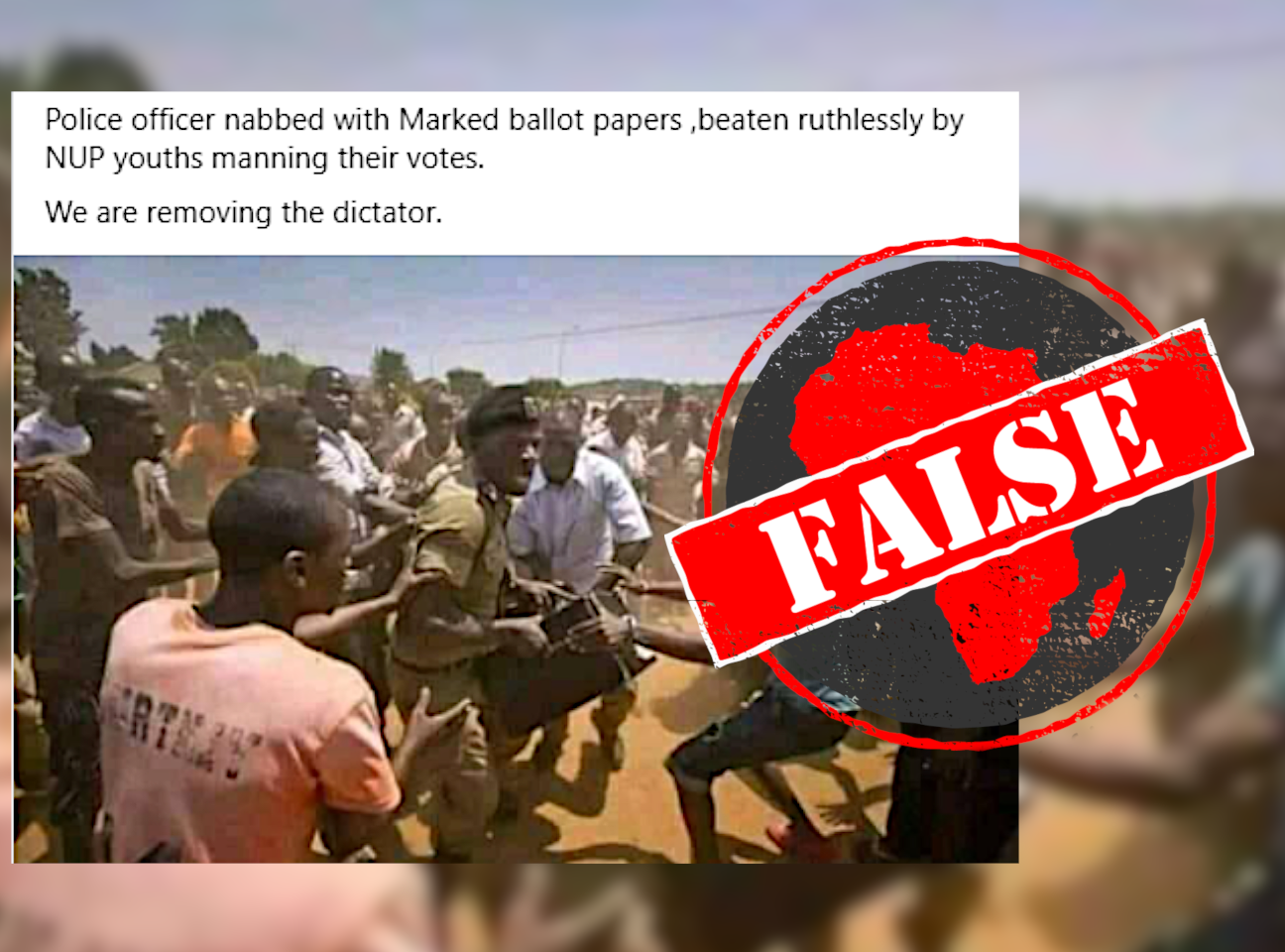 A reverse image search reveals that the photo was first published in February 2016, during Uganda’s previous general election. But in 2016 Museveni was competing against Kizza Besigye of the Forum for Democratic Change, not Wine.

In 2017, Wine won the Kyadondo East constituency parliamentary seat in a by-election, but as an independent candidate. Kyadondo is in the Ugandan capital, Kampala.

The photo was published in the US-based Wall Street Journal on 18 February 2016, described as showing people who had been waiting for hours to vote surrounding a police officer carrying voting material.

Its caption reads: “A policeman struggles Thursday to keep hold of a box containing voting material, as excited voters surround him after waiting over 7 hours without being able to vote, at a polling station in Ggaba, on the outskirts of the capital Kampala.”

The NUP did not exist in 2016, and there is no evidence the box held market ballot papers.