No, photo of woman struggling to get water from basic well taken in Togo, not Kenya

A photo posted on a Kenya-based public Facebook group page in June 2021 shows a woman on the ground, reaching most of her body into a large muddy hole. Three water containers can be seen next to her. Text on the photo reads: “Governor Kiraitu Boreholes”.

The photo is captioned: “Only Kawira Mwangaza will save us. Billions za maji kiraitu amepeleka wapi?” The second sentence, in Kiswahili, translates as: “Where did Kiraitu take billions meant for water projects?”

Kiraitu Murungi is the governor of Kenya’s Meru county. Kawira Mwangaza represents the county in the national assembly. The two are political rivals.

The group page the photo was posted on has more than 38,000 members. But does the photo show a woman struggling to get water out of a basic well in Meru county? We checked. 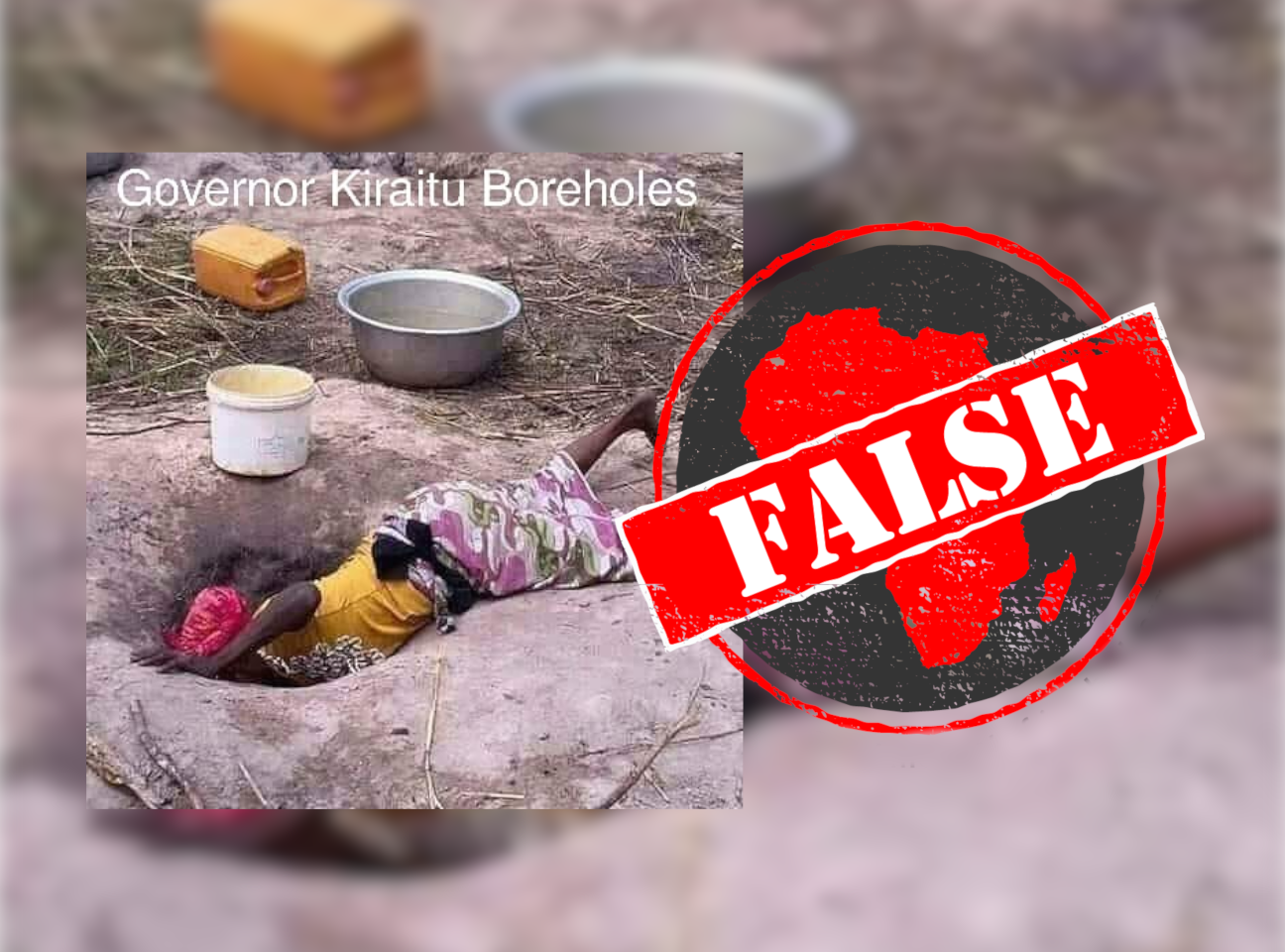 A machine translation of the caption in one of the articles reads: “A woman fetching water in the Dapaong region of northern Togo.” Togo is a country in West Africa. It’s more than 4,000 kilometres from Kenya, on the continent’s eastern coast. Dapaong is a city in northern Togo.

The photo is more than four years old, and was likely taken in Togo. It doesn’t show a “borehole” in Kenya’s Meru county in 2021.